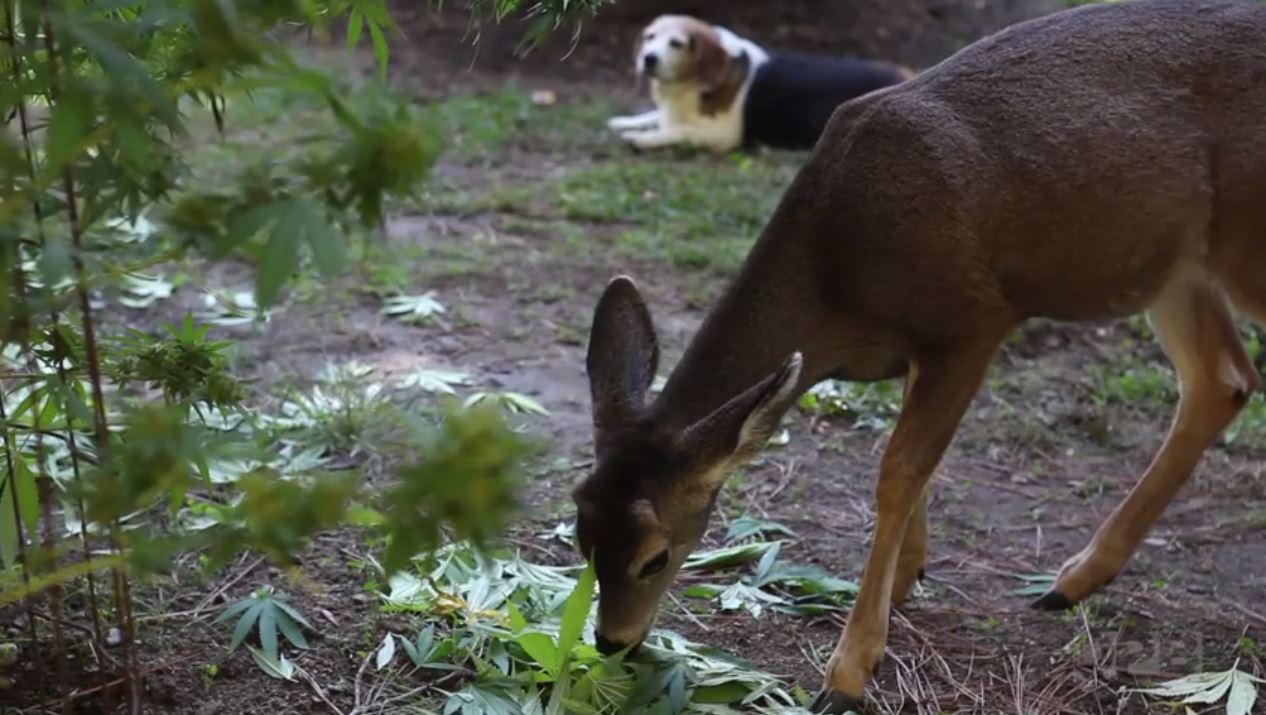 Whitetail is a grass fan

Well, here’s an unexpected development in the emergence of legal grow operations in the U.S. Richard Davis, a medical pot grower in Oregon, has acquired an unusual helper: a white-tailed deer. Apparently, the deer, named Sugar Bob, likes to follow Davis around to clean up the trimmings and nibble on the the occasional bud. It also likes to take long naps. No word on whether it gets the munchies, or if wild whitetails in the area are also taking up the habit. That could certainly lead to some interesting ungulate interactions: “Hey, be a deer and pass the Cheetos, would ya?” Check out the video to see Sugar Bob in action, and then lay down.