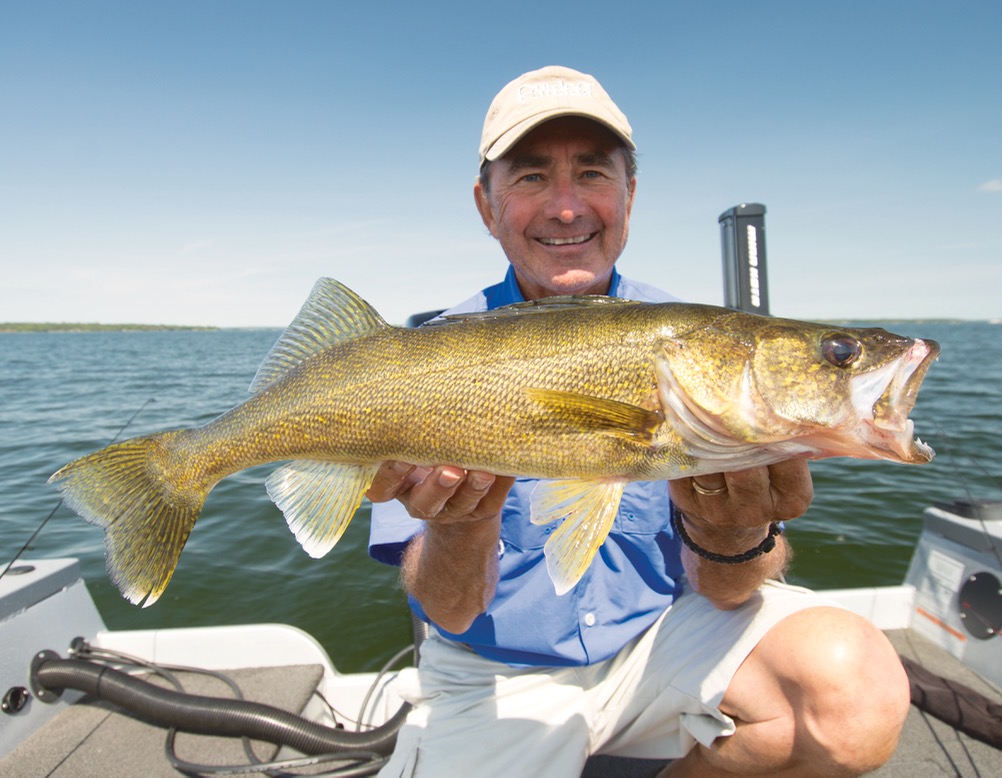 Pro secret: How to catch both numbers and sizes of walleye

Think you can’t land a lot of walleye, and big ones, too? Think again

Is it any wonder walleye are the favourite catch of Canadian anglers? We have tens of thousands of waterbodies that host staggering populations of these fabulous fish. Walleye can also get nice and big, with many lakes and rivers boasting eye-popping numbers of eight- to 10-pounders. Plus, walleye are relatively easy to find, they’ll attack an assortment of offerings, they fight well and they make for mouthwatering meals.

What’s not to love, right? Still, many walleye anglers miss out on the fish’s full potential because they don’t distinguish between fishing for numbers of walleye and fishing for trophies. Here’s how to catch numbers of fish, big fish, or both.

There are no ifs, ands or buts about it—1/8- to 3/8-ounce jigs tipped with minnows, leeches and nightcrawlers have caught more walleye than all other presentations combined. Most seasons, more than 2,000 walleye cross the gunnels of my boat, and a healthy percentage of them have a jig in their mouth.

Jigs let you control the depth you’re fishing better than any other presentation, whether you’re casting, trolling, strolling or presenting them vertically. And you can fish them quickly, erratically or dead slow. It’s because of this immense versatility that jigs should be the number one lure in your walleye tacklebox—if you’re after numbers of smaller fish. But I can’t recall the last walleye weighing more than 10 pounds that I caught on a typical 1/8- to 3/8-ounce jig-and-live-bait combination.

I also love to troll for Waldos. There’s just something exciting about marking a large school of fish scattered across a feeding flat and targeting them with a slow-death presentation—a curved hook dressed with the head of a nightcrawler or, better yet, a scented soft-plastic worm. Trolled three feet behind a one- to three-ounce bottom bouncer, it corkscrews through the water, driving walleye berserk. It’s money in the bank. As much as I love the slow-death tactic for catching scores of smaller walleye, however, it has likewise never produced a single trophy-sized fish for me.

As with trophy trout, bass, muskies, pike and panfish, big walleye behave quite differently than the smaller, younger members of their population. The reason is simple—walleye devour prey fish in proportion to their body size. Specifically, big walleye seek out and eat big baitfish, while smaller walleye prefer smaller meals.

Knowing this, my number one big-walleye presentation over the past decade has been a heavy (half- to one-ounce) saltwater jig head with a long-shank, 2/0 to 4/0 hook dressed with a five- or six-inch soft-plastic paddletail. On my best day ever using that combo, two other anglers and I caught a dozen double-digit fish, topped off by a 35-inch, 15-pound behemoth. My second most effective tactic for putting big walleye in the boat, meanwhile, is to troll long, slender crankbaits.

I get these big results because I always have a swimbait or crankbait at the ready for those times when I mark walleye on my sonar and I suspect they’re large. That’s something I learned after long stubbornly trying to catch them with a jig and live bait or slow-death presentation, wasting plenty of time and effort in the process.

The key is to differentiate between situations that scream giants and those that whimper babies. Any time you find walleye suspending in deep water off the edge of a structure, for example, the biggest mistake you can make is to finesse the fish with a traditionally small walleye offering. If a main-lake hump tops off at, say, 27 feet, your best bet is to troll a slender five- to seven-inch crankbait across the bottom and out off the edge—and hold on for dear life.

To really have your walleye cake and eat it, too, you need to have three or four rods rigged with different presentations—some geared to targeting numbers of smaller fish and others set up to fight the big ones. That way, you’ll always be prepared to catch fish, in terms of both numbers and sizes.

Catch Gord Pyzer on The Outdoor Journal Radio Show on The Fan 590. See www.odjradio.com for times.