We overuse the term "game changer" to describe fishing products, but this is one

I think we over use the term “game changer” to describe fishing products, but after ice fishing all winter with a Rapala Concept Multiplier ice reel, I have to admit, I am at a loss to find a better term to describe it.

The reel is an absolute beauty—though not without its shortcoming, which I’ll touch on shortly—but still, it’s mighty close to perfection on the ice.

The reason I like single-action reels for ice fishing is because they cut line twist out of the equation. Most anglers don’t realize, especially when they mount a small spinning reel to the handle of their ice rod, just how much twist it imparts. Some of it is a product of line memory on the small spool, some is from reeling in fish when the drag is turning and even more is a result of the fact that the lures we typically use when ice fishing spin when we reel them in.

No matter how the twist gets there, however, there are few things that a cautious walleye, yellow perch or black crappie detests more than staring at a lure or bait that is spinning in circles. It is why you hear so many anglers saying they can see a fish on their sonar screen, with its nose planted on their lure, but they can’t get the darn thing to bite. 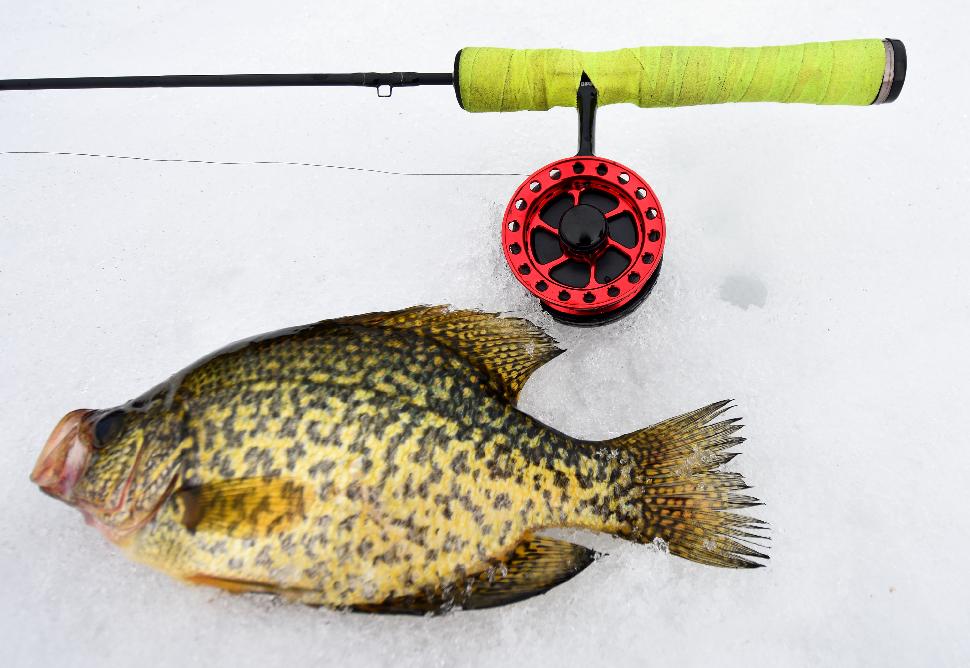 A single-action centre spin-style reel is just so much more line-twist efficient and the Rapala Concept Multiplier takes it to an even more responsive level with its large spool.

The oversize arbor, on the other hand, means you should always first spool it at least three-quarters full with an inexpensive mono backing that will never see water, and then top it off with the premium line and leader you intend to use when you ice fish.

When you do this, the large spool will work in concert with the Concept Multiplier’s 3.1:1 gear ratio allowing you to retrieve gobs of line fast, making it ideal for deep water lake trout and whitefish.

And whille we are talking about lake trout, the thing I found most exciting about the Concept Multiplier is how I could fully control the fall of my lure when I put it in free spool mode.

If you’ve never used a centre spin style reel before, it will take a little getting use to, as you can have line over run, but if you put your finger under the revolving spool—like a steelheader checking his or her float in the current—you can perfectly control your falling bait. 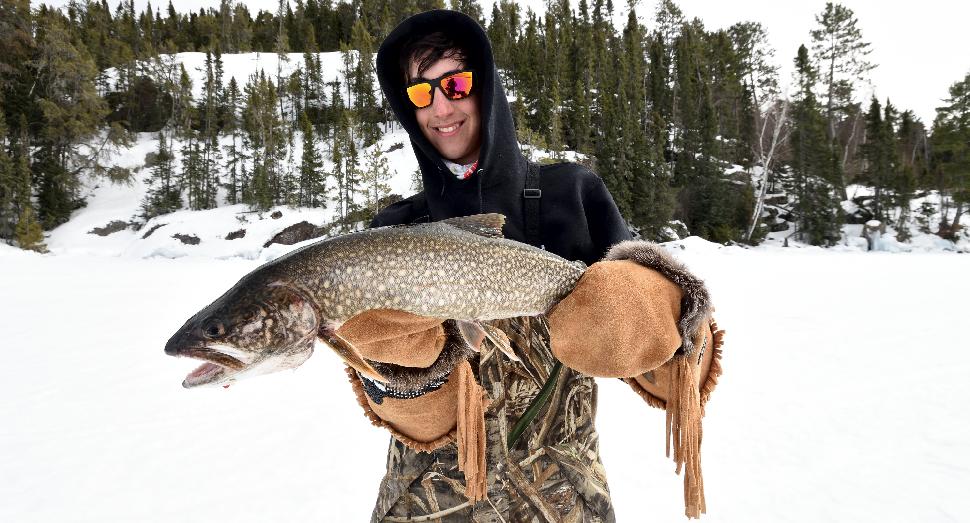 Indeed, I cannot tell you how many lake trout I caught this winter after I engaged the free spool, placed my second finger under the revolving spool to control it and watched a trout come roaring up to eat my tube jig as it was falling and circling like a ciscoe, smelt or shiner on its deathbed.

All I had to do at this stage was turn the handle once to engage the reel and it was game on. Can’t say enough good things, too, about the super smooth drag system.

So, what is the downside?

Well, the darn thing only comes in a right hand retrieve which, for me at least, is a drawback. I hold my rod and manipulate my lure with my right hand so when a fish hits, I turn the handle and retrieve line quickly with my left hand.

Can’t tell you how many times I saw a fish come up, slam my lure and then I tried to turn a handle that, well, wasn’t there.

The Rapala Concept Multiplier Centre spin ice reel features a machined aluminum frame that is anodized to resist corrosion and comes with large EVA handles that you can easily find and turn when you’re wearing thick gloves.

It is a sweet reel, that I would award five stars, if only they made it in a left hand retrieve option.