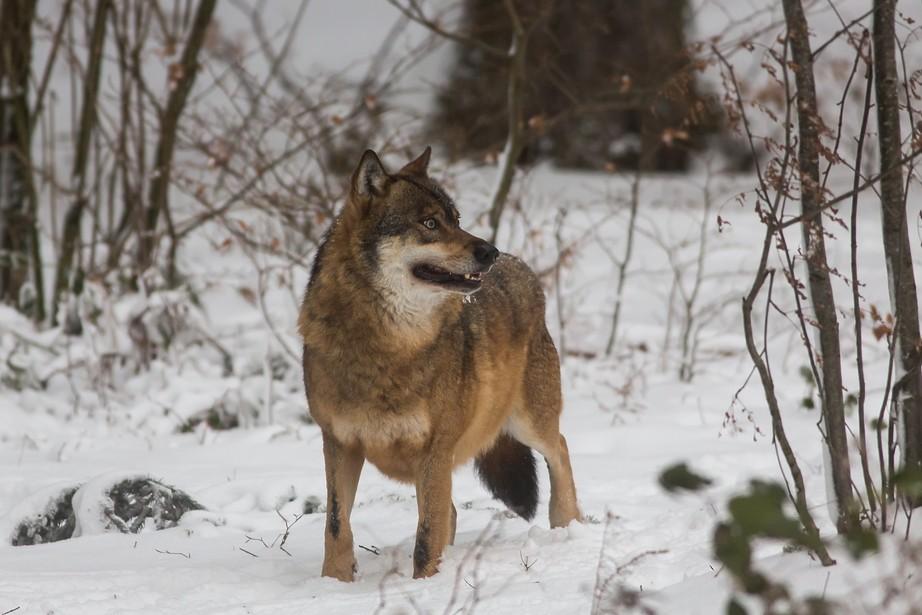 Rethinking the way we manage wolves in Canada

Having spent most of my life pursuing big game in wolf country, I’ve had lots of time to hang out with our four-legged fellow hunters. Heck, I’ve even cheered them on.

That happened one day in southwestern Alberta, when my daughter and I sat on a hilltop with a spotting scope and watched three wolves work a big slope across the valley. There were several groups of elk and whitetails scattered across the same winter range, but the animals were alert and at the ready whenever the wolves approached. Each staring match ended with the wolves moving on.

At one point, though, a wolf headed around an aspen clump toward an unsuspecting doe and fawn. “Stay in the bush,” I muttered. It felt as though I was watching a hunting buddy at a distance. “Just a bit more and you’ve got them cold.” But the wolf swung too wide—two tails flashed white and the deer were gone. The wolves eventually vanished into the timber, and the elk and deer resumed their feeding.

Such coursing and testing behaviour is why our brother wolves could actually help ensure the future of hunting in parts of Canada—if we rethink the entire way we manage both wolves and their prey. This is especially the case where game farmers who imported sick elk have unleashed an epidemic of chronic wasting disease (CWD) on our wildlife ranges.

Ever since a Saskatchewan hunter killed the first sick deer outside a game farm in 2000, this variant of mad cow disease has been spreading in wild herds. CWD-infected deer and elk lose their alertness, then their coordination, and slowly waste away to skeletons before dying—all the while spreading the infectious agent across the landscape through their saliva, urine, droppings and antler velvet.

Had there been a CWD-infected deer on that winter range my daughter and I watched, we would have likely seen a kill. A disease that affects its victim’s ability to detect and avoid danger is custom-made for wolves because, unlike us, wolves are always on the alert for any sign of weakness or vulnerability in their prey. To a wolf, a sick animal is a gift.

Alberta and Saskatchewan try to manage CWD by encouraging hunters to kill plenty of deer, giving out extra hunting tags and extending the season. It’s basically a lottery approach—harvest a lot of deer and hope you get the sick ones. But humans, unlike wolves, try not to kill obviously sick animals, so it’s a pretty dumb strategy. And it hasn’t worked.

The way we manage wolves is pretty dumb, too. Hunters often beat the drum for science-based management, but in the case of wolves, tradition and prejudice have always trumped science. Most Canadian jurisdictions, worried about potential livestock predation, basically allow the predators to be killed on sight much of the year. The resulting random kills, ironically, actually create more wolf problems.

Wolves are territorial pack animals whose hunting habits are learned. The dominant pair in each pack discourages the others from breeding, and the pack defends its hunting territory from other wandering wolves. But if an alpha animal is shot and killed, the pack can break up and the one breeding pair gets replaced with two or three new pairs.

If wolves become a problem for livestock, on the other hand, a science-based approach would target specific wolf packs, not encourage the killing of any wolf that makes the mistake of stepping into a snare or the crosshairs of a gun. And where CWD is rampant in deer or elk, wolf populations should be sustained or encouraged—they’re about our only remaining hope for restoring the health of infected herds.