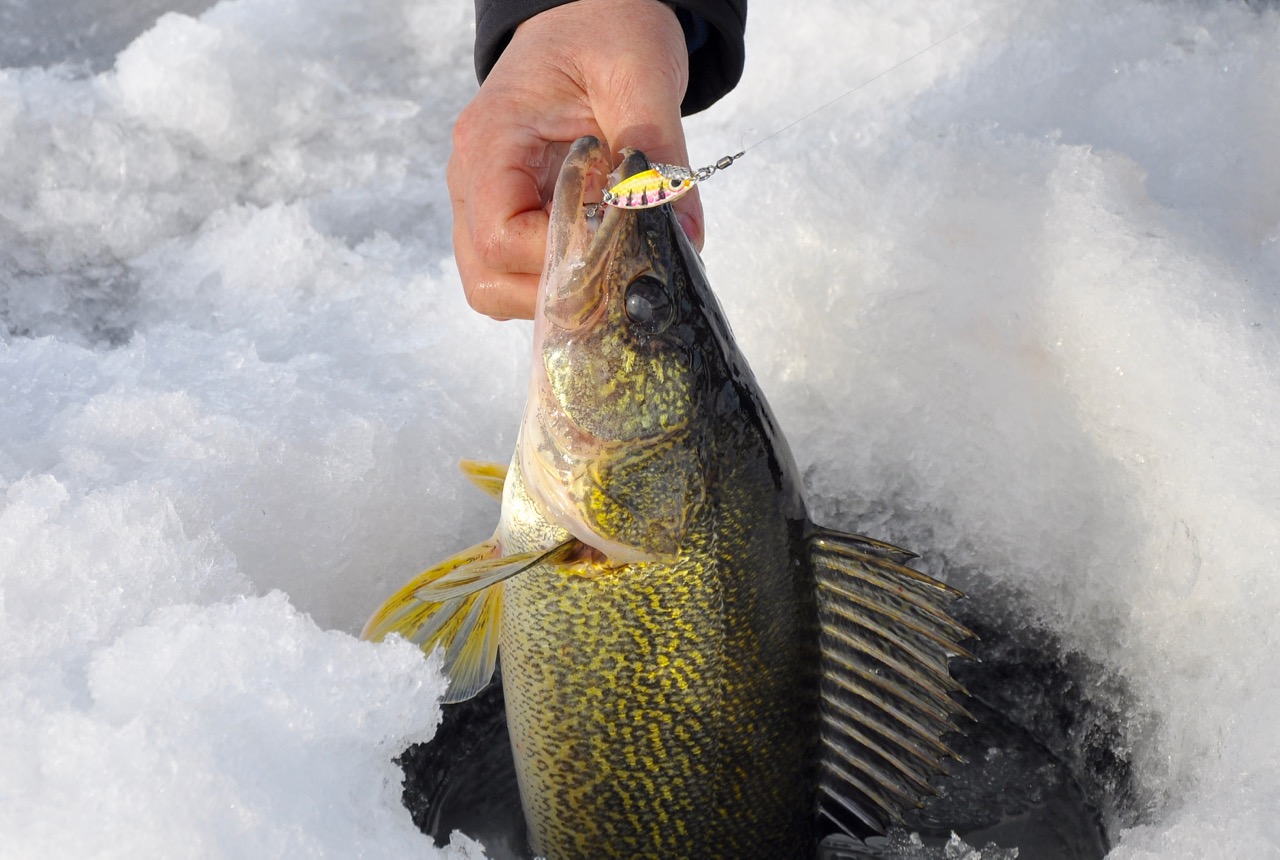 How to run-and-gun for big winter walleye

To catch winter walleye through the ice, you need to stay mobile

Key to this tactic is understanding that walleye are less active during the winter months, with the cold water slowing down their metabolism. They don’t move as much, and require far less food to stay alive. For most of the day, these lethargic fish drop into deep water to conserve energy and hide from larger predators.

Even though their metabolism has slowed, walleye still need to eat, however. I’ve found that normally happens early in the morning and during late afternoon. Just before daybreak, the fish will become more active and move from the depths into shallower water. Along the way, they’ll inhale crayfish off rock piles, trap minnows against ledges and break lines, and cruise sand flats and riprap areas, picking off a variety of unsuspecting aquatic creatures. Once they’ve finished feeding, they’ll slide back into deeper water. Then late in the day, they’ll repeat the process and once again move up from the depths into shallower water to feed, often in the same areas as earlier in the day.

The beauty of this feeding pattern is its predictability, enabling you to get in position to intercept the walleye at both the beginning and the end of the day. Sitting in just one spot will only give you a short window of opportunity to catch the fish as they pass beneath, but if you can move with them, your bait will be seen by a lot more fish.

It’s also important to note that the timing and duration of each feeding run can vary throughout the season. At first ice, walleye are still quite active, and they’ll often move back and forth from deep to shallow water throughout the day. In the dead of winter, the feeding window may only be a few minutes, but in the days leading up to last ice, the fish will stay on the feeding grounds longer in the mornings and arrive earlier in the evenings as they bulk up for the spring spawn.