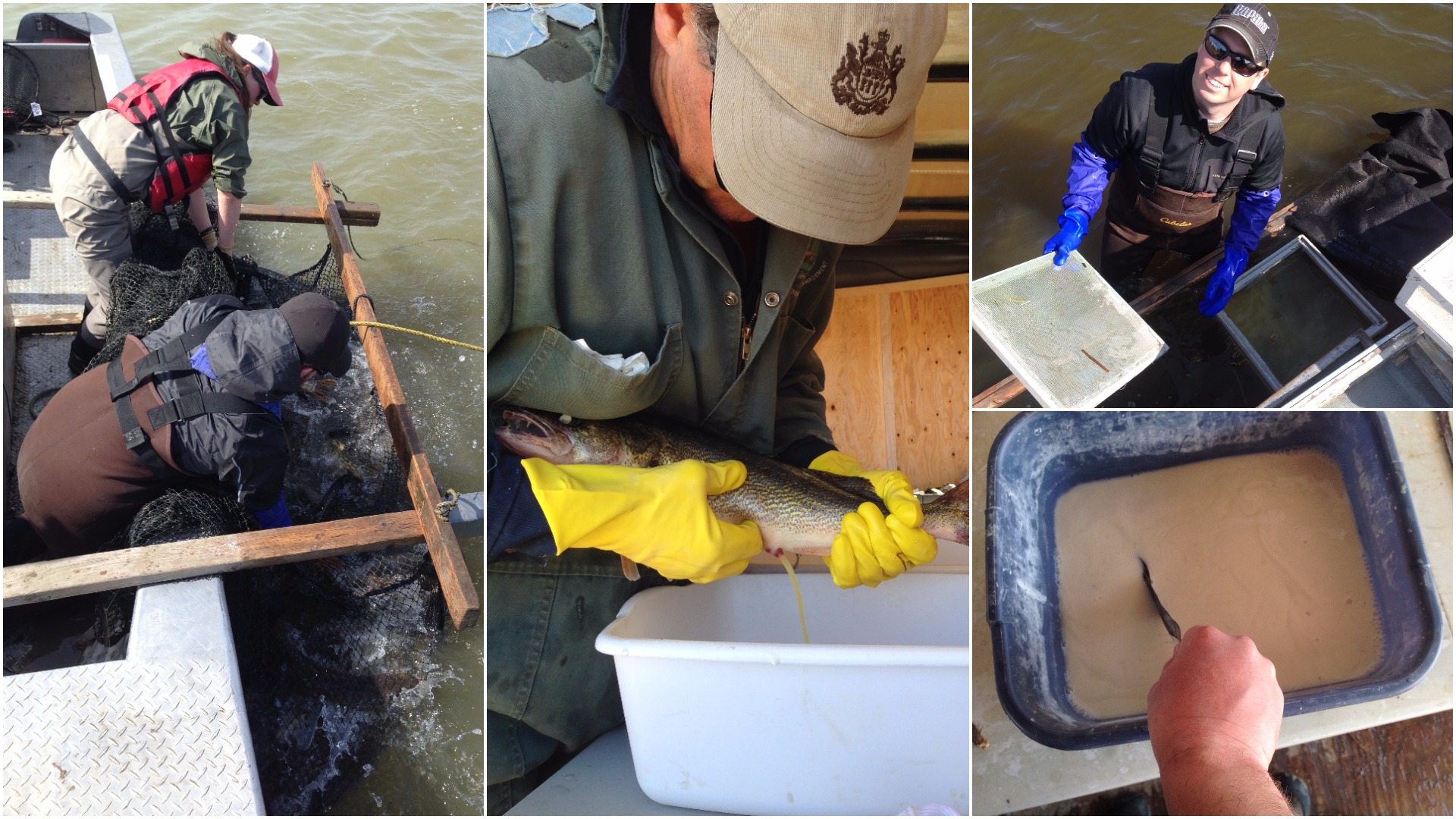 The Saskatchewan Wildlife Federation once again helped gather walleye spawn this past spring to fuel hatcheries and create more walleye-fishing opportunities in the province. In all, staff from the SWF and the Fort Qu’Appelle Fish Culture Station collected and fertilized 25 million walleye eggs.

Led by the provincial Ministry of Environment, the collection took place over three weeks during the spring walleye spawn at camps on Buffalo Pound and Pascua Lakes. “We catch them on the way up to their spawning areas in downhaul trap nets,” says the SWF’s fisheries project coordinator, Adam Matichuk, noting the nets do not harm the fish, which are then released.

At the camps, participants headed out by boat every morning to check the nets, releasing any bycatch and bringing the walleye to an onshore station to determine whether the females were ready to spawn. If any fish were found to be ripe, the eggs were squeezed out and collected that same day. “If the fish are still green, we’ll hold them in a retainer for a few days to see if they’ll ripen up,” Matichuck says. “We also take the milt from the males.”

Staff fertilize the eggs on site, typically mixing the milt and eggs from three different male and female fish. “We stir them with a feather because they’re very fragile. If you use something hard like a spoon or stick, they could smash,” Matichuck explains. “We add some water and a clay solution, which keeps them from sticking together. If you don’t add that, they’ll clump up. Once they clump, they get a fungus and die.”

The fertilized eggs are then left to harden enough that they can be safely transported to the hatchery. After two to three weeks, between 50 and 70 per cent of the eggs hatch. Within a day or two of that, the staff uses the fry to stock small lakes and reservoirs around the province, many of which don’t have suitable spawning habitat.