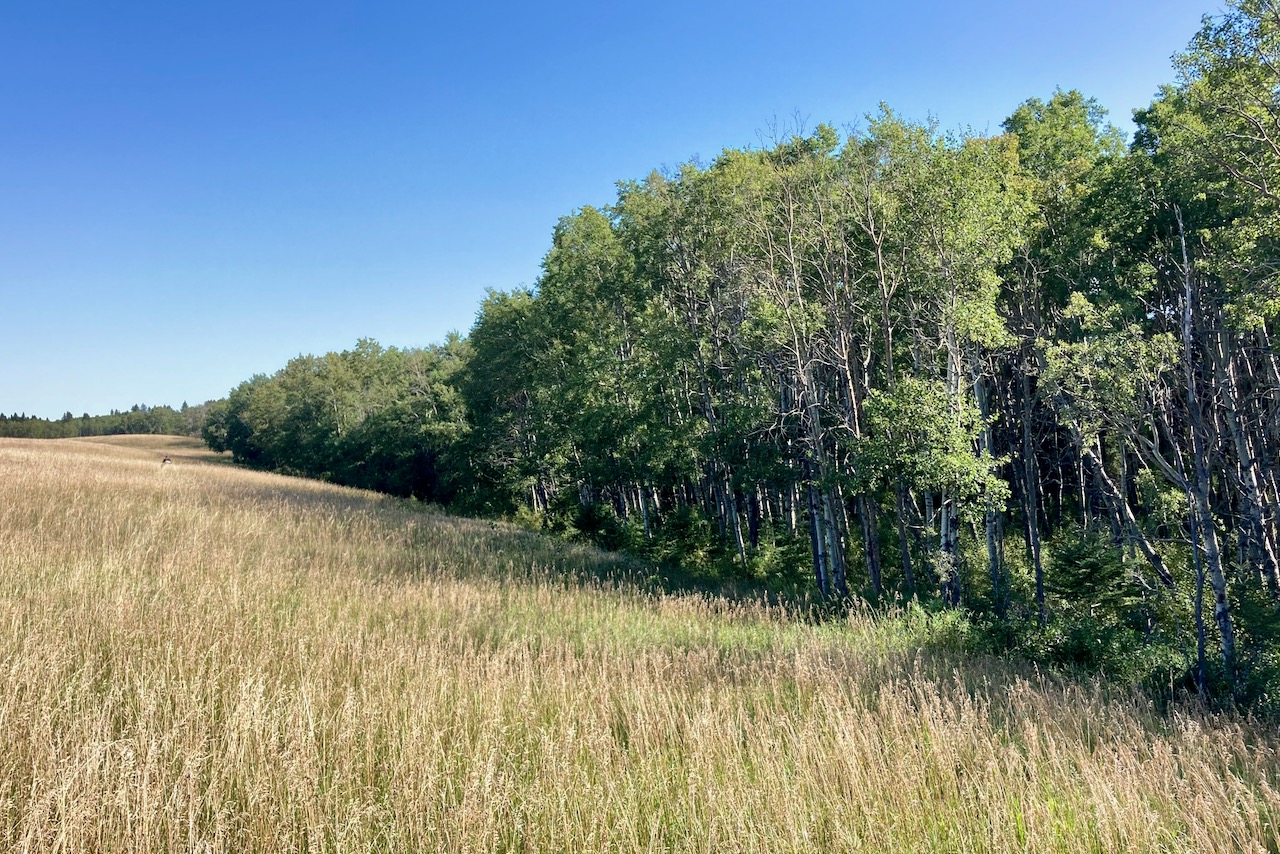 This past August, the Saskatchewan Wildlife Federation made the single-largest land purchase in the 44-year history of its Habitat Trust Fund program, taking ownership of a 378-hectare parcel of land near Crystal Lake. Featuring a diverse mix of spruce and poplar forests, native prairie and riparian zones, the property southeast of Preeceville is referred to as the “Lisoway parcel,” named after the family that once owned it.

“It’s good habitat for moose, elk, whitetails, birds and, with the Assiniboine River running through it, amphibians and reptiles,” says the SWF’s director of habitat lands, Darren Newbury. “It’s a unique parcel.”

And while the land’s diversity is one of its main draws, the fact it’s one unbroken parcel is the real attraction, he says. “As far as we’re concerned, every piece of habitat is a good one,” Newbury says. “However, when you can buy one connected block of wildlife habitat, it helps with connectivity. That’s a great thing.”

As more and more property in Saskatchewan gets scooped up by developers or converted into farmland, the goal of the Habitat Trust Fund is to conserve land in perpetuity for wildlife. According to Newbury, management decisions for the trust’s properties are based on what’s best for the wildlife.

“Sometimes, the best management activity is to leave it as it is,” he says. “We do what we feel is best for the land, and the wildlife that live there.”

Currently, the SWF owns roughly 30,750 hectares of land across the province. Hunting and fishing are allowed on the properties, and permission to access them is automatically granted to SWF members. Non-members must request permission in writing, via email to permission@swf.sk.ca. And while successful hunters are allowed to use a vehicle to extract downed game, access is otherwise by foot only.

As for the new Lisoway parcel, Newbury says the SWF is excited about protecting yet another piece of prime wildlife habitat. “Who know what’s going to walk or fly out of the bush when you’re there!”