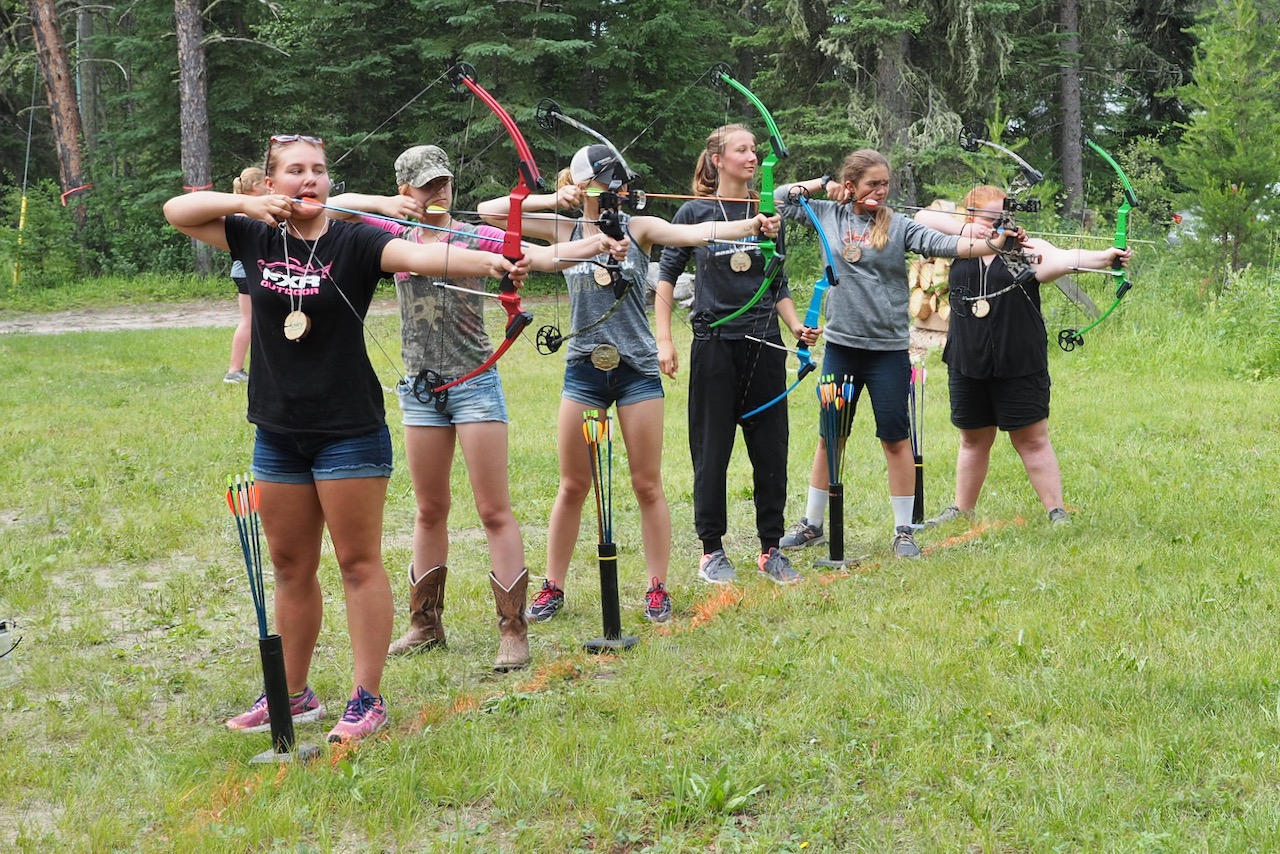 In another sign that Canada is turning the corner on COVID-19, the Saskatchewan Wildlife Federation has announced the resumption of its popular Youth Conservation Camp this summer. Slated to run for two consecutive weeks in mid-July at the Hannin Creek Education and Applied Research Centre on Candle Lake, the program had been put on hold the past two summers because of pandemic restrictions.

There will be one camp for girls from July 15 to 21, and another for boys running July 22 to 29. Open to youths aged 12 to 15, the program was created to provide hands-on education about a wide range of outdoor skills, says the SWF’s education director, Doug Gibson. The main goal is to help kids further their outdoor knowledge and confidence, he says. “Some of them have a good idea of hunting, fishing, conservation, but basically, we’re opening up the door to turn them into leaders.”

During their time at camp, the youths will get a chance to learn a variety of outdoor skills, including archery, canoeing, air-rifle shooting, trapping, wildlife and plant identification, survival techniques, camp cooking and orienteering, including the use of a map, compass and GPS. There will also be fisheries studies, and more.

According to Gibson, the outdoor skills acquired will help the participants in other aspects of their lives, too. “It’s about getting the kids to come out of their shells, and to improve how they work with others,” he says. “It helps mould them into better young adults.”

Each camp has room for up to 24 participants, and the deadline to apply is May 15. As part of the application process, candidates are asked to share information about themselves and their interests, and explain why they believe the program would benefit them. While preference will be given to youths connected to local SWF branches, any child between ages 12 and 15 is eligible.

“We would like to give everybody a shot. Kids who are members of a local branch might benefit more because there’s a chance at sponsorship from the branch,” Gibson says. “That being said, if there were kids who really wanted to come and, judging by the application, the camp could really benefit them, they don’t have to be part of a branch. It just means they have to pay the registration fee of $250.”

Shortly before the pandemic hit, the SWF had also launched a Youth Conservation Leadership Program, geared toward 16- to 18-year-olds who had previously attended the Youth Conservation Camp. That program only ran once before pandemic restrictions also put it on hold. It was aimed at refreshing youth camp participants on what they already learned, then adding in new outdoor skills and preparing them to become camp counsellors themselves for the younger groups.

While the closures of the past two summers still have the youth leadership program on hold, Gibson is optimistic about the future. “We’ve had a two-year gap in our conservation camp cycle,” he says. “So, it’ll be nice to fill those gaps and get back on track.”