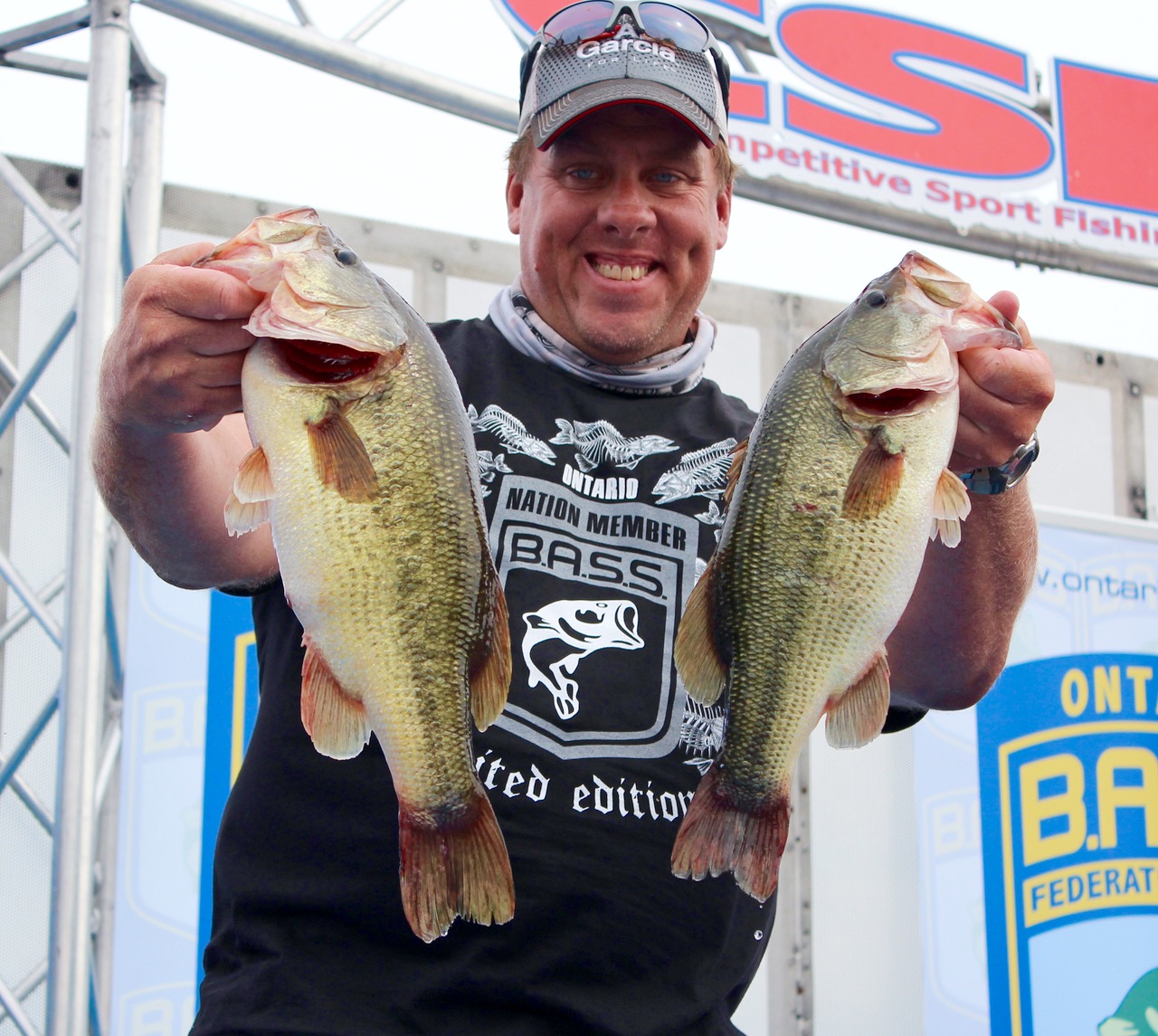 This biologist (and pro angler) studies fish survival. Here’s how bass tournaments can do better

Bass tournament organizers and competitors need to better coordinate their efforts to ensure optimal livewell conditions for bass. So concludes a report by Ontario fisheries biologist Jason Barnucz, released this past March in Birmingham, Alabama, at the Bassmaster Classic’s Conservation Summit. Conservation directors from some 40 states attended the highly respected gathering, organized biannually by the U.S.-based Bass Anglers Sportsman Society to showcase the latest bass science and related issues of the day. Representatives from several state resource agencies were also present.

Research for the new report was conducted late last September during the two-day Ontario BASS Nation (OBN) Championship Qualifier Tournament on Ontario’s Rice Lake. As OBN’s conservation director, Barnucz led the study in cooperation with the Competitive Sport Fishing League, which helped organize the tournament. The goal was to determine how well the competitors and tournament officials cared for the bass until they were live-released after the weigh-in.

“All of these must be monitored to ensure proper fish care and to identify potential issues through the process,” Barnucz told summit attendees. “To do that, OBN president Dave Spence and I paid special attention to the three primary factors affecting fish care: oxygen, temperature and fish waste.”

Barnucz says he saw no difference in the water quality between the first and second days in the weigh-in tanks, troughs and live-release boat, and that it actually exceeded the standards recommended for competitive bass tournaments. The water quality was poorer, however, in the boat livewells on the second day, which Barnucz attributed to the competitors’ reliance on recirculation rather than the auto-fill function for managing their livewells.

Simply put, Barnucz told his fellow conservation directors gathered at the summit, the study demonstrated that the recirculating feature, which the anglers thought was better for the health of their fish at the shallow weigh-in holding site, really wasn’t doing the bass any favours. “When we asked them to not use that feature on day two, and to pump in fresh water instead,” he says, “we found it provided higher oxygen levels and cooler temps, and eliminated waste produced by the fish in their livewells. So, ultimately, this was better for the health of their bass.”

Moving forward, Barnucz says anglers and tournament organizers alike should consider a few takeaways from the study. First, anglers should manage their livewells using the auto-fill setting to better regulate the water temperature, as well as the oxygen and waste levels. And tournament organizers should monitor water temperature and oxygen levels prior to the weigh-in, not just during it, to determine the baseline conditions for the weigh-in tanks, troughs and live-release boat. Access to such information before the weigh-in even begins is crucial if organizers hope to identify and mitigate any potential problems.

Also, organizers and competitors must work closely together to maximize conditions for the long-term survival of the fish, Barnucz advises. This includes discussing plans for fish care, such as livewell management, at each event. Our treasured bass, he says, will be much better off for it in the end.

Learn more about the study at www.outdoorcanada.ca/obnstudy.