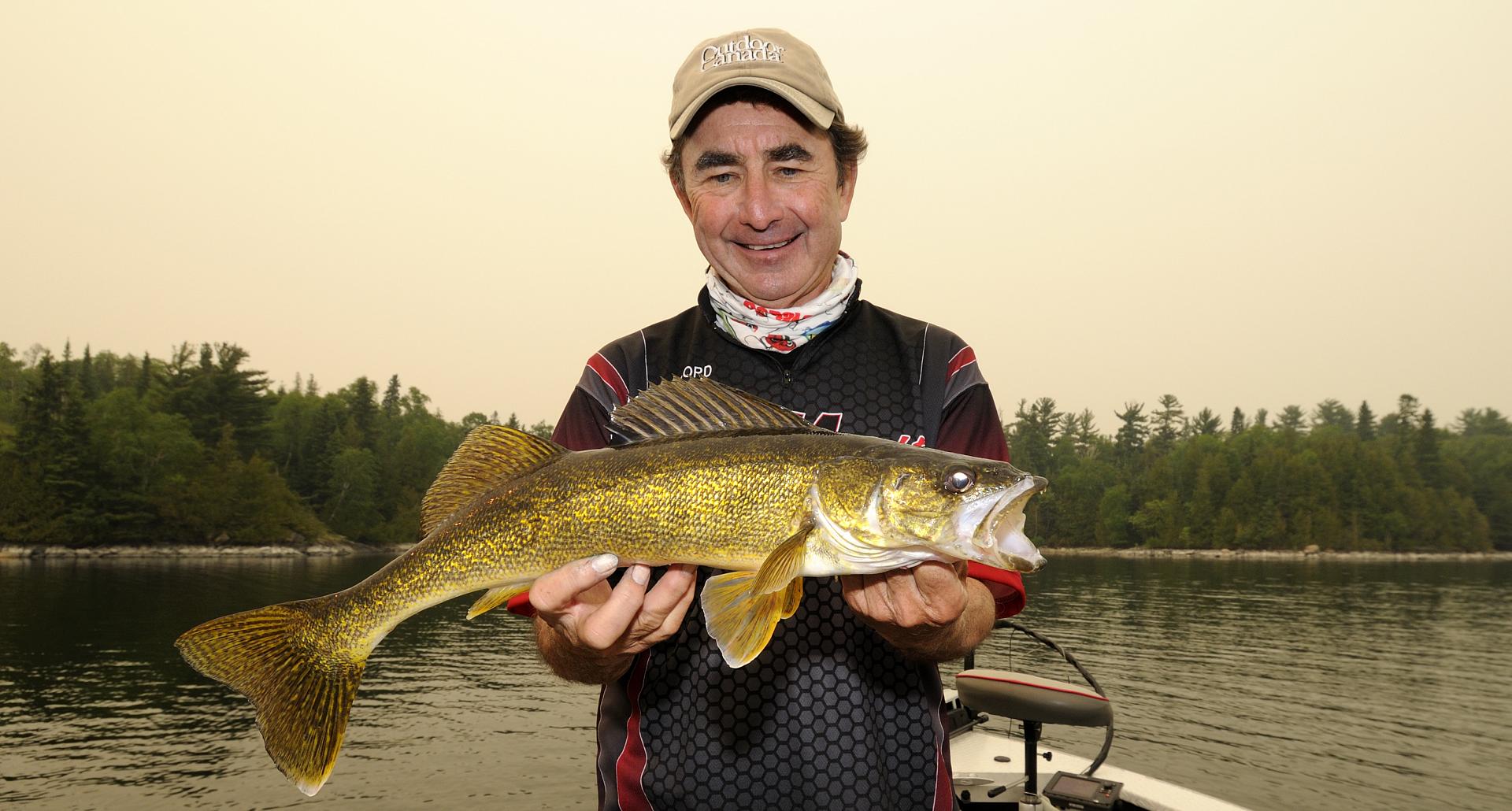 One of the things I really enjoy is fishing on a brand new lake, river, reservoir, pit or pond that I’ve never before visited and trying to sort out, without any help, how to catch the fish.

I did it a couple of weeks ago when I was down in New Brunswick on the Miramichi River fishing for striped bass with buddy Jason Gogan.  Fact of the matter is, I’d never before even seen a striped bass in salt water, though, I had inadvertently hooked a couple of stocked stripers while fishing for largemouth bass in Lake Mead, on the Colorado River, just outside Las Vegas.

So, Jason and I launched the boat, headed upstream, and simply started looking around.  When we spotted a large flock of seagulls swirling in a circle and diving down to pick something off the surface of the water, we thought it was a good sign.  So, we pulled into the bay and lowered the trolling motor.

Now, here is the critical part, we didn’t have a clue whether we had picked a good spot or not and we had no idea what baits to throw.  Matter of fact, the reason I was in New Brunswick is that the good folks at Cabela’s Canada had invited me down for the weekend to attend the Grand Opening of the new store in Moncton.  So, I got the chance to talk with a lot of great local anglers.

Several times, I mentioned that I was going to be fishing for stripers the next day and questioned them about the best bait to use.  Guess what most folks told me?

A chunk of flesh cut from a mackerel fillet.

Now, I am sure “cut mackerel” is a great bait for stripers, but it is what I call a “catch bait.”  It is like using live bait—minnows, crawlers and leeches for walleye—if you know you’re fishing in a great spot with lots of fish close at hand.

But, when you don’t know Adam from Eve, like Jason and I that day on the Miramichi, cut mackerel or any “catch bait” should not be your first choice.  Much better to pick a “search bait” – something you can throw out and cover lots of water quickly and get the fish to show themselves.

Big topwater walk-the dog-style lures, for example, are great bass search baits.  So, too, are jerkbaits, crankbaits and spinnerbaits.

For walleye, on the other hand, my hands-down favourite search bait is either a Rapala XRap or a 5- or 6-inch soft plastic swimbait pinned to a 1/2-, 3/4- or 1-ounce Freedom Lures Hydra jighead.

Throwing search baits like these, I may not catch a lot of fish, but when I am prospecting, the chances are good that I am going to get the fish to at least show themselves and maybe even hook one or two.  Then, I can slow down and use finesse-style “catch baits” if I have to to, in order to zero in on the herd.

On the other hand, however, many times all it takes is a little fine tuning with the search bait, and you can turn it into a “catch bait” too.

In fact, that is what Jason and I did on the Miramichi after I nabbed a couple of stripers using a swimbait, fishing it the way I would for walleyes.  When I made a simple speed adjustment, altered the angle of my rod and made a series of directional changes, lo and behold, the entire bay erupted into a striped bass factory.

It was magical, to the tune of 240 striped bass landed in under eight-hours of fishing.  The single best day I have ever enjoyed for catching numbers of fish up to 20-pounds.

It points out the critical difference between search baits and catch baits and the need to make directional changes, which is the topic of this week’s  Fish Talk With The Doc video that I recorded for the Fish ‘N Canada television show.