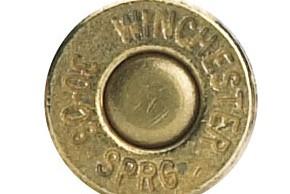 Secrets of the pros: the two-gun battery

What Canadian outfitters had to say on the two-gun battery

The guides were all over the map when asked what two guns would best fit the bill for hunting all big game in their territories. I had expected the reponses would include both a small and significantly larger calibre, but most chose two that were fairly similar, for all intents and purposes. Perhaps our question was not clear enough, or perhaps Canada’s big-game animals and habitats are not diverse enough to demand significant differentiation.

The differences in field performance among each pair is minimal, and it’s evident that Canada’s outfitters really like the .300 Win. Mag. for hunting our biggest and toughest game animals.

The largest cartridge mentioned was the .375 H&H, in combination with a .243. I found this an odd choice, unless you’re comfortable shooting the big .375 on medium-sized game that’s beyond the effective scope of the .243.

At the other end of the spectrum, the smallest calibre mentioned was the .223, coupled with the .30-06. I’m not sure what game was intended for the .223, though it certainly is an effective round for small predators.

Finally, two outfitters paired a 12-gauge with a medium calibre (.270 Win. and .308, respectively) as their choices. They were both from locations where baited bears, whitetails and moose were the only game hunted, and certainly these combinations would do the job effectively.