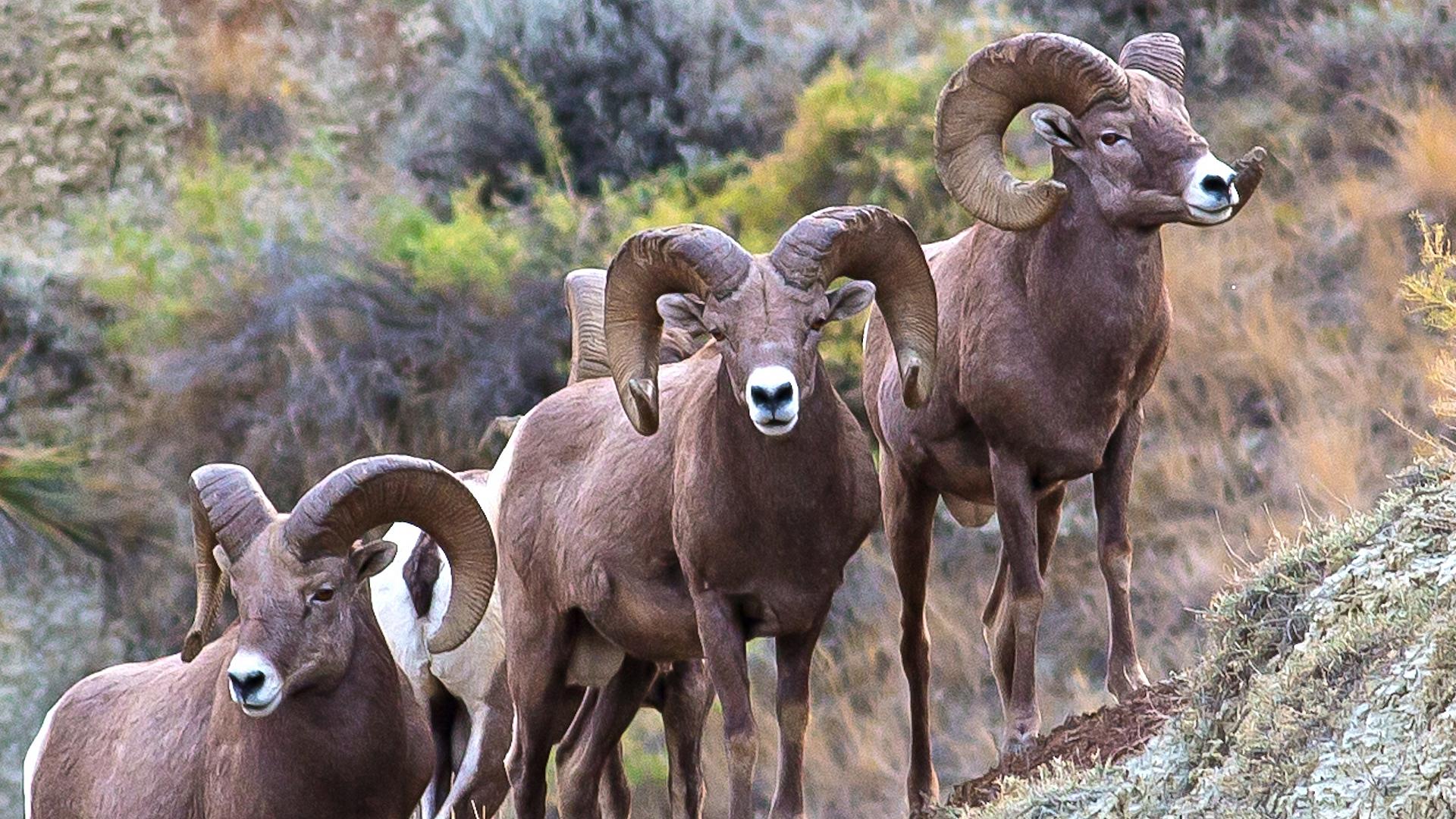 The toughest part of hunting rams is finding them. Here’s how

Sheep hunters in Western Canada face some of the lowest success rates in all of big-game hunting. Why? Because most of them simply don’t know how to effectively find the rams. Indeed, the true test of a sheep hunter’s skill lies in the ability to find the sheep in the first place—after that, the hunt is relatively easy. Here’s how and where to start your search, whether you’re after Dall’s sheep, Stone’s sheep or Rocky Mountain bighorns.

Sheep hunters are without question the most closed-mouth group of hunters there are, and getting them to give up their productive spots is more challenging than getting Air Canada to fly your water buffalo home from Africa. Still, you can learn a lot about where to start looking by hanging out where experienced sheep hunters hang out. If you’re a total neophyte, most would likely be willing to steer you in the general direction of sheep country, at least giving you a place to start your search.

Also check out sheep-hunting groups on Facebook and online message boards, and attend fundraising banquets and the like that attract sheep hunters. And once you have some information of your own, share it—you’ll find that other sheep hunters will reciprocate. Ask me where you should go sheep hunting and I’ll likely say, “In the mountains.” But tell me about some of your recent scouting forays and there’s a good chance I’ll tell you about mine.

I still love the tactile nature of paper maps, and I have a number of different ones for the areas I hunt. But when it comes to identifying productive sheep ranges, as well as eliminating unproductive areas, nothing beats Google Earth. Only a very small percentage of an area will routinely hold sheep, so having Google Earth’s high-resolution satellite images of the terrain you plan to hunt is invaluable—and something guys like me could never have fathomed just 15 years ago. Become proficient with this computer application and you can fast track your search for a ram.

Having all the high-tech imagery in the world won’t help if you don’t know what to look for. Rams can be found anywhere throughout their range, but the key is to identify the areas where they spend the most time.

Here, the two features I look for are food and escape routes. Rams can go long periods without water, and even food is a secondary consideration as long as there’s nearby rugged terrain providing easy escape from predators. If you can find a high basin with good grass growth and suitable escape terrain, you’ve found ram Utopia.

Head for the hills

Once you’ve identified a few potential hunting locations, it’s time to put boots to the ground and do some scouting. Most of my summer weekends are spent walking into areas I’ve identified on Google Earth, or that I’ve learned about via word of mouth. While looking for sheep, I also evaluate the habitat to determine whether it qualifies as a high-percentage spot. If you’re planning your first ram hunt, put all your eggs in one of these high-percentage baskets. But if you want an old, high-scoring ram, your time may be better spent searching less productive areas, especially if there’s lower hunting pressure.

Another benefit of summer sorties is the chance to learn the trails and access routes so you don’t waste time figuring things out during the actual hunting season—or while stumbling around in the dark. When I hunt, I do most of my hiking through unproductive sheep country before dawn using a headlamp. I like to watch the sunrise from a vantage point where I’m also likely to see sheep.

Know when to go

Rams can easily migrate 40 to 50 kilometres between their summer and winter ranges. For much of the summer and early fall, however, they’re homebodies—unless pressured—typically remaining quite high in the mountains. It takes some fairly heavy snowfalls to push sheep lower down, so where you find them in July and August is likely where you’ll find them in September. I tend to ignore areas where ewes are plentiful. It’s not a hard and fast rule, but at this time of year, you’ll rarely find rams where you find ewes.

As the season progresses, rams will begin to move toward wintering slopes for the rut. For bighorns, the rut typically takes place in early December, although rams will begin moving to their wintering slopes as early as late October. This is typically when some of the best rams are taken, as they’ve left the safety of their summer ranges, which are often in protected areas.

You need good 10x binoculars and a quality variable-power spotting scope to be an effective sheep hunter. You also need patience—most hunters don’t spend enough time glassing, likely because they don’t have confidence in the area they’re searching. The key is to start glassing with the belief sheep are present, and that you have to find them.

Using my binoculars, I begin with a quick scan of the areas most likely to hold sheep. In the early morning and late afternoon, the animals will likely be feeding, so I’ll focus on grassy areas. In the heat of the day, I look for shade, especially in the scree. When it’s hot out, rams love to bed down on the rocks, where the air can circulate and help keep them cool.

If I don’t quickly locate sheep with my binos, it’s time to break out the spotting scope and conduct a more detailed search. I use a 15-56×65 spotting scope with a straight eyepiece. Invest in a scope that won’t give you eye fatigue—once you start looking for sheep, you’re in it for the long haul. I typically scan a mountainside in a grid pattern, starting high and working my way down. I pan left to right across the entire area, then drop the sight picture down to just below the elevation I just searched. I repeat this until I’ve covered everywhere a ram could possibly hide.

Depending on the area, such a grid search can take hours. During this time, it wouldn’t be unusual for a ram to occasionally stand up, stretch and grab a mouthful or two of food before bedding again. With that in mind, it’s a good idea to also do an odd sweep with your binoculars in hopes of catching sight of one of these standing rams.

Settle on one area

One of the dangers of all this intelligence gathering, of course, is information overload. It’s way too easy to run all over the place chasing rumours rather than sheep. So, pick one area that has a proven track record of producing quality rams and stick with it. Ideally, it will be close enough to your home that you can easily go there to scout several times throughout the year. Plus, the terrain should suit your level of fitness and style of hunting. And there’s little sense concentrating on an area that requires a jet boat or pack horse to reach if you don’t have access to either.

I’m a backpack hunter, and I choose to hunt an area of Alberta that offers plenty of options for both day hunts and longer backpacking excursions; motorized vehicles, and even horses in some cases, are prohibited. It’s close to my home, and I go there at least a dozen times a year during the off-season, and even more during hunting season. There are definitely more productive areas for sheep in the province, but none as close that perfectly suit my style of hunting. And best of all, I now know the place like the back of my hand.

T.J. Schwanky heads for the mountains to hunt whenever he can.

If you can head out to your hunting area immediately after a heavy snowfall, you’re bound to spend a lot less time trying to find sheep. That’s because the animals move around a lot after a snowfall, leaving behind tracks. If you don’t see hoofprints, move on. But if you do see tracks, get your rifle ready.