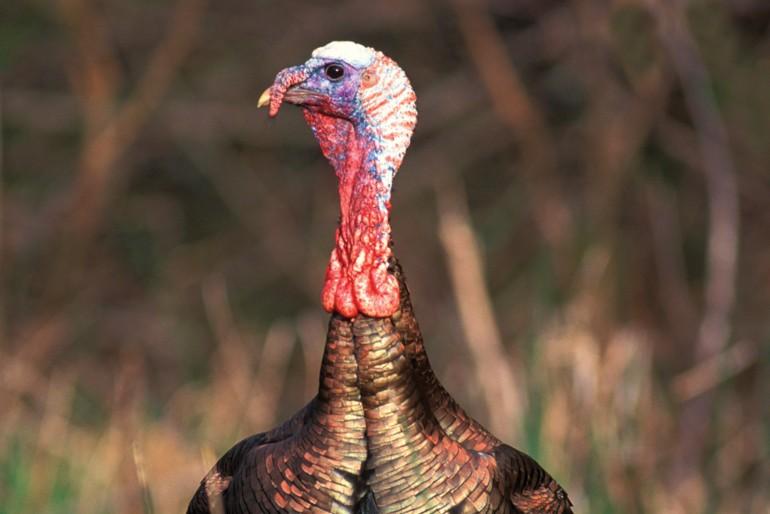 The hunt: The tree limbs above me looked like skeletal arms draped in black lace against the pre-dawn sky. I knew he was up there somewhere, that loudmouthed gobbler I’d put to bed the night before. Then, as the sun’s orange glow bled up from the eastern horizon, he began tearing up the silence with his gobbles. Soon, nearby hens started yelping and two other toms cut loose with lusty gobbles. Next came the heavy wing beats of turkeys touching down on the leaves. It was game on in central Ontario’s Simcoe County.
If you want to hear the booming gobble of a spring tom, or hunt both bearded birds and hens in the fall, Simcoe is a good place to be. The county stretches from the edge of the Canadian Shield southward into fertile farmland, complete with countless hardwood ridges and wooded river drainages.

Most of the land is private, so you’ll need permission to hunt on it. But there’s also the network of Simcoe County Forests, which is open to hunters who are members of the Ontario Federation of Anglers and Hunters. In all, there are 150 tracts totalling 12,663 hectares, with plenty of roosting areas and security cover next to croplands. Gobble, gobble!—Alan Davy

When to go: This fall, the season runs October 9 to 21; the spring season runs from April 25 to the end of May.