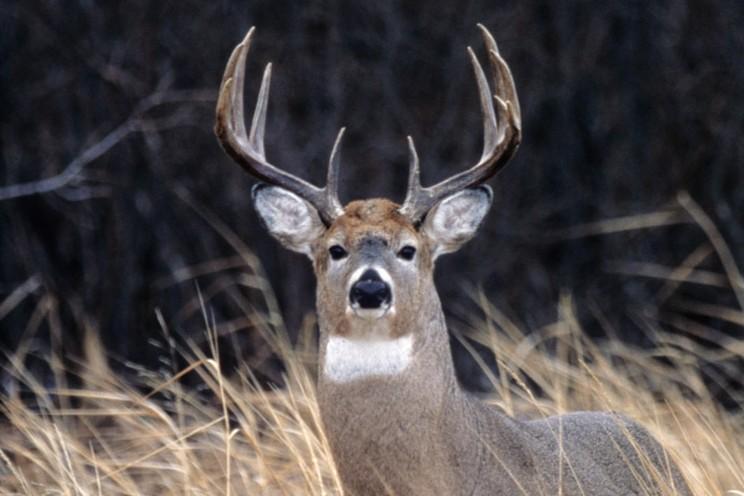 With a pre-season deer population topping 375,000—a conservative estimate by the provincial biologists’ own admission—Saskatchewan has more than enough whitetails to provide plenty of encounters during the course of any outing. I’ve bounced big-racked bucks out of tufts of marsh grass in the bald prairie of the south, rattled them up in the willow bluffs of central grain country and watched them from sky-high treestands inside the forest fringe. It’s no secret that Saskatchewan deer are big. Built like feedlot steers, these prairie deer are recognized as a distinct subspecies—Odocoileus virginianus dacotensis, or Dakota whitetails. They range from western Ontario to the Rockies and south into Montana, Wyoming and the Dakotas. And with the boreal whitetail of eastern Canada, they share the distinction of being the biggest of the species. Of special interest to the hunter, however, is the fact that the Dakota whitetails tend to grow the larger antlers of the two. Saskatchewan residents who take advantage of the various special seasons have the province wide open to them from early September through to December. Out-of-province Canadian residents, meanwhile, can hunt through much of the province during the last week of November or inside the forest boundary areas for longer seasons. My pick is an area roughly delineated by North Battleford, Wilkie to the south and Asquith to the east.

While hunting on the farmlands is by permission only, there are a number of open wildlife lands where hunting is allowed on foot. I’m partial to the area because I enjoy the mix of regrowth forest and open fields, so I can stillhunt all day or, on milder days, sit quietly overlooking one of the many hidden bogs. Rattling is exceptionally productive here. As for gear selection, I hunt with a 7mm Rem. Mag., which covers every situation I’ve ever encountered in Saskatchewan. More important is your choice of hunting wear. Come November, snow is a certainty. On a really good day, count on daytime temperatures nudging the freezing mark. On a bad day, I’ve seen it drop to minus 35ºC, accompanied by a stiff driving wind. Anticipate the worst and enjoy the best. The important aspect of hunting this region, or any other part of Saskatchewan, is to set realistic expectations. Yes, there are big-antlered deer here, but you won’t find one behind every tree. Of the 34,000 whitetails taken each year, less than a dozen cross that magic 170-inch threshold into the record books. Many are in the 145- to 155-inch range, and that’s definitely eye-candy to me.