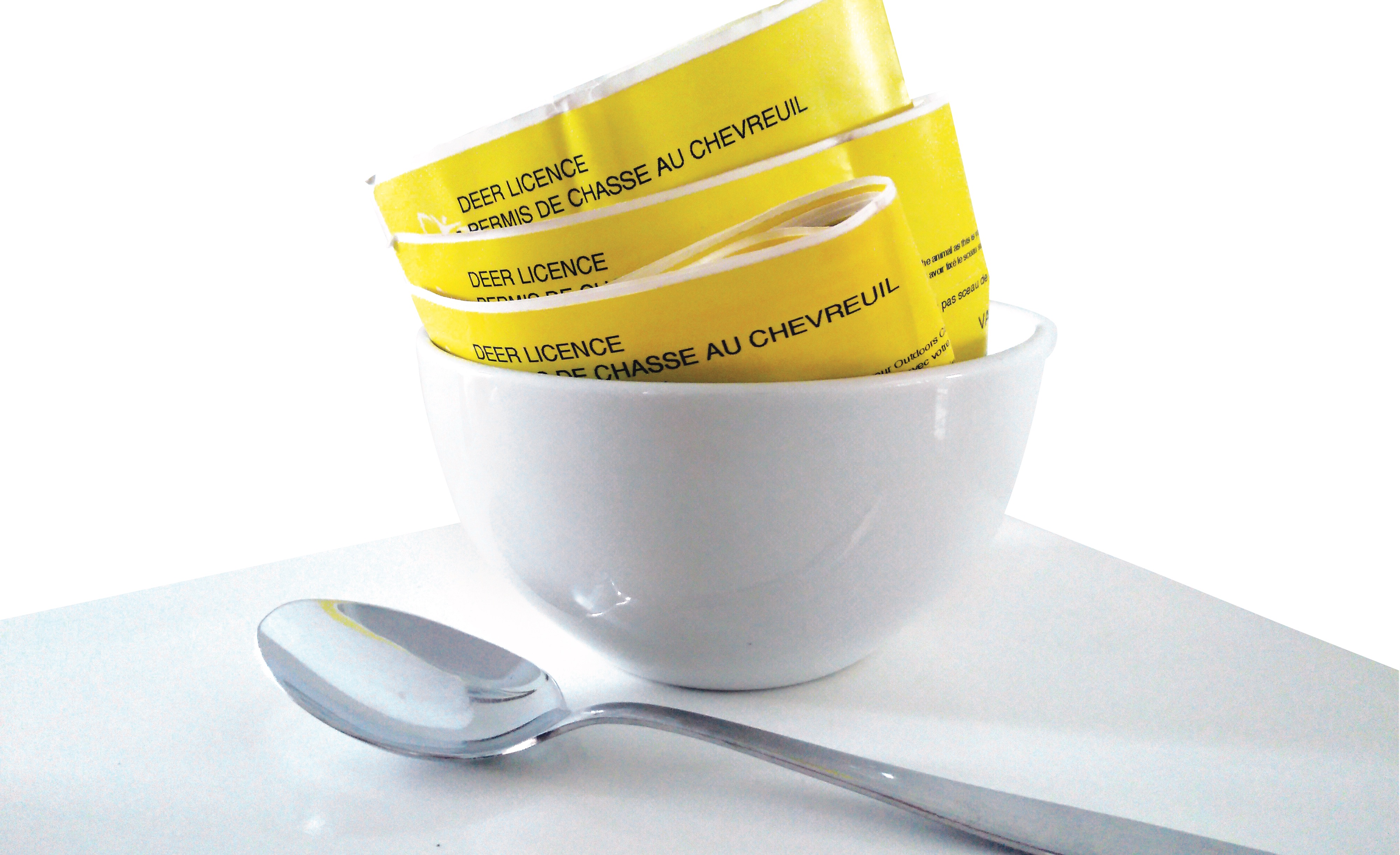 Tag soup: Why an empty freezer doesn’t feel like failure

I spent a lot of time preparing for last season’s deer hunt. I treated myself to a new rifle, and spent hours sighting it in. As mid-November approached, I bought maps, put snow tires on the SUV and started shopping for exotic snacks. When my hunting partner Kerry walked off the plane—wearing flip-flops—from California, the Nissan was packed and I was all prepped to bag that big buck.

[easy-tweet tweet=”Mmmm tag soup—we’ve all been there. But here’s why it shouldn’t taste as bitter as you expect” user=”OutdoorCanada” hashtags=”hunting,moose,deer,biggame”]

I didn’t bag that big buck. I had two chances. With one, a buck came trotting toward me, but caught a whiff of danger and stopped just behind a blowdown. I waited. He waited. The buck was in a bad spot and knew it. With the gun raised and my heart thumping, I stood there seemingly forever—really maybe only three minutes—then attempted a step sideways. Ha! I had revealed my position and the buck was gone in a flash.

The second chance came on the last day of the season—a standing shot at 150 yards. Okay, two shots, both clean misses. How could the rifle shoot two-inch groups at 100 yards and miss a standing buck at 150? Can I try it again? No mister, you can’t try it again. This is hunting, not killing.

So, my freezer remained empty. But Kerry and I had at least managed to ditch our calendars and cellphones for a few days. And we ate well, slept well, shared some stories and hiked every day through a primeval valley that hasn’t changed in 10,000 years. True, you can’t eat tracks. But if hunting was just about harvesting meat, it would be easier, and a lot cheaper, to sell all that gear and just shop at the supermarket. There’s no such thing as failure when you’re a hunter. You might not cut your tag, but you still acquire a freezer full of memories.

Winnipeg contributor Jake Macdonald aims to fill his freezer this fall—or at least have fun trying.