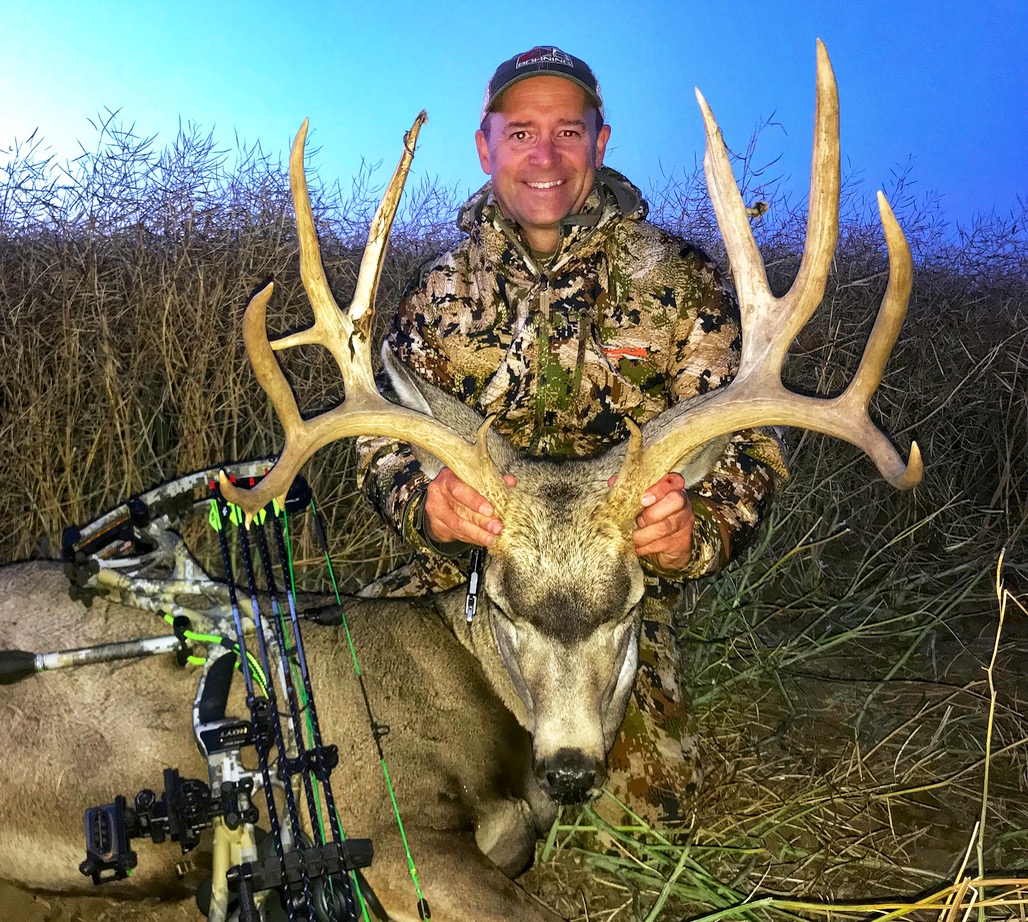 The importance of setting limits for shooting at a distance

With three giant mule deer in front of me, I was faced with an ethical dilemma. The biggest, a 190-class buck, stood and stretched at 85 yards. The second buck stood at 73 yards. All I could see of the third deer were his equally impressive antlers, just enough to range him at 62 yards. Which buck should I shoot, or should I pass all together?

I chose to take the smallest, but closest, of the three. While he was still bedded, I dropped back down under the cover of the standing canola, dialed my adjustable sight to precisely 62 yards, drew my bow and slowly stood up. Locking my sight pin on where the buck’s chest should be when he stood, all I had to do was wait. Moments later, he got up and I sent my arrow in perfect flight, driving deep into his chest. The buck bolted, covering less than 40 yards before collapsing.

Like many bowhunters, I practise shooting out to 80 yards. With field tips and calm conditions, my Carbon RX3 compound bow can make that shot all day long, but that’s not the point. I’ve been hunting with archery gear for more than 30 years now, and I know that too many things can go wrong. That’s why I rarely encourage bowhunters, regardless of their skill level, to shoot beyond 40 yards.

My own limit is 65 yards, but my rule is to only make that shot under perfect conditions. Yes, it’s long, but I practise a lot and I understand the variables, including my own capabilities and limitations, and those of my equipment. Here are a few things to consider as you set your own limits around when to shoot—and when to pass.

Today’s bows are capable of shooting well beyond 90 yards, and with many IBO speeds far exceeding 310 fps, downrange accuracy is much improved. As long as their equipment is fine-tuned—meaning the timing is precise, the centre shot is exact and the sight pins are dialed in—many archers are capable of making those long bombs at the range, provided their shooting form and release are impeccable. Just because you and your bow are capable of making long shots, however, doesn’t mean you should when hunting. Regardless of your equipment’s precision, and your form, there’s a host of other dynamics that can adversely affect the arrow’s flight. When a clean kill is on the line, error isn’t an option.

Among the many other variables that can make for a poor shot are muscle fatigue at full draw, your draw weight and let-off, and environmental factors such as wind. Also, have you sighted in accurately for the distances you want to shoot? Have you practised enough to shoot with confidence at those distances? And when the opportunity does arise to shoot at game, do you have the concentration to make a good shot? One of the most common problems is so-called buck fever, that annoying mental and physiological response that arguably foils more hunts than anything else.

As you contemplate your own limitations, you also need to determine if your set-up can transfer enough kinetic energy to your arrow upon release to put game down quickly. At close distances—20 yards or less—arrows remain fully loaded with energy transferred from the bow limbs, but at greater distances, that energy begins to dissipate. You need to make sure your arrow carries enough energy to penetrate deep into, and ideally pass through, the vitals at whatever distance you shoot.

Simply put, longer shots demand greater precision, so we must do everything in our power to make responsible decisions and deliver the most accurate shots possible. Again, that means it’s up to each of us to understand our bow’s capabilities and our own skill levels. Only then can we determine our own realistic shooting limits.

A good benchmark for most accomplished bowhunters is 40 yards as an outside limit, although for some it could be further. At whatever distance, under variable conditions, that you can consistently achieve four-inch groups with broadheads, you’re probably safe to hunt at that distance. In the end, though, your most important consideration must be the animal itself, and whether you can make an ethical kill.