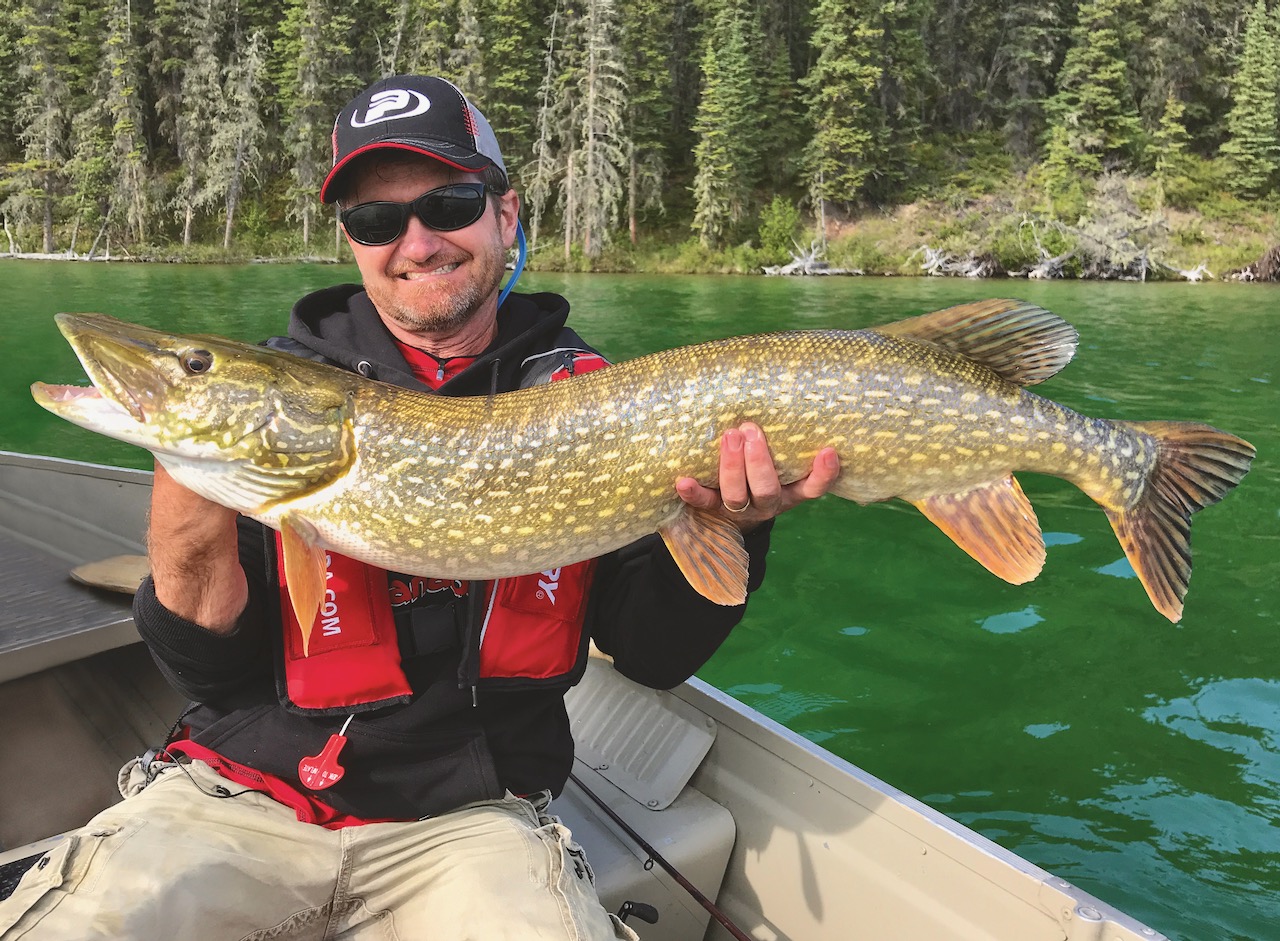 Northern pike in the Rocky Mountains? Yeah, right. Whatever, you might think. After all, the most common fish species in B.C.’s high country would most certainly be mountain whitefish, Arctic grayling, cutthroat trout, rainbow trout and so on, but northerns?

Well, fishing friends, B.C. indeed has a pike population and trust me, it’s a healthy one. Two years ago, I had the rare chance to sample this western pike phenomenon and brought along Fish’n Canada Show friend Steve Niedzwiecki, a true lover of pursuing the Esox family of fish.

From our film crew’s base at Northern Rockies Lodge on Muncho Lake, we flew to a true pike oasis called Fishing Lake. Joining us were the lodge owner, Urs Schildknecht, who was also the Turbo Otter’s pilot, along with a lodge employee. After beaching the plane, we jumped into some small aluminum boats and headed out to a major drop-off in front a big, shallow bay.

For my first cast, I tied on a five-inch, clear-white swimbait, and it was promptly annihilated by a gorgeous, 15-pound northern. Casting a glide bait, Steve was also soon into fish, setting the pace for day.

Later, while Urs prepared an outstanding pike shorelunch, complete with fried carrots and broccoli, I tried a little experiment. Just to show how good the pike action is on Fishing Lake, I decided to make a few casts from shore before the feast started, and caught five pike in about as many casts. They were all smaller fish, but it showed the lake had a healthy pike population, with varying year classes.

Throughout the rest of day shooting footage for an episode of Fish’n Canada, we caught pike after pike, including plenty of big beauties. Says Steve, summing up the experience: “What a surprise it was to drop into a B.C. mountain lake and catch northern pike!”

Learn more about Northern Rockies Lodge and fishing in B.C. at www.nradventures.com and www.hellobc.com.