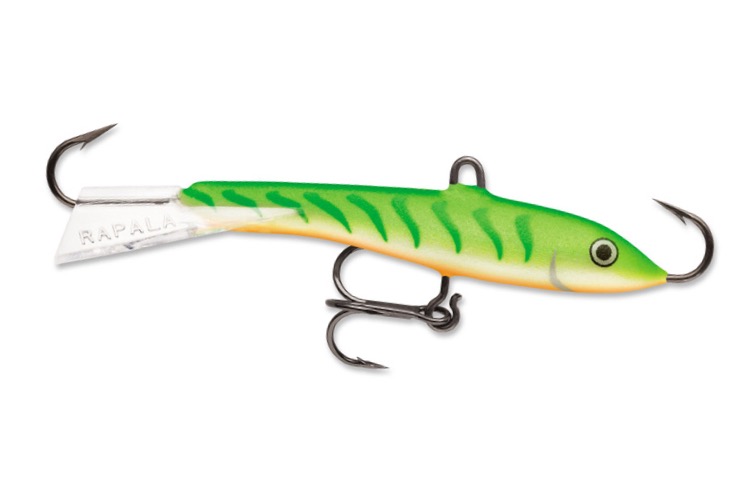 The Jigging Rap may be the best ice-fishing lure of all-time. Here’s why

After 60 years, this hardwater staple remains as deadly as ever

There has never been a lure that catches fish all of the time, but Rapala’s Jigging Rap comes mighty close. That’s why I never go ice fishing without at least one rod rigged and ready with the remarkable lure that celebrated its 60th anniversary in 2021.

I find that the smallest model—the W2—is perfect for catching yellow perch, black crappies and herring, as well as brook, brown and rainbow trout. And with the largest version, which measures 3½ inches in length and weighs almost an ounce, I’ve iced countless gargantuan lake trout, northern pike, walleye and whitefish. As for the mid-sized model, it’s amazingly effective for anything that swims.

Part of the Jigging Rap’s attraction is that it’s heavy and compact, so you never have to add more weight to quickly get it down to the fish. And when you snap up the lure and let it fall, the inverted plastic tail causes it to swim in a wide, totally unpredictable circular motion, even after you stop jigging it. If ice anglers make one mistake, in fact, it’s over-working the jig and not pausing long enough to let the fish bite it.

Over time as fish become conditioned to seeing them, most lures lose some of their early appeal. But Jigging Raps are so lifelike and swim so much like the baitfish they’re made to imitate that they work as well today as when they were first introduced. Fish them high, fish them low. Fish them fast, fish them slow. Tip them with a minnow head or fish them plain Jane. There’s simply no wrong way to present the venerable Jigging Rap, the greatest hardwater lure of all time.