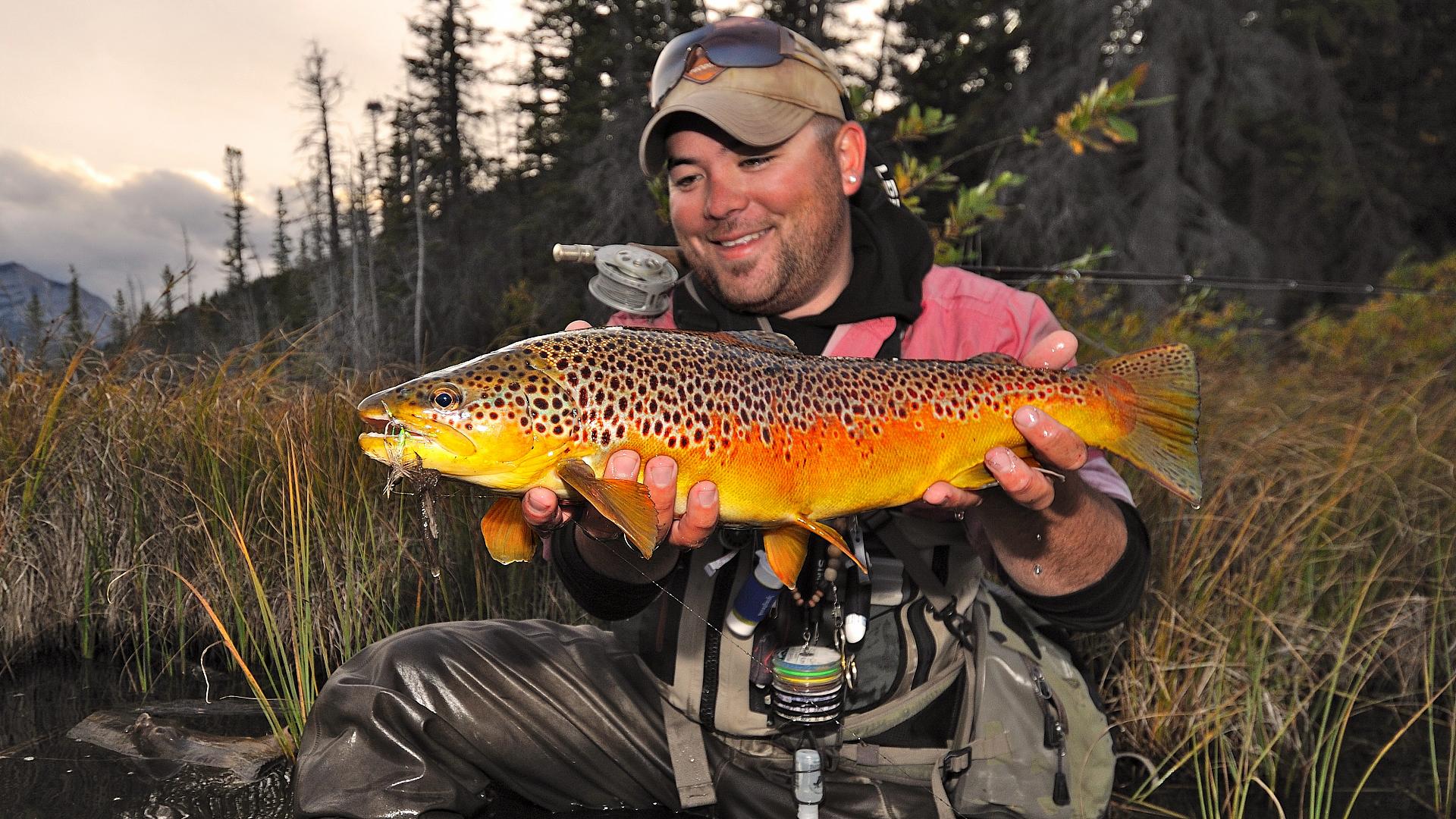 Fly fishing high water this spring? Here’s how to hook up on opening day

When springtime rivers and streams are swollen and dirty from melting snow, discretion is the better part of valour, and the prudent thing is to spend a couple of weeks fishing lakes or—shudder—playing golf.

But there’s also a time in spring when the streams are still high yet actually quite—no, make that extremely—fishable. How do you know when the river is ready? Here’s a simple trick: once the water is clear enough that you can see your boot tops through knee-deep water, it’s time to pull your gear out of storage. And even if the water level is still high, the fishing can be very good indeed.

The key to early-season success is understanding that a river is not the same creature in spring as it is in September. Runoff brings a greater volume of water, and with it, increased velocity. And because the extra water of spring is really melted snow, the temperature is lower than in the summer. Add to this the reduced clarity, and it’s apparent that almost everything about a river is different in early season, except for this: it still holds fish.

To adapt your methods, consider how a fish’s behaviour changes when water volume and velocity are increased, and temperature and clarity are decreased. For starters, fish move to the river bottom or along the banks, where the water flow is slower, to find shelter from the heavy current. The fish stay glued to these sheltering spots, more reluctant than usual to move because the energy cost of fighting the flow is so high.

For fly anglers, this means the universal rule—make it easy for the fish to eat your fly—is doubly important. In other words, you have to take the fly right to the fish, since the fish won’t brave a thundering torrent for one dinky little piece of food.

And just remember, if a trout won’t blithely dart into that thundering torrent, neither should you. Flooded banks and increased flow make even familiar water treacherous, so wade cautiously, if at all. In fact, you may not even need to get wet—in spring, the fish are often surprisingly close at hand.

Even when your quarry is lurking nearby, you’ll probably need to add weight to the leader to quickly get the fly down to the bottom (make sure this is legal where you’re fishing). If you’re fishing streamers, you should also use the fastest-sinking sink-tip line you can find. Because of the reduced visibility, you’ll also need a fly the fish can actually see. Spring is the time for imitations of the season’s largest underwater food options, including minnows and stonefly nymphs. It’s not a time for size 24 midge larvae.

Of course, lobbing such a set-up—heavy line, extra lead and strike indicator—means changing the mechanics of the cast significantly. Most importantly, wait for your backcast to straighten completely before starting the forward cast. You can open up your loop, without losing power, by making the backcast sidearm, and the forward cast overhand. Finally, be sure to get the most out of your rod by engaging its full length, not just the tip. This helps you avoid the mistake of underpowering the forward cast. Putting it all together is easier than you think.

Once you get your fly in the water, it’s time to consider the effect of the temperature. Fish are cold-blooded, so icy water reduces their metabolism. That means they move more slowly in spring than they do later in the year, which also makes them less likely to aggressively chase your fly or attack it from a great distance. The remedy is simple: keep your fly in front of the fish as long as you can, retrieve it slowly and stay alert for light strikes.

There’s no doubt early-season fly fishing can be challenging, but those first hook-ups of the year will make it all worthwhile. Even better, since many anglers shy away from the high, swift water of early spring, you’ll often have even the most popular spots all to yourself—something you can only dream about just a few weeks later.

Searching for a secret weapon for spring river conditions? Try a streamer, such as a Woolly Bugger, but fish it like a nymph, dead-drifting beneath an indicator. Cast straight upstream for a nice, long drift right against undercut banks with good fish-holding structure.

Searching for a secret weapon for spring river conditions? Try a streamer, such as a Woolly Bugger (above), but fish it like a nymph, dead-drifting beneath an indicator. Cast straight upstream for a nice, long drift right against undercut banks with good fish-holding structure.