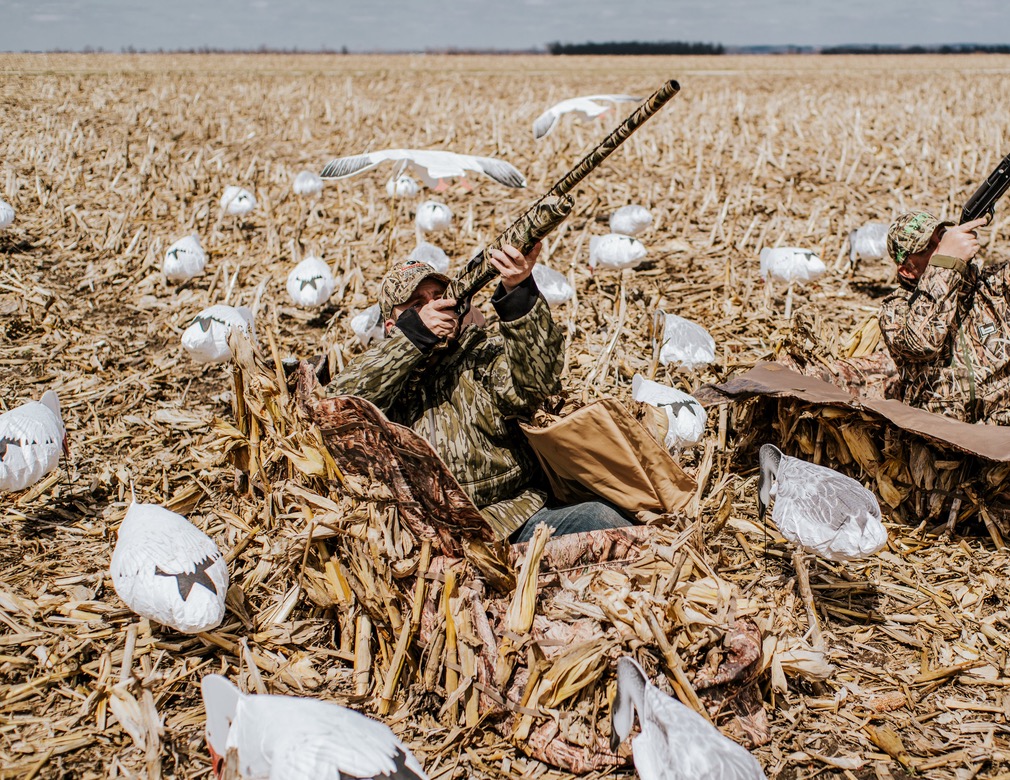 The most important factors when choosing a shotgun load

What bird hunters should know about selecting a shotgun load

Choosing the best shotgun load requires striking a balance between pattern density and downrange energy. Key here is to understand that the round pellets in a shotshell load have pretty poor ballistics compared with rifle bullets. Due to air resistance, they slow down quickly and, as a result, lose energy quickly. There’s just no escaping the laws of physics.

Everything else being equal, heavy pellets carry more energy than lighter pellets, and they’ll carry that energy farther. Since steel is less dense than lead, for example, the prevailing wisdom when steel shot first arrived was to go two sizes larger than lead shot in order to match the weight and achieve similar energy.

The larger the pellets, however, the fewer there are in the load. That translates into thinner patterns and, as a result, a diminished effective range—a single, heavy pellet may have enough energy to penetrate at extended distances, but a single strike is unlikely to immediately knock down a large bird.

Instead, multiple pellet strikes are typically required to bring down a duck or goose quickly enough that it can be easily retrieved. Also, the smaller the pellet, the less air resistance it will meet, allowing it to carry energy even further—think of a baseball versus a softball. The challenge, then, is to select a load with a pellet size heavy enough to penetrate your target at a given range and a pattern density that ensures multiple strikes.

[easy-tweet tweet=”Choosing the best shotgun load means balancing pattern density and downrange energy. Here’s how to do it” user=”OutdoorCanada”]

Steel, the most common shot material for waterfowl hunting, has a weight of 7.9 grams per cubic centimetre (g/cc), which is significantly lighter than lead at 11 g/cc. Waterfowl hunters can tilt the scale somewhat by opting for heavier, non-toxic alternatives: bismuth (9.7 g/cc), tungsten (about 11 g/cc) and HeviShot (12 g/cc), which is slightly heavier than lead.

Remember, the heavier the shot material, the smaller the pellet you need to achieve similar downrange energy. And the smaller the shot size, the more pellets the shell will hold, meaning a greater pattern density at extended ranges. The obvious choice, then, is to select shells with pellets made of the heaviest material, right? Well, yes, but the heavier alternatives come at a cost—literally—and many hunters simply can’t afford the premium.

The other way to achieve greater downrange energy is to select shells that promise greater velocities. A 1¼-ounce load of #2 steel shot travelling at 1,700 fps, for example, has roughly 20 per cent more energy at 40 metres than the same load rated at 1,450 fps. Increased velocities come with increased recoil, however, and that’s a turnoff for some hunters.

So, what’s the answer? It depends on the size of the birds you’re hunting and the distance at which you expect to shoot them. The shooting range for decoying ducks is generally shorter than when pass-shooting, for example, and a Hungarian partridge requires less energy to bring down than a big pheasant rooster does. Such variables can complicate shot choices, but based on personal experience and conventional wisdom, here are the loads I prefer when hunting with a 12-gauge.

For ducks, I like three-inch loads of #3 steel, preferably flying at 1,450 fps or faster. If I’m shooting a non-toxic alternative, I often move to #4s. These selections work well whether I’m decoying or pass-shooting. The only time I might change to #5s or #6s is when I’m shooting flushing teal.

When geese decoy well, three-inch loads of #2 steel at 1,450 fps or faster work just fine. Geese don’t always behave as we’d like, however, so when hunting large Canadas, I usually select a three-inch load of BBs. With larger pellets, I typically use tighter chokes, as the denser patterns help ensure sufficient pellet strikes.

While you don’t need a lot of firepower to kill the likes of grouse and Hungarian partridge, they are often difficult to hit. I generally use inexpensive loads of #7½ lead. Shooting ranges are typically short, so higher velocities aren’t required. The exception for me is when hunting late-season sharp-tailed grouse. They have a tendency to flush early and far, so I switch to #6s to get more downrange energy—and to ensure a few birds for the table.