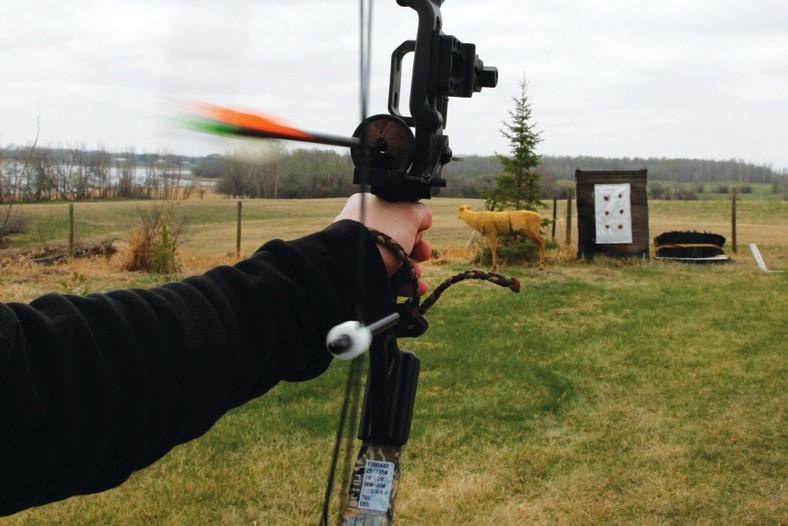 The pros and cons of fast bows

Today's bows shoot faster than ever. Is that a good thing?

I fondly recall an old video of master bowhunter Fred Bear sneaking through an alpine meadow, getting to within 20 yards of a big grizzly before drawing his 50-pound recurve and placing an arrow into the animal’s vitals. Bear’s bow would have shot an arrow at about 150 feet per second, but if you were to ask most archers today what the minimum speed is for hunting effectively, they’d likely answer between 230 and 285 fps. As for the grizzly that Bear shot? It died a short distance away from where it had been feeding—a good reminder that the speed of your bow isn’t everything.

Two decades ago, in fact, bowhunters were lucky to be shooting arrows at 200 fps with the fanciest new compounds. Today, however, some bows shoot faster than 360 fps. While speed is certainly a factor when bowhunting, you have to weigh the pros and cons of how it affects stability and the range at which you can fire an arrow.

The biggest advantage to a fast bow is that it shoots flatter arrows. Archers must accurately judge distance—and the trajectory of their arrows—in order to hit their targets, but gravity often wreaks havoc on that exercise. With a faster-shooting bow, however, the flatter-shooting arrow will travel farther before gravity drags it down, allowing for more forgiveness in judging distance.

I recently set up the fastest bow I’ve ever owned for hunting—a new Hoyt Maxxis 31 with an IBO rating of 323 fps. The five pins in my sight are stacked so closely together that I can get away with shooting up to 30 yards with the first pin. By contrast, my first compound bow barely had enough room in the sight housing for five pins, as they were spread out so far; this forced me to judge distance to the exact yard to put my arrow on target.

While a flat-shooting arrow extends the range you can accurately shoot, it also maintains enough energy to kill game. And it’s the bow’s speed, along with the arrow’s weight, that provides that essential energy.

Not surprisingly, then, the limbs and cams on today’s speedy compound bows store and release more energy than did bows of the past. In particular, it’s the materials in the limbs and how they’re constructed that make them so effi cient; the limbs are smaller and shorter now, yet they perform way beyond the technologies of just a decade ago by maintaining more energy from the start of your draw right through to the release of the arrow.

You always have to give up something in order to gain speed, and with most modern bows it’s stability. The fastest bows are jumpy and have short brace heights that are unforgiving when it comes to

form and arrow release. Torque your bow a little and you’ll be off target by a lot. Punch your release and your arrow will fly in the direction that you’re pulling the trigger.

The biggest drawback with more speed is that it’s harder to tune broadheads for hunting—stabilizing an arrow travelling 300 fps can be a challenge. The archery industry continues to overcome tuning and stability problems, however, offering ever-improved fletching and mechanical broadheads that are on the same technological level as the latest bows.

But such advances come with a hefty price tag. The real question for the hunter, then, becomes one of value and whether the price you pay for the fastest bow on the market is really worth it.