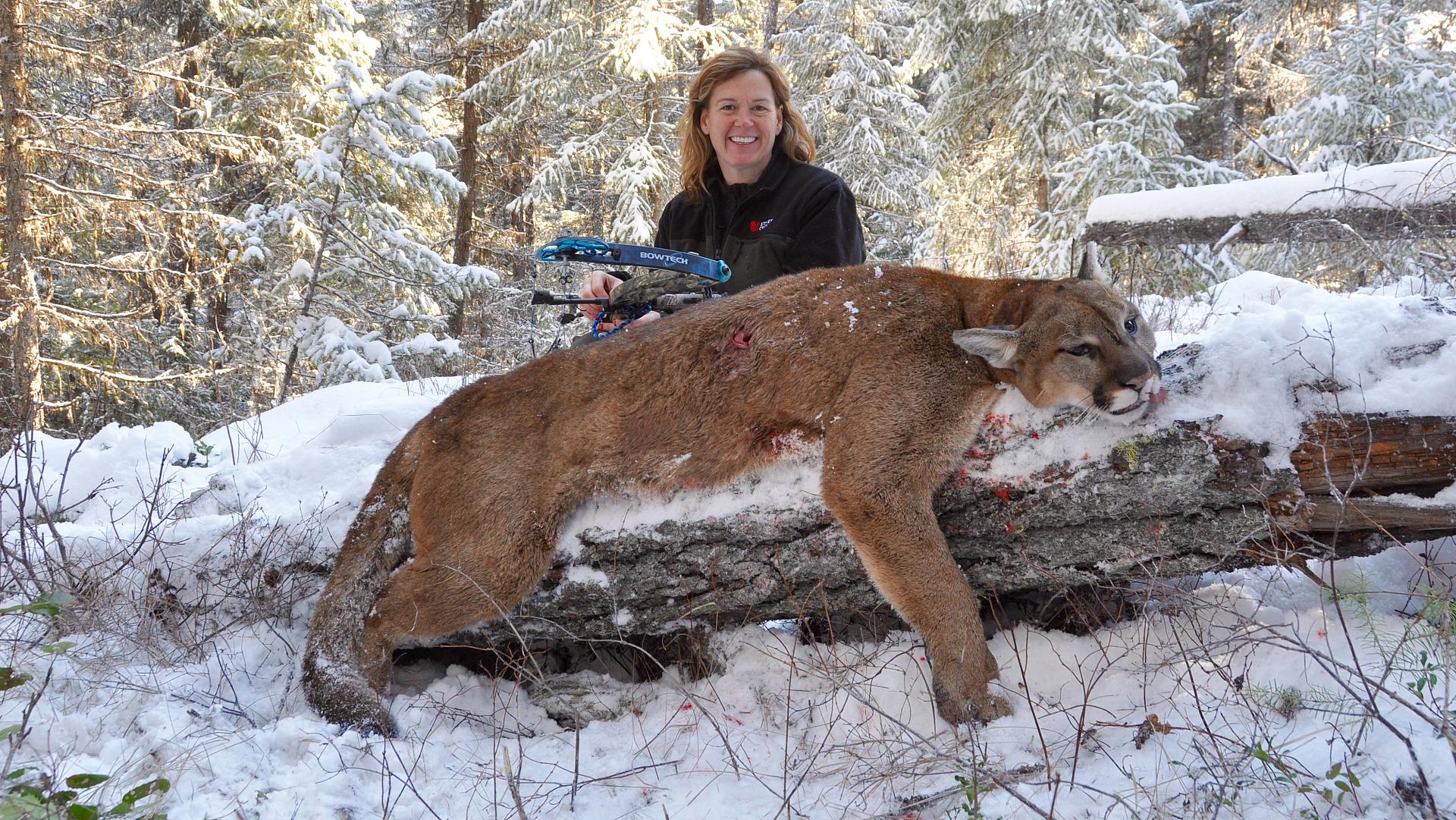 This past December, you undoubtedly witnessed the media frenzy surrounding the killing of a cougar in Alberta by Steve Ecklund, co-host of the TV hunting show The Edge. To the best of my knowledge, the hunt was 100 per cent legal and ethical, and conducted under a licence that was issued as part of a science-based wildlife management plan. I have no reason to believe otherwise. The truth is, there was no news here. It was really no different from a hunter legally killing a whitetail—except that the hunting of large predators seems to evoke some pretty strong emotions in people, especially anti-hunters.

Publicity can be good for those of us in the hunting business. All the extra attention really helps boost our profiles and ultimately our value, but as social media continues to become the prominent source of news for many people, that publicity can also quickly turn bad for hunting overall. That’s why we really need to be careful how we conduct ourselves on platforms such as Facebook.

As co-host of another TV hunting show, I was contacted by several media outlets to comment on Ecklund’s cougar hunt, but I declined. We’ve featured several cougar hunts on our show, but I felt I wouldn’t be given an adequate opportunity to truly explain the reasons for, and value of, such hunts. Don’t get me wrong, I’m in a business and my product is me, so publicity is good. However, I also weigh every business decision against what it means for the future of hunting overall, and in this case, there was nothing to be gained.

I completely support Ecklund and his hunt, and I’m happy he chose to share his pictures with his fellow hunters. That is a long-standing tradition with hunters, and we should be proud of our accomplishments. I’m disappointed, however, by the number of self-righteous, uninformed hunters out there who spoke out against Ecklund’s hunt. Legal, ethical and science-based considerations are the only criteria we should use to judge others’ hunts, not our own morals.

Most importantly, there’s a lesson here about the dangers of engaging anti-hunters on social media. I understand it’s fun poking holes in their uninformed arguments, but they don’t care. All they seek is a platform to spout their rhetoric, and if we give it to them, it can easily blow up into a mainstream media story and possibly jeopardize the future of hunting.

Few people realize that Facebook uses an algorithm for who sees what posts. Simply put, the more active a post gets, the more people Facebook allows to see it on their news feeds. You likely only see 10 per cent of what your friends are actually posting, for example, and even less if you don’t regularly like or comment on their posts. To be successful, that’s why things such as Facebook contests require likes, comments and shares. It’s to beat the algorithm.

In the same vein, the more we combat the antis on a particular post, the faster it will go viral throughout the anti-hunting community. So, rather than engaging such people on our social media pages, we need to use the delete button and quite literally take their voices away. That’s the most productive thing we can do. I’m not saying we shouldn’t promote hunting on social media, but choose your battles carefully. I’ve got all day to explain the benefits of hunting to someone who’s genuinely interested to learn, but antis just looking for their five minutes of fame on my social media channels quickly get deleted.

A couple of weeks after the Ecklund uproar had cooled down, our own social media channels got hammered by anti-hunters, and for basically eight hours a day for two days straight I deleted and banned them from our pages (one of the images under attack (pictured above) was also of a cougar, in this case held by my partner, Vanessa Harrop). At the same time, however, I encouraged hunters to continue sharing their good news about hunting. The response was overwhelming, and they really stepped up and ignored the antis, sticking to the facts about our pursuit. And guess what happened? While there was no ensuing media frenzy that aided the antis in further spreading their rhetoric, we did have a huge number of non-hunters come to our pages and publicly say they support us.

As hunters, we should be proud of what we do. After all, the ongoing conservation of the planet’s wildlife depends on us. We shouldn’t hide on social media, but instead spend our time spreading the facts about hunting—not inadvertently boosting the voice of the antis.