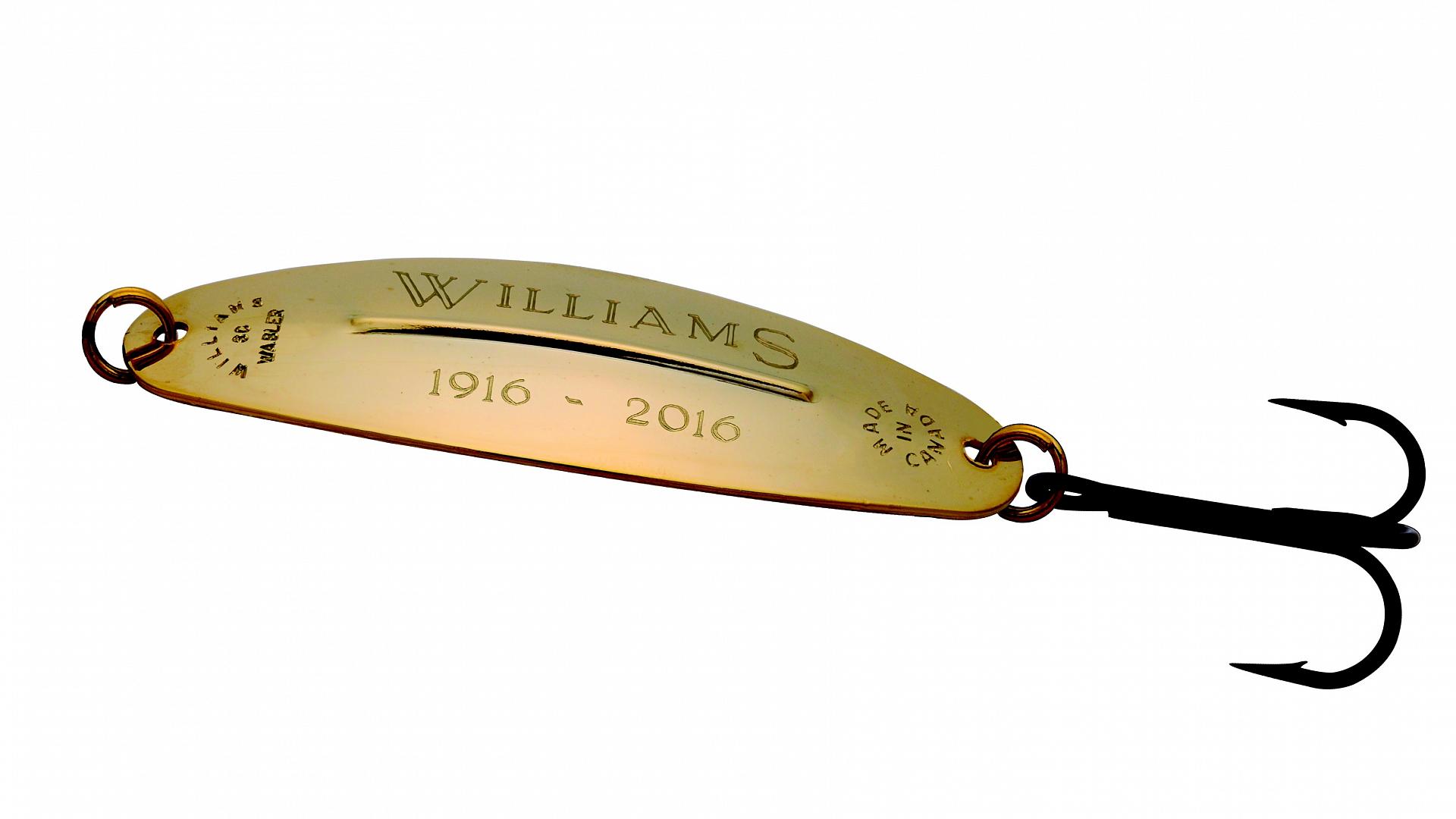 The Williams Wabler: Putting fish in the boat for 100 years

Celebrating 100 years of helping anglers put fish in the boat

When I was a young fishing guide in the Arctic, it was normal to see guests coming down to the dock carrying tackleboxes as big as suitcases. The other guides and I relied on two or three basic lures to catch lake trout, but we could never convince these gentlemen that their chests of sure-fire baits were a waste of boat space. Having spent hundreds of dollars on new tackle, they didn’t want to listen to our advice: “All you need are a few plugs and spoons.” And my favourite old standby of all for catching big trout was the Wabler (below).

Lakers prefer deep, cold water, where they prey on ciscoes, smelt and other silvery baitfish. Typical trout lures are coated with nickel or chrome to produce flash, but the Wabler is finished with genuine silver or 24-karat gold, both of which reflect light better than any other metal—tests have shown that trout can spot a Wabler at more than 100 feet. Guides have their own ideas about which “colour” works best on sunny or overcast days, but one secret tactic has proven its worth over the years: If the silver doesn’t work, try the gold.

The Wabler was invented by a couple of Nova Scotian brothers who went up to the Klondike, hit pay dirt and later went into the gold supply business in Ontario. Both Malcolm and A.D. Williams were keen anglers, and in 1915, they made the first Wabler, complete with the patented ridge down the centre that prevents it from revolving. This year marks the spoon’s 100th birthday, and it still catches trout. When anglers tie a Wabler onto their line, they’re not only picking a dependable lure, they’re also saluting a piece of Canadian history.