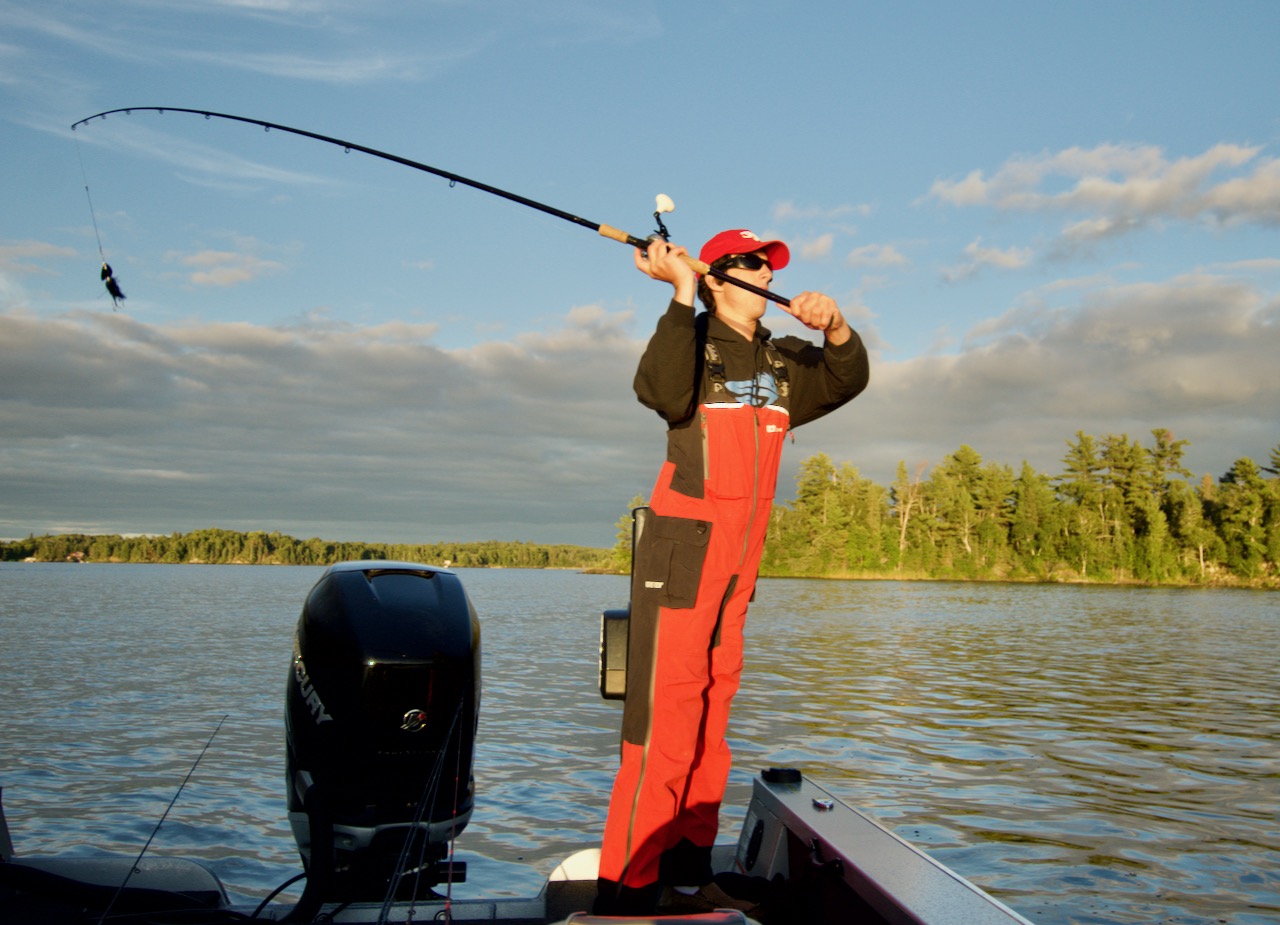 How to pick the perfect rod for your angling needs

A primer on picking the proper pole for your angling needs

Picking the right fishing rod for the job at hand plays a critical role in your overall success on the water. To be clear, I’m not talking about the specific make, model or brand you choose, but rather its action and power. Balance those two elements properly, and you’ll stick nearly every fish that hits.

The action of a fishing rod refers to where it bends from the tip down to the handle when pressure is applied, such as from the weight of a lure or fish. Imagine your rod as being divided into three equal sections. If the bend is confined to the top section ending at the tip, it’s a fast-action rod. When the curvature extends into the second portion, it’s a moderate action, and when it bends all the way down to the handle, it’s a slow action. Of course, these three divisions can be broken down even further into designations such as extra-fast and moderately slow, but you get the point.

As for the power, or relative strength, of a rod, that is typically expressed as ultra-light, light, medium, medium-heavy, heavy or extra-heavy. I say “relative strength” because you can’t compare a medium-heavy walleye rod with a medium-heavy muskie stick, even though they both carry the same power rating. The power distinction only makes sense when you’re making comparisons within the same family of rods. As a result, a big mistake many anglers make is to always opt for a medium-power rod, thinking it must be the most versatile. Well, it usually isn’t. Instead of being a jack-of-all-trades, it’s typically the master of none.

So, how do you decide which action and power combination to select? It all depends on the species of fish you’re after, and the presentation you plan to use. For example, say I’m going to target bragging-sized walleye using my favourite technique, casting half-, 3/4- and one-ounce saltwater jigs tipped with five-inch swimbaits. For this, the best combination I’ve ever found is a medium-heavy, fast-action rod. Why? Because the hook is somewhat thick, I need enough power—you’ll hear anglers refer to it as backbone—to drive it into the walleye’s mouth.

That’s especially true if the fish hits at the end of a long cast in deep water and has its jaws clenched around the soft-plastic. A medium-light rod would buckle under the weight of the lure, let alone an eight- or 10-pound walleye, soaking up the power you need to set the hook.

Here’s another example. Imagine I’m casting 1/8- and 3/16-ounce marabou jigs and Ned heads for smallmouth bass. For that, I would pick up a rod with medium-light power and a fast action. Even though I’m using a small, light jig, the rod will still load up and deliver it perfectly. And because the thin hook is needle sharp, I’d be able to drive it effortlessly into a smallmouth’s lip by simply lifting up the rod and tightening the line.

When selecting the appropriate rod, also consider the size and thickness of your offering’s hook (or hooks), no matter if you’re fishing for pumpkinseeds or muskies. If the hook is light, thin and razor sharp, you can be like a health care worker administering a flu shot—a tiny tap is all you need for the hook to penetrate deeply. If the hook is thick, heavy and difficult to drive in, on the other hand, you need to be like a railroad worker pounding in the last spike with a mallet.

Keep those two analogies in mind as you consider what power and action your rod should have, and you’ll be sure to select one that’s perfect for your kind of fishing.

Catch Gord Pyzer on the Outdoor Journal Radio Show on The Fan 590. See www.odjradio.com for times.

BONUS TIP: NOT SO FAST

Anglers often miss fish on topwater lures and crankbaits when they see or feel a fish hit, prompting them to try to set the hook too soon, pulling the bait out of the fish’s mouth in the process. This is especially the case if the rod has a fast-action tip. Instead, it’s far better to use a moderately fast or moderate action rod that bends a little and absorbs some of the initial strike. That forces you to give the fish enough time to get the lure well into its mouth.