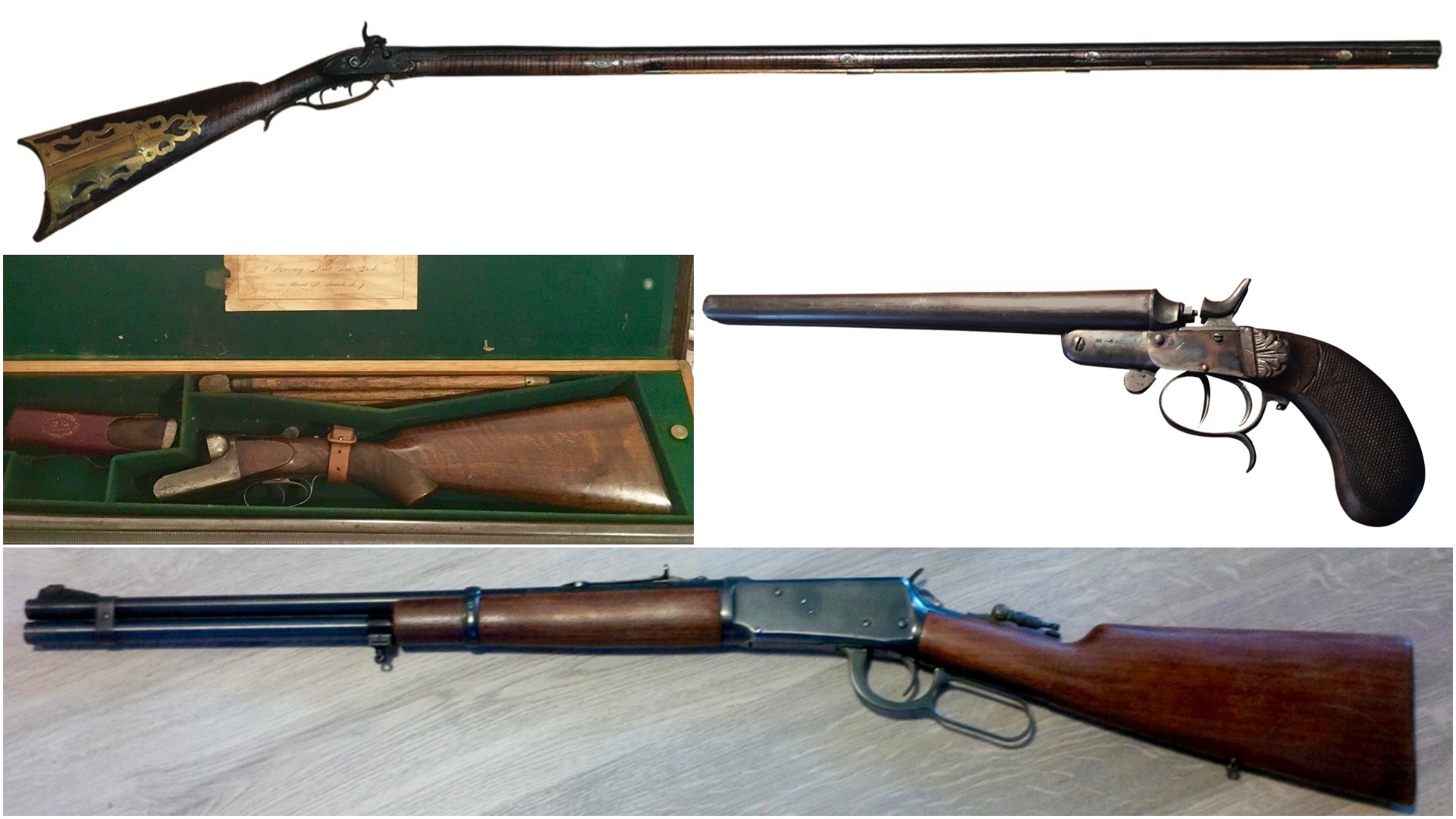 The interesting history behind these OC readers’ vintage guns

This old fellow (above) has been in my family for many years, and we would like to gather as much information on it as possible, including its value. When my great-grandfather purchased it from a dealer in Boston, the gun came with a letter stating it was carried by R.D. Greene in the American Revolution and later saw service in both the War of 1812 and the American Civil War.

The gun has some wear and pitting, as well as a few cracks in the stock, but overall it’s in relatively good condition. At some point, the gun was converted to a percussion cap. We’d like to narrow down its age and place of origin to corroborate the information we have, but we haven’t had any luck finding a reference to the maker’s name. Any insight would be appreciated.

I’ve been doing a lot of reading and research on this very interesting rifle, but can’t add too much that you don’t already know. The rifle certainly has the characteristics of the Kentucky/Pennsylvania rifle, such as the long barrel, brass patch box and popular fiddleback maple stock. There are plenty of arguments over whether these firearms are properly called Kentucky or Pennsylvania rifles. In the 1960s, I read that the representatives of the two states held annual shooting competitions using these rifles, with the winning state earning bragging rights until the next competition.

If your rifle was used in the American Revolution, it certainly would have originally been a flintlock, as percussion caps didn’t come into use until after 1820. I believe collectors would prefer the original flintlock over the conversion to caplock, but the rifle would still be of considerable interest to collectors. I can’t find any information on the manufacturer, but judging by your photos, it does appear to be a well-made firearm.

Values listed for this type of rifle on U.S. firearms sites seem to be all over the place, from $1,000 to more than $3,000. Other than a twisted screw slot, your rifle appears to be in very good condition, especially considering it is around 250 years old. Should you decide to sell it, it should be through a well-publicized sale at a firearms auction house (see www.outdoorcanada.ca/gunauctions).