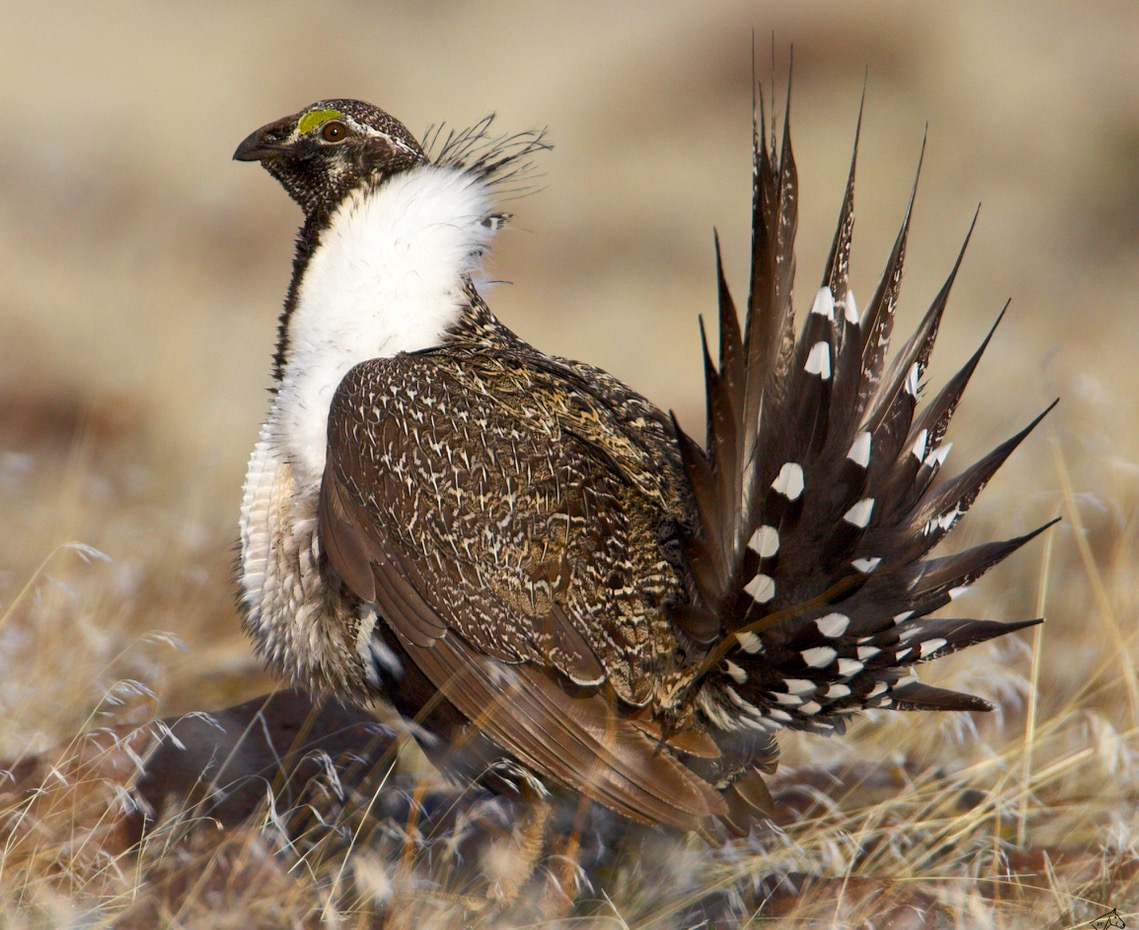 These Alberta ranchers are working to protect endangered grouse

It’s no secret Canada’s sage grouse are in serious trouble. Our country’s largest grouse is found only in Saskatchewan and Alberta. Due to population decline, the birds are currently listed as endangered under the federal Species at Risk Act. In Saskatchewan, sage grouse are on the verge of being extirpated. However, one of the province’s ranching families hopes to reverse this disturbing trend.

Miles and Sheri Anderson of Fir Mountain believe in providing habitat for endangered species. When speaking about the wildlife that makes its home on his property, Miles shared the philosophy that guides him as a rancher in an interview with the Regina Leader Post in 2016. “Everything’s got to have room to exist and we shouldn’t have to take it all,” he said.

Sage grouse were once found across much of southern Saskatchewan. Today, the Andersons are among the last landowners in the province to have nesting pairs of sage grouse on their land. Because of this unique and delicate situation, Miles researched the birds’ nesting patterns. He learned sage grouse need dense vegetation to nest effectively. Therefore, he keeps his livestock away from the grouses’ nesting grounds until the breeding season is complete.

His strategy has worked and the sage grouse have been successful in raising their young. The proof is that the birds have disappeared over most of their former range, but they’re still found on the Anderson ranch.

Over the years, the Anderson’s land management techniques have earned them a number of awards along with praise and accolades from colleagues who are interested in preserving native rangeland. In 2016, the Andersons captured the Environmental Stewardship Award from the Canadian Cattlemen’s Association.

The 25,000-acre Anderson ranch has been in the family since 1911 and is made up of hilly grasslands, sagebrush flats and riparian areas. There are between 650 and 700 head of cattle on the property.

Aware of criticisms the ranching industry faces from environmental groups and concerned citizens, Miles is answering the critics through actions.

“There’s been so many people trying to say the cattle are the worst thing that can possibly happen to rangeland, and I guess I’m trying to prove them wrong,” Miles told the Leader Post. “If managed properly, they can actually be beneficial for rangeland and endangered species.”

For more on the Andersons’ conservation work, go to www.outdoorcanada.ca/sagesaviours.