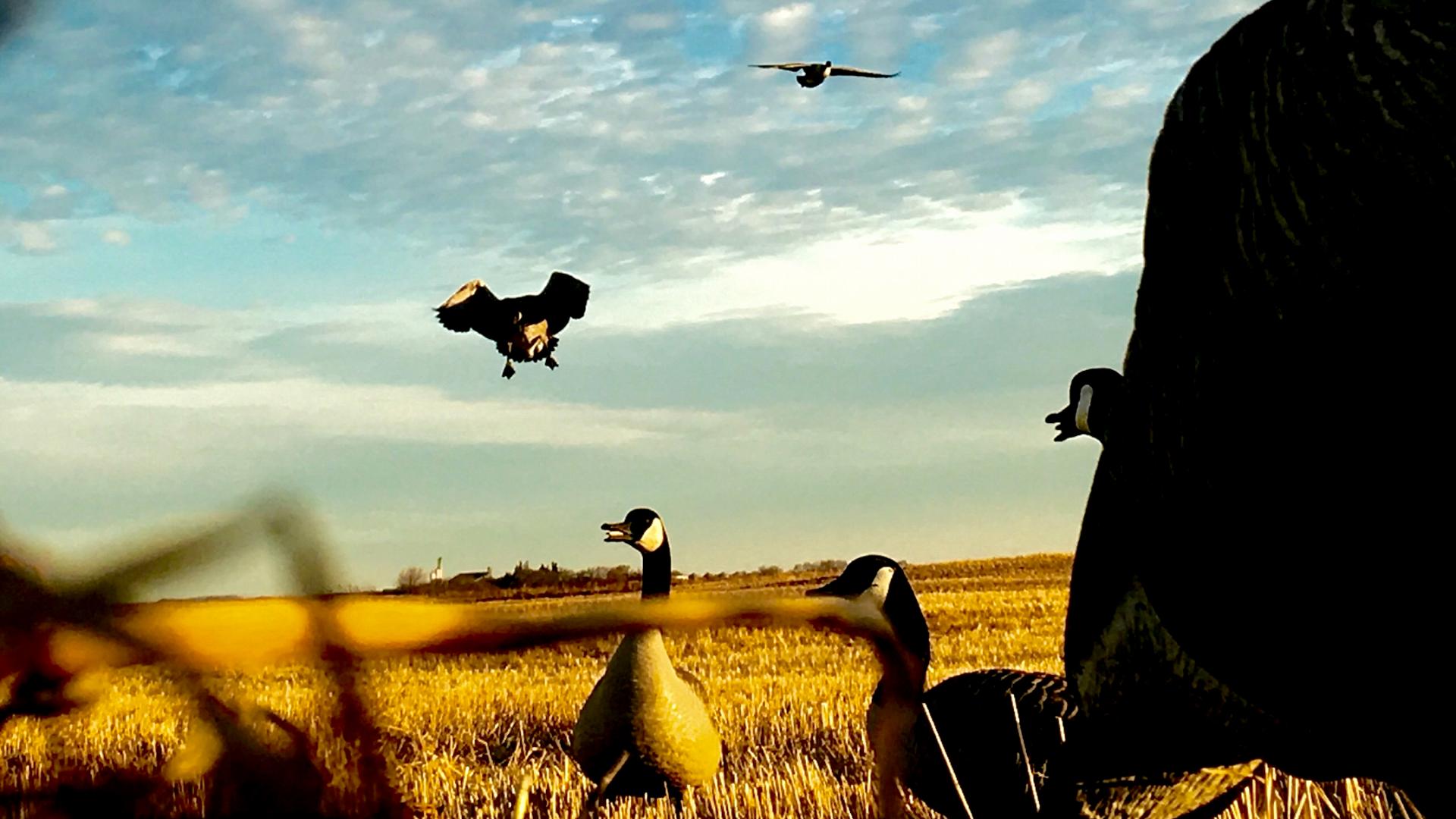 Successful field hunting of ducks and geese depends almost exclusively on setting up in the right place at the right time. The old real estate mantra “location, location, location” is as true for waterfowlers as it is for folks buying a new home. Quite simply, if you don’t invest time in scouting, you’ll be consistently disappointed in your hunting results. You also need to be strategic about your scouting, especially when you have limited time to head afield.

Geese and mallards, the primary targets when field hunting, roost every night on large wetlands. That’s where your scouting activities should begin. Roosting wetlands are generally permanent, with the birds returning to the same places year after year. A quick look at a map or on any satellite-based app can help identify likely roosts in your hunting area.

Mallards, snow geese and specklebellies often fly off the roost before legal light, so it’s critical to be in position early to watch where they’re heading. Canada geese tend to keep banker’s hours, however, so if they’re your objective, arriving as legal light breaks is generally sufficient. In either case, position yourself on nearby high ground and use a spotting scope or binoculars to watch as they fly off to feed.

Resist the temptation to follow the first flight out, as it may not represent the bulk of the roosting birds. Once you’ve determined the prevailing direction in which most of the birds are headed, however, follow in your vehicle to wherever they’re feeding.

Watching roosting water at night is a bit trickier, as the birds may not return until after dark. And while you won’t be able to ascertain exactly where they’ve been feeding, you’ll at least know what direction they’re arriving from, which should help you locate the field where they’re feeding.

Field-feeding waterfowl have definite food preferences, which differ depending on where you hunt. In some regions, it might be peas; in others, corn or barley is the favourite. It pays to know where specific crops have been planted, and at what stage they’re at in the harvest cycle.

With that in mind, spend some time before the season starts to identify fields planted with crops that are likely to attract waterfowl. Mark these fields on a map and periodically visit them as the season progresses—you can be sure the birds will show up at some point.

Once the birds arrive, watch the field for at least two consecutive days to confirm they’re committed to it—you’d be surprised how often waterfowl will jump fields, especially early in the season. And avoid fields that are so close to the roost that birds that have yet to leave will get spooked by those first shots.

­­­Identify the spot on the spot

Your work isn’t over just because you’ve found a field with feeding birds and secured permission to hunt it. Now you need to make note of precisely where in the field the birds are feeding, and from what direction they’re arriving. Otherwise, you risk watching helplessly from your blind as the birds spiral down into another part of the field.

Where adjacent roads allow, triangulate the exact position of the birds. Alternatively, drop a pin on your smartphone’s satellite map so you can find that precise location in the dark the next morning. Satellite maps also help identify key features not easily seen from the field edge, such as hidden sloughs, fence lines and transitions between crops, which need to be taken into account when determining where to set up. Also note and mark field access points, as they can be difficult to find in the morning darkness. And on the eve of your hunt after the birds have returned to their roost, enter the field and leave a reflective marking stake where you plan to set up.

Rest assured, the time you spend scouting will pay for itself tenfold once the season gets underway, with tornados of ducks and storm fronts of geese spiralling into your decoys—exactly as planned.