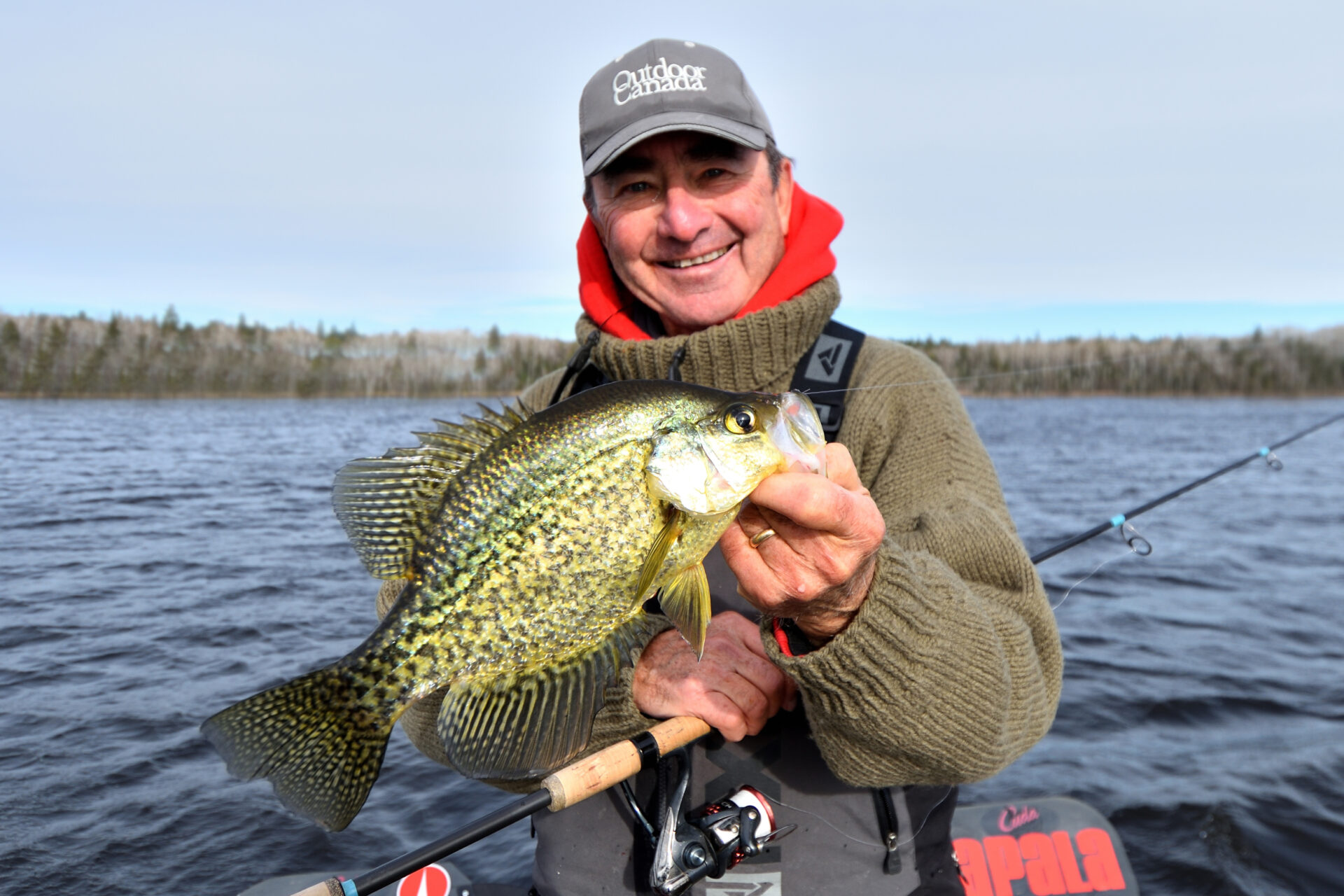 To be a successful angler, you need to hone this essential skill

LISTEN TO THE FISH

Some days on the water, it pays to be adaptable and observant

I am back home after spending the weekend presenting ice fishing seminars and workshops at the 2022 Winnipeg Ice Fishing Show, and it was great fun. One of the things I discussed with the frozen chosen—although it applies to every season of fishing—is the way that everyone sits on the edge of their seat hoping to hear about a top-secret lure. But what often works well in one lake, river, reservoir, pit or pond can be a total dud in the neighbouring lake, river, reservoir, pit or pond. So, instead of wishing and hoping for something that doesn’t exist, we’d be far more successful honing a few essential skills that fly under the day-to-day radar. And listening to what the fish are telling us they want is possibly the most important.

The reason I mention this is because a few days prior to heading over to Winnipeg for the Ice Fishing Show, I spent a day on the water with my daughter, Jennifer, and grandson, Liam, fishing for crappies. And after an hour long search, we finally hit the jackpot finding a huge school of nice size fish, grouped up along the edge of a weed bed.

I pitched out a marker to pinpoint the pod and kept it well away—at least two boat lengths—from the fish. Understand what I am saying?  Instead of dropping the marker right beside the fish, I tossed it at least 20 feet off to the side.

Why? Because we’d noticed on the two or three previous groups of crappies that we marked, the fish disappeared after the chain on the marker buoy settled to the bottom. Typically, I back right up on fish when I mark them on the sonar screen, and drop the buoy right under the transducer to precisely pinpoint them. But this day, they spooked and vanished every time I did it. So, lesson one learned for the day. 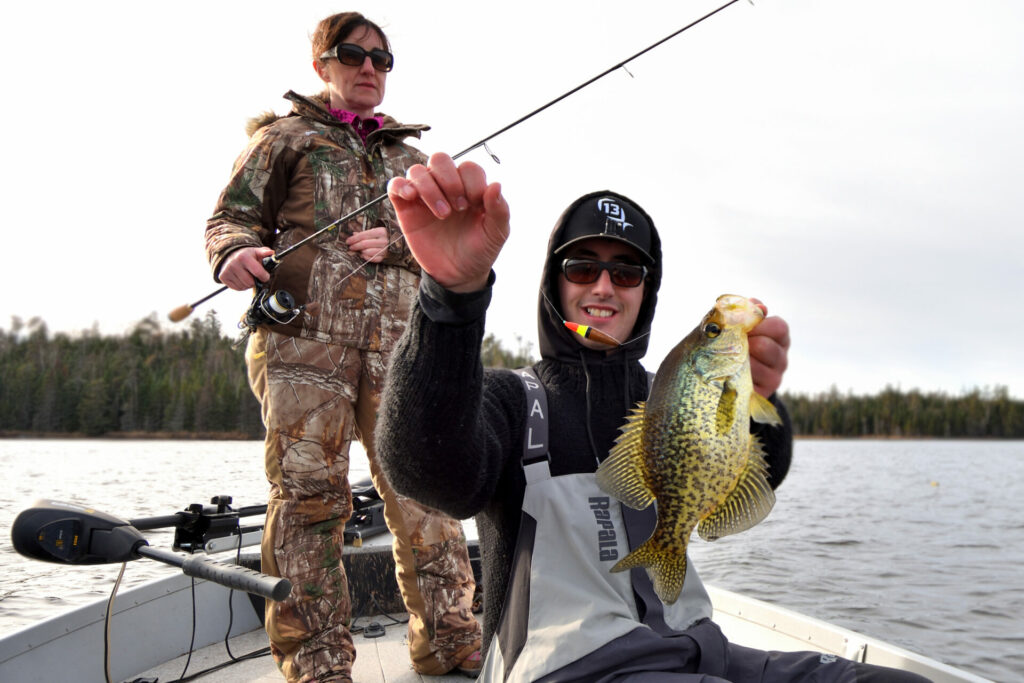 The second lesson came when Jenny started crushing Liam and me. I mean, she was reeling in and releasing a crappie after every single cast, while Liam and I were catching one every dozen or so pitches. Same rods, same reels, same line, same lures.  The difference? Jenny was using a slip float to drift her lure to the fish, and then suspend it in front of their faces, while Liam and I were casting and slowly swimming our baits past them.

Finally, with so many crappies bunched up in one relatively small area, it was time to experiment with soft plastic dressing colours.  Now, I’ll be the first to admit that colour is never a primary decision when you’re selecting baits and lures. Depth control and speed control are always more important. But, when you nail down those parameters, we’ve all seen the days when one particular pattern lights up the fish. And after showing them at least six or seven different hues, we hit the bonanza with a vibrant shade of orange and yellow. 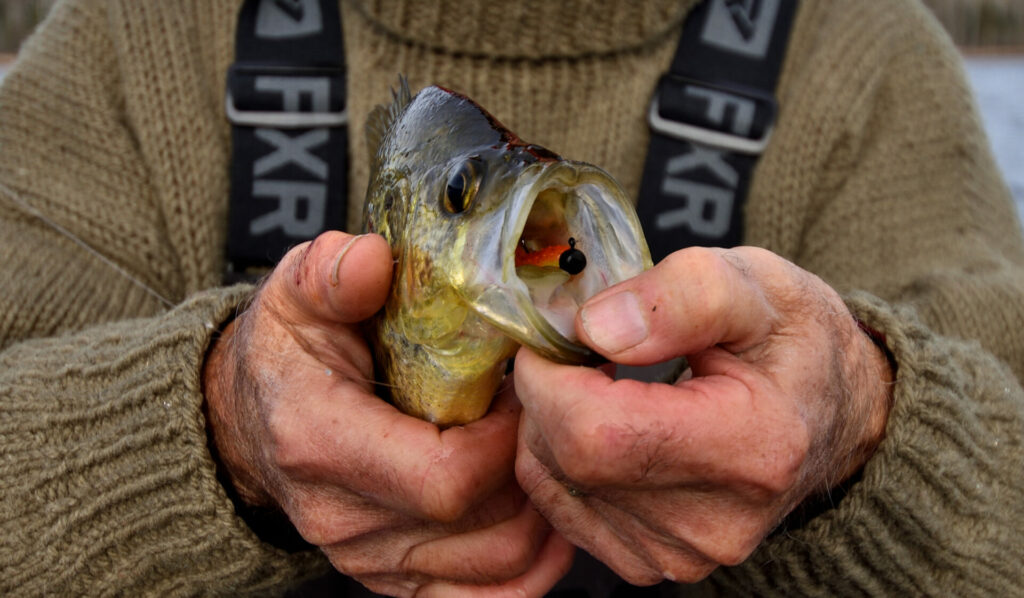 Now, don’t get me wrong, we were catching fish on other hues like white with silver fleck and green with gold fleck. But it was noticeable unhooking the crappies that they were always pinned around their lips.  But the moment I switched and pitched the hot colour of the day, they choked on it. As a matter of fact, we had to use forceps to get it out their mouths, they swallowed it so deeply.

Jenny said it was the best day of crappie fishing that she has ever enjoyed, and it didn’t happen because of a secret lake, confidential lure or mystery presentation.  Instead, we simply listened to what the fish were trying us…. and then gave them what they wanted.