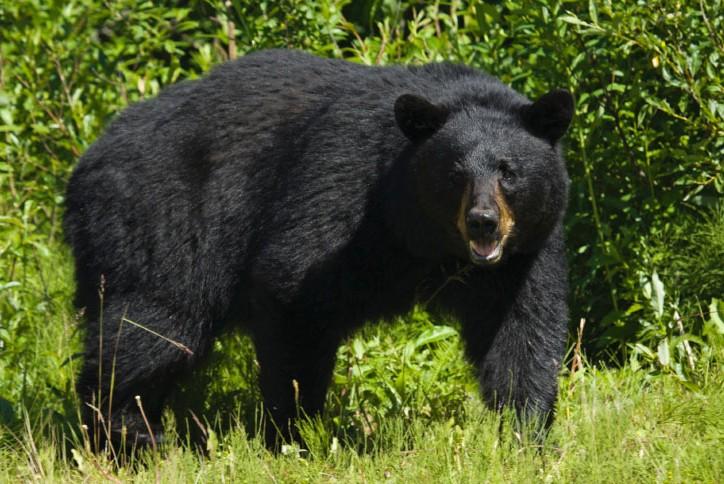 No category generated anywhere near as much difference of opinion as this one: 64 outfitters responded, with 15 different cartridges recommended. The .30-06 was the clear favourite, with 38 per cent of the vote, well ahead of the .300 Win. Mag., in second place at 14 per cent. No other individual round exceeded 10 per cent of the mentions.

What was evident is the great diversity in how and where outfitters are hunting black bears. Some choices clearly reflect short-range shooting, generally meaning they’re hunting over bait. The four selections for 12-gauge slugs are indicative of this, as were the two mentions of the .45-70-a round that’s been with us for more than 135 years-and the single vote for the .450 Marlin. All will knock a black bear over effectively, but the effective range should be kept to fewer than 100 yards.

Conversely, the .338 Win. Mag. mentions tended to come from B.C., where baiting is not allowed and the bruins are among the largest on the continent.

Other recommended cartridges included the .325 WSM, .300 RUM, .308 and .270 Win. One outfitter nominated the .375 H&H, which seems like overkill unless you’re hunting in an area also populated by grizzly bears.

One Manitoba outfitter recommended a .50-calibre muzzleloader; it’s more than up to the task, though I would question why any single-shot firearm would be an outfitter’s first choice for hunters.

Interestingly, this was the only category where a specific cartridge was singled out as a bad choice, with one outfitter stating flatly, “I hate the 7mm Rem. Mag., as I’ve seen too many wounded bears with this cartridge.”

Generally heavy-weight-for-calibre bullets were the odds-on favourites, with 200 grains and up popular for the family of .30-calibre cartridges. Premium bullets available in factory ammunition were highly recommended, with Nosler Partitions again leading the way, followed by Barnes X bullets and Swift’s A-Frame.

There was no shortage of hunting advice:

1. Field judging size and/or sex. Differentiating a mature boar from a younger animal, or a sow, can be challenging for even experienced hunters, so it poses significant problems for the inexperienced.

Sows or young animals, on the other hand, were described as being short, fat and “built like a light bulb,” having long legs, big ears and a broken, uneven hair pattern. When hunting over bait, height markers on adjacent trees were recommended as valuable aids in determining size.

2. Shot placement was a toss-up. A couple of guides specifically suggesting you shoulder-shoot a black bear, while several others mentioned specifically to avoid the shoulder and instead go for the double lung shot behind the shoulder. One Ontario guide even suggested head or neck shots were his preference, though I can’t say I support this notion.

The real debate appears to be one of breaking a bear down by busting up a shoulder while also doing lung damage, versus taking out both lungs and increasing the odds of an easy-to-follow blood trail by ensuring a pass-through shot. This is a classic argument with no clear winner.

Other bear-hunting tips involved the best time of day to spot-and-stalk hunt, with several guides recommending early in the morning; others preferred the evening hours, especially on sunny days. Bait hunters, meanwhile, were advised to use trail cameras to help determine the times of day bears are feeding.