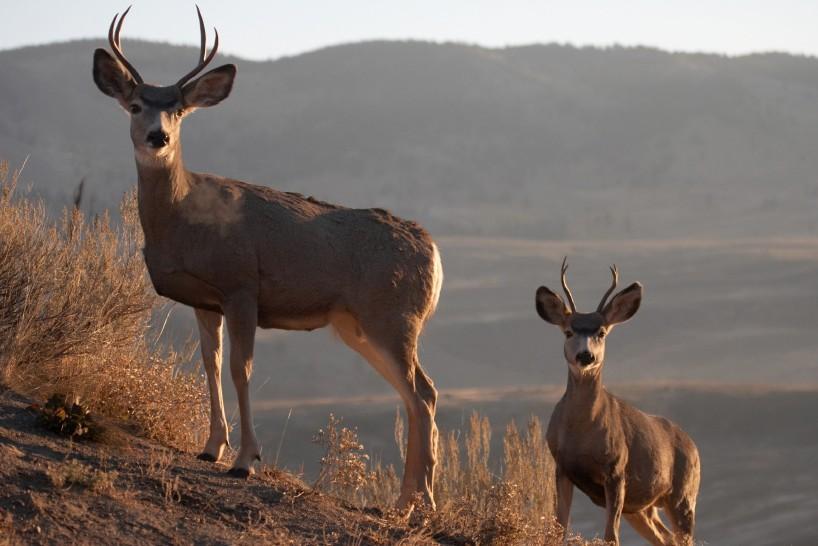 Given the mule deer’s limited distribution—and the fact outfitted hunts for non-residents are only available in Alberta and B.C.—it’s not surprising just 26 outfitters responded to this part of the survey. And at that, there was no clear consensus on cartridge choice, with 10 different calibres identified.

Flat-shooting, hard-hitting magnum calibres clearly ruled the roost, with the .300 Win. Mag., .30-06, 7mm Rem. Mag. and the .270 WSM their top picks. Undoubtedly, this reflects the extended shooting distances often required for mule deer, which are commonly hunted in the West’s foothills and mountainous habitats.

Other recommended cartridges included the .280 Rem., the .325 WSM and the .300 RUM. Interestingly, Remington’s Ultra Mag was nominated by a B.C. outfitter, who also chose it for several other big game; those were the only references to Ultra Mag calibres in the survey, however. Winchester’s Short Magnum cartridges received noticeably more recognition, although they still lag well behind the more established and traditional rounds.

Compared to the whitetail bullet choices, there was a noticeable trend to lighter-weight-for-calibre slugs. For example, 150 grains was recommended most for the .30-06, with 165-grain pills generating as much support in the .300 Win. Mag. as 180-grain slugs did for whitetails.

Those who mentioned brands again preferred the Nosler family, particularly the Partition bullet, though the Barnes X and Trophy Bonded Bear Claw were also listed by more than one outfitter.

When asked for practical advice for the rest of us, mule deer outfitters responded with two clear tips: