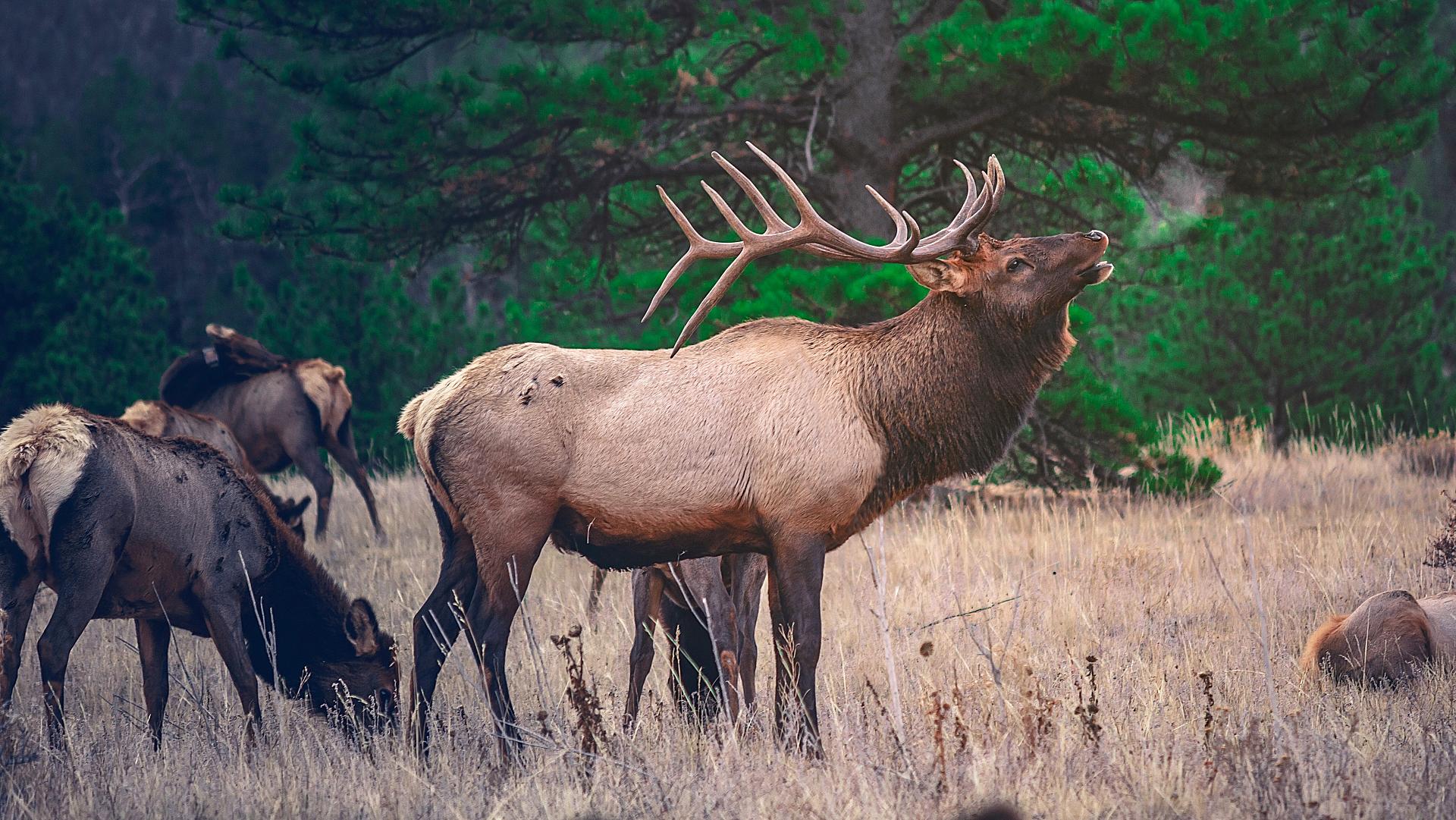 Trophy elk: Everything you need to know about calling—and listening to—big bulls

Hoping to connect with a trophy elk? The key to a successful hunt is learning his lingo and getting the conversation started

I’ll never forget that crisp September morning. My bowhunting partner and I had stopped for a quick snack on the edge of a wet meadow when a bull elk bugled. He was answering our call from a few moments earlier, and his big, brash reply made our calling efforts seem pathetic. Still, we bugled back and finished the sequence with a bull chuckle, as if to say, “Bring it on, big fella!”

When the bull bugled again, he sounded even more agitated. Then we could hear branches shattering from within the shadows of the forest as he raked his antlers up and down a slender spruce. And the guttural chuckling that followed almost sounded as if he were hyperventilating. Psyched and ready to fight, the bull strode into the meadow.

Hoping for a shot, we had already tiptoed around the edge of the meadow, but that was a big mistake—we should have stayed put and kept calling. Elk can pinpoint sound with ease, so when the bull couldn’t see or hear another bull, he got nervous. Standing broadside out of arrow range for a few seconds, he barked once, then ran back into the timber.

Though we didn’t get that bull, it was still a thrilling moment, as it was one of my first interactions using the language of elk. Since then, every elk encounter has taught me something new about how these animals communicate. As with any wild game, coaxing a big bull elk to come to you is part art, part science and part luck. Here’s what I’ve learned, and how you can get in on the conversation.