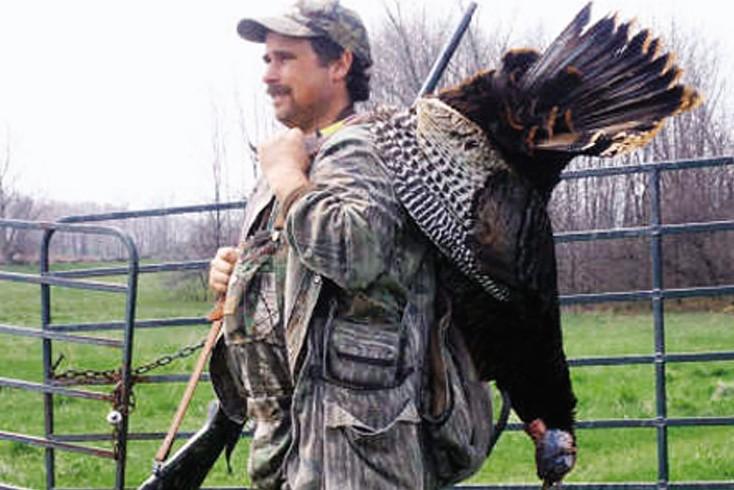 10 essential tips for hunting turkey in the afternoon

To find out what hunters need to know—and do differently—when chasing afternoon toms, we sought the advice of expert turkey hunter and guide Adrian Hare (see “The expert” below). With that, here are the top 10 things you should know about turkey hunting after lunch.

Based in New Lowell, Ontario, Adrian Hare has hunted afternoon toms in several regions of the U.S. where afternoon turkey hunting is permitted. Not only does he teach turkey hunting and calling, he also guides turkey hunts and is the Canadian and U.S. rep for Quaker Boy Game Calls. And in 1995, Hare recorded a wild turkey grand slam, taking four different subspecies.

Experienced turkey hunters know about the dreaded dead zone in mid- to late morning, when gobblers won’t leave their willing hens to investigate a hunter’s call. That all changes in the afternoon. By then the hens have been bred and they’re feeding quietly or retiring to their nests to lay an egg or rest. Suddenly, old long beard has no playmates and your call may start to sound pretty good to him. He may amble toward the location he heard you calling from in the morning, or he may search out your fresh set-up if you just entered the woods and started calling.

A tom can gobble whenever he pleases, and some toms gobble all day, but generally gobbling falls off in the afternoon. Just because you don’t hear a gobble in answer to your call, though, it doesn’t mean there’s no tom turkey coming your way. Afternoon toms are still interested but tend to show up unannounced. If you know there are gobblers in the area you’re hunting, don’t try to get them to gobble with a shock call or loud yelping. Instead, just sneak in quietly, set up safely, call softly and get your gun or bow up and ready for a silent entrance. Late in the season, meanwhile, toms are as interested in exerting dominance over other toms as they are in breeding. A boss tom, therefore, may come in to fighting purrs or the slower, raspier yelps of toms. Master those calls for afternoon hunting.

During the first two weeks of the season, turkeys feed heavily on harvested fields, picking through leftover crops. In Ontario, for example, they favour corn and soybeans. Later in May, when things start to green up, they like the tender shoots of new crops and natural plants. When insects begin to emerge, turkeys forage along the forest floor, scratching and pecking for them. Hens in particular feed heavily on insect protein to sustain reproduction. If you can set up early in the afternoon along their daily feeding routes, they may bring a gobbler your way, as toms follow foraging hens.

Choose an area that you know holds turkeys, and don’t give up when you don’t get any answers to your calls. Moving set-ups increases the risk of bumping birds that are coming in quietly. You can also disturb feeding flocks and educate them about your calls and methods. If you can see or hear a flock that may include a tom, but the birds won’t come within range, you may, as a last resort, try to incite the boss hen to come in. A bit of loud, bossy cutting and yelping might trigger her dominant instinct. If she answers, match her calls note for note with all the bossiness you can muster. She may stride right over to kick your butt, bringing the tom in tow.

Another good place to set up is near a strut zone, which is usually a small, elevated clearing. You’ll know you’ve found one if there are a few feathers lying around and the ground is quite scratched up. Unattached gobblers will keep returning to these areas hoping to meet up with a willing hen. And if there’s a sandy patch in your hunting area, watch for turkeys treating themselves to a dust bath during dry weather. If nothing is happening in the feeding areas, both the strut zone and the dust bath are good backup locations for afternoon set-ups and quiet calling.

As the day cools and the shadows lengthen, turkeys go on the move again, foraging toward their roost sites. If you’ve located a roost site, don’t disturb it (see #10). Instead, try to set up in a location where you can intercept the birds as they make their way to the roost area. Gobbling and hen yelping increase in the evening as the birds try to relocate each other before roosting, so adapt your calls accordingly with louder yelping and cutting.

If you’re in the woods all day, you may get antsy if you’re not seeing anything at your set-up. Don’t think for a minute, though, that you can sneak up on turkeys that you hear calling and get close enough for a shot. So much can go wrong in this scenario, the least of which is that your movement will be picked off by the birds’ sharp eyes. Plus, the call you hear may be that of another hunter, or it may be coming from turkeys that another hunter is working. Simply put, sneaking through the woods in full camo toward a turkey call is the best way we know of to get a face full of high-velocity No. 4 shot. If you want to relocate, put on a blaze orange cap or vest and walk quietly to a new location; then set-up and call again. And hang your hat or vest on the back of the tree you choose to lean against. This will alert any hunters approaching from behind that what they’re hearing is a hunter calling, not an actual turkey.

Rain may slow down turkey activity, but it doesn’t stop it. During a cloudburst, turkeys may seek temporary shelter under the forest canopy, but in light to moderate rain, they carry on feeding and breeding. They do, however, relocate their activities to open clearings and fields so that the sodden vegetation doesn’t soak their feathers. As a bonus, a rainy afternoon means you could have the turkey woods all to yourself—just be sure to wear good raingear under your camo.

Hens and toms are most vocal early in the morning and at dusk, when they yelp and cut and gobble to locate each other after periods of separation. In the afternoon, however, hens forage quietly, keeping in touch with each other through soft clucks and purrs. Likewise, hunters should use soft clucks and purrs rather than yelping and cutting in the afternoon. Friction calls like the peg and slate or the wooden box excel at making soft calls; even when used at low volume, their sounds carry farther than those of diaphragm calls. It’s good to have a diaphragm call at the ready, though, when there are birds in sight and you need to be still, or if you need to anchor a gobbler in place for a shot. To further simulate feeding hens, hunters can scratch leaves on the ground with quick raking motions to mimic the sound turkeys make when they kick back leaves with their feet.

Turkeys require secure roost sites, so don’t disturb them as the birds return to roost at night. If they can’t roost safely, they may leave the area entirely in search of a new site-taking with them your chance at a gobbler on your next hunt. Besides, hunting hours are already over by the time they fly up to their roosting trees. The best thing you can do is head home—and start planning for another day.