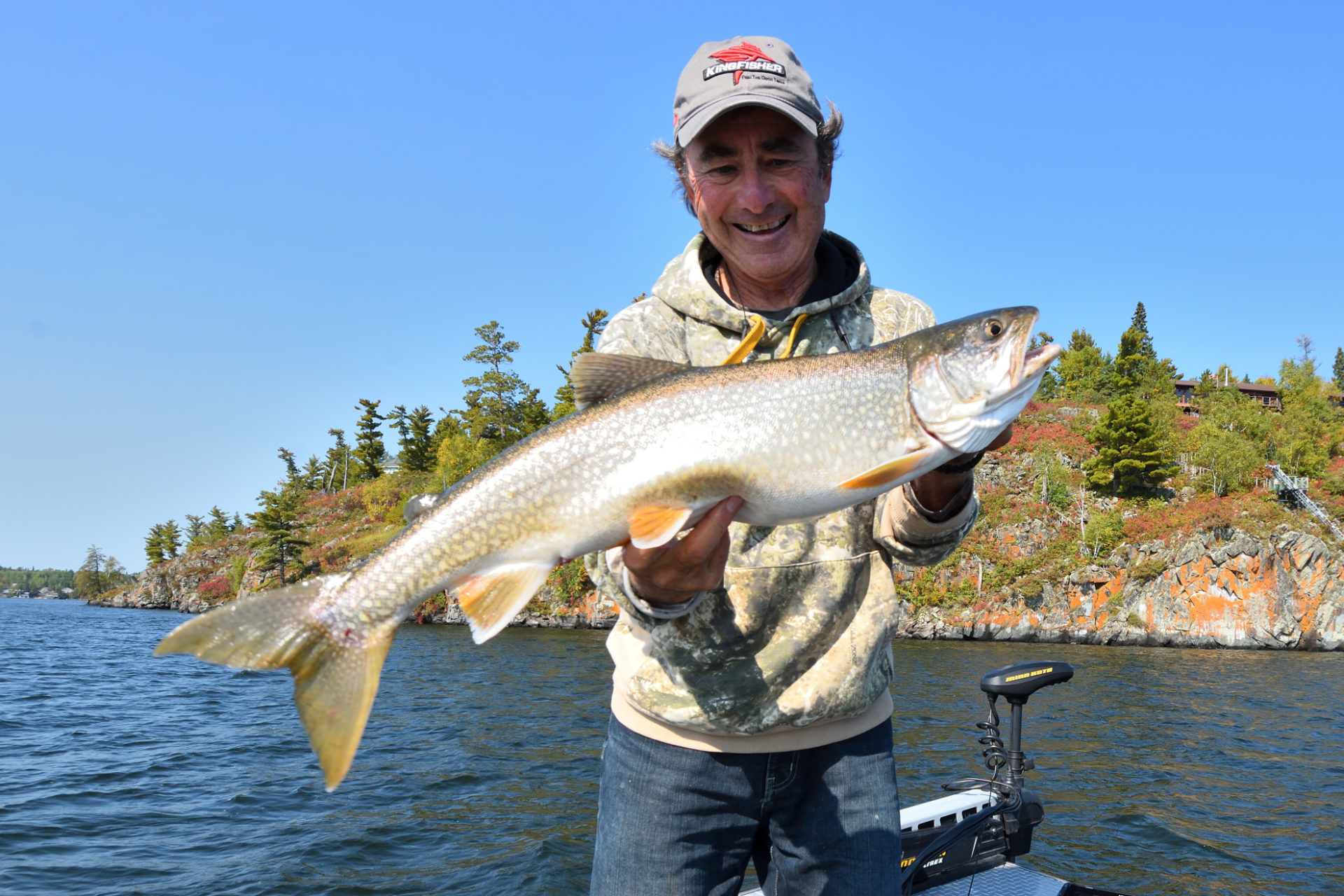 Video: How to make your lure stand out from the crowd

Finding schools of bait is very helpful, but finding too many can be a problem

I’ve delayed posting this week’s Fish Talk With The Doc video for a while now, waiting for an opportune time and boy, oh, boy, did I ever find it the other day.

I was fishing for lake trout, just before the season closes here in Northern Ontario at the end of the month. And I had a pretty good idea where the fish were staging, as I was fishing a favourite part of the lake, and a go-to structure that I’ve visited for nearly 50 years. But my heart skipped a beat when I turned on the Humminbird Helix 12, and spotted huge schools of ciscoes suspended out over the main lake basin, not far away from the rocky ledge where I knew the trout often set up to ambush dinner.

Now, two important considerations: I was matching the hatch by offering the trout a variety of 4-, 5- and 6-inch-long soft-plastic ciscoe lookalikes. But I was also making my bait stand out from the crowd. That is, there were so many thousands of silvery foot-long herring swimming around that I had to do something different to attract and trigger the fish.

I caught the first trout after I noticed that the baitfish were concentrated in about 35 to 40 feet of water, even though the main lake depths they were swimming over were often twice that deep. So I alternated retrieving my paddletails slightly above, and slightly below those defining depths. Working the top layer, however, didn’t pay off. But when I counted down and swam my swimbait through the 45-foot level… bingo! Fish on.

I also noticed that the schools of ciscoes were constantly moving. One moment I’d look down at the screen and see dozens of marks, and then a few seconds later it would be as empty as Mother Hubbard’s cupboard. That’s when the light went on, and I had the brilliant idea (they do occur me sometimes) that I should hover my lure perfectly still, without moving it at all, in the middle of the water column. And this made it stand out from the crowd like a sore thumb. I mean, it must have looked like a lost child, standing alone, in a vacant parking lot, crying for its mother. The rest, as they say, is history.

There are, of course, many other ways you can make your bait or lure stand out from the crowd, as I discuss in this week’s Fish Talk With The Doc.  I hope you enjoy watching it.