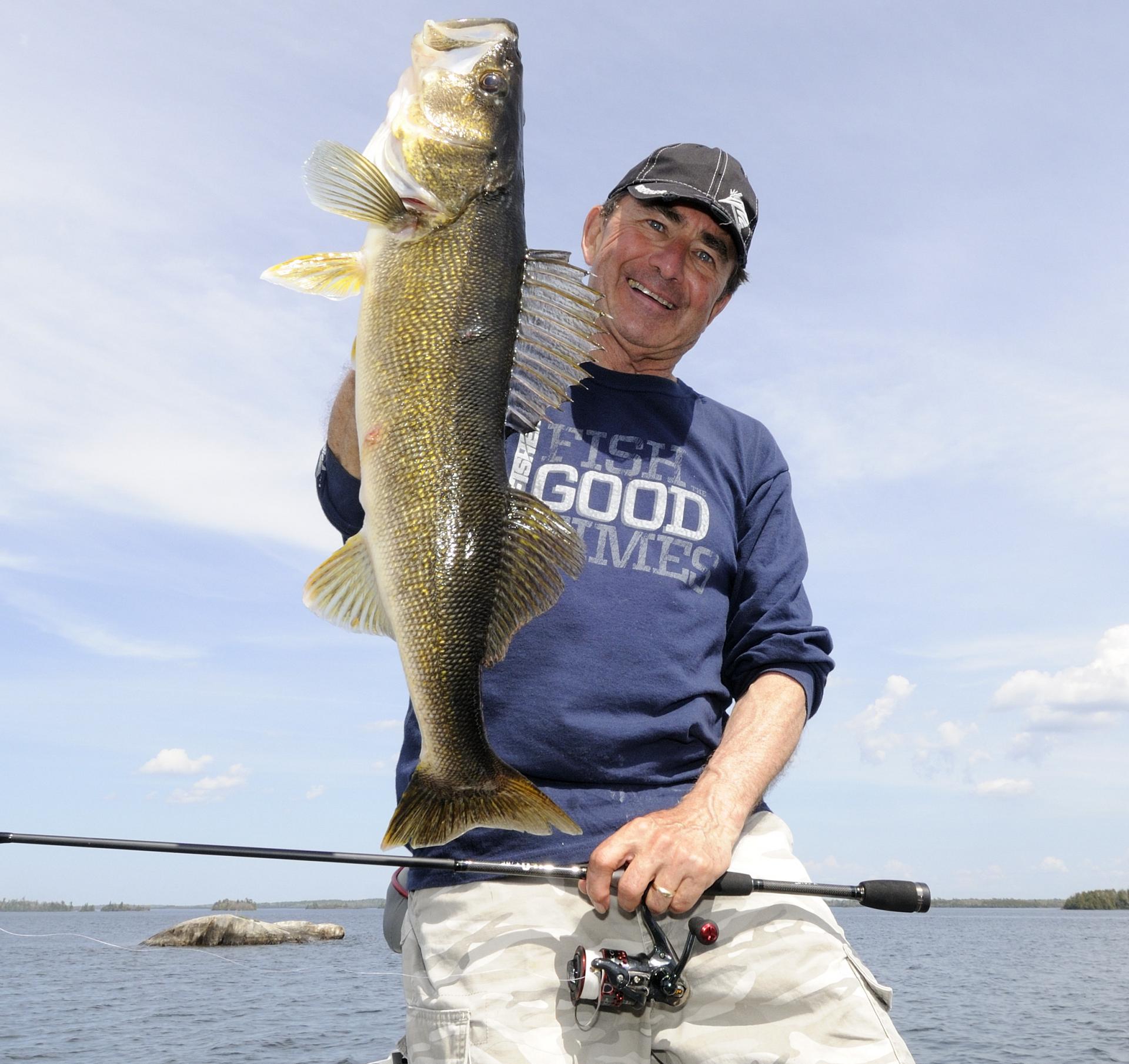 The truth about your lake’s walleye population

How many walleye are swimming in your favourite fishing hole? The answer might surprise you

Okay, let’s have some fun today.

But before we go any further, here is what I’d like you to do.  Think about your favourite walleye lake and all the great times you’ve spent fishing there.  The good days, the bad days and even the so-so outings.

Now, ask yourself this question: What is the walleye population of the lake?  In other words, how many walleyes do you think are swimming in the lake?  Hundreds?  Thousands?  Maybe even millions?

When the fishing is good, it seems as though the walleye numbers are unlimited.  We often refer to the lakes as walleye factories.  When the fishing is bad, they seem like Dead Seas.   Ironically, the numbers usually are never what they appear to be.

Biologists use terms like the standing stock and density of a population to describe the number of adult walleyes that are actually swimming around in a particular lake, river, reservoir, pit or pond.  And that, by the way, is how you have to look at it.  On an individual lake-by-lake, river-by-river, reservoir-by-reservoir basis.  Because to a waterlocked walleye, its whole world is the system in which it lives.  The rest of the lakes, rivers and reservoirs scattered across the country are as foreign and unimportant as distant planets or galaxies. 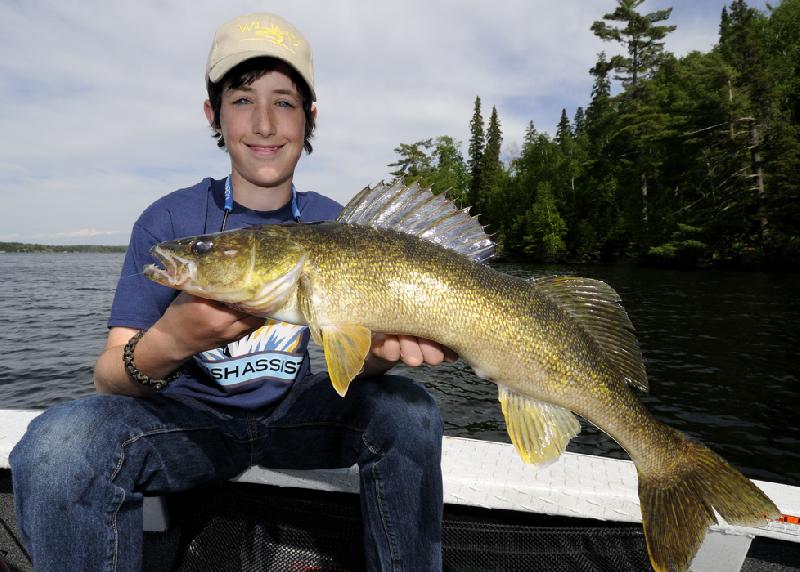 Obviously, the number of walleyes in your favorite water will vary based on a whole host of factors.  The size of the waterbody is an obvious one.  Less apparent are things like the variety, size, abundance and quality of prey, the presence of predators, the fertility and turbidity of the water and the presence or absence of quality spawning areas.  Others factors that can affect the number of walleyes are man-made like recreational fishing pressure, commercial and/or aboriginal netting, pollution and the alteration of fish habitat.

Then, too, unlike human populations that tend only to rise and rarely undergo dramatic changes in numbers, except as a result of war or natural calamity, walleye populations often peak and plummet.  Indeed, strong and weak year classes are natural occurrences.  Walleye anglers often follow the strength or weakness … through good or bad fishing … as the walleyes that are born one year progress as juveniles, and then as adults, through the ranks.

Because of these fluctuations, biologists conduct creel surveys and undertake what are known as mark and recapture studies.  In the latter case, walleyes are caught, usually in trap nets in the spring when the fish are in cool shallow water and congregated around spawning areas.  They’re removed from the nets, weighed, measured and marked usually with small highly visible individually numbered tags that are harmlessly inserted or sewn into their bodies, usually toward the back, behind the dorsal fin. 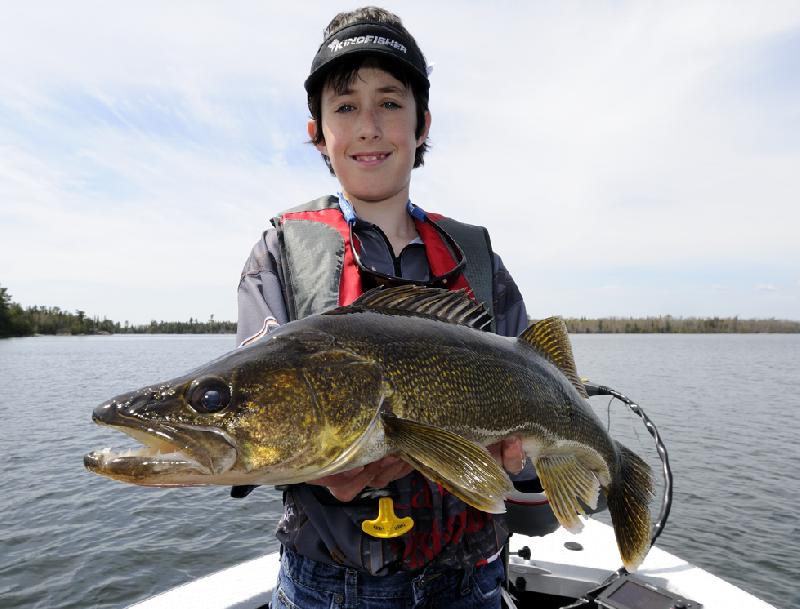 Based on the number of tagged fish that are later caught and reported by anglers, or turn up in electro-shocking surveys or test nets, the total population of walleyes in a lake, river or reservoir can be accurately determined. Just like the census taking process most of us are familiar with.

So, back to our original question.  How many walleye do you think are swimming around in your favorite fishing hole?

According to the Synopsis of Biological Data on The Walleye, produced by Colby, McNicol and Ryder for the Food and Agriculture Organization of the United Nations, densities of mature populations of walleye were as high as 24 fish per acre (53.2 / ha) in Storm Lake, Iowa.  In most lakes, however, the number of mature walleyes (usually 4 years of age or older) ranged between 4 and 9 fish per acre.

Indeed, a recent report produced by the Wisconsin Department of Natural Resources bears this out.  Mark and recapture surveys in the state showed that the density of in lakes with naturally reproducing walleye populations was 4 adult fish per acre.   In an average 500 acre Wisconsin walleye lake that would be a total population of about 2,000 adult fish.

In Wisconsin lakes that are stocked with walleyes to maintain recreational fishing, on the other hand, adult population densities averaged 1.5 walleye per acre.  This lower number reflects the fact that stocked lakes rarely enjoy the same physical, chemical and biological conditions that favour lakes with naturally reproducing walleye populations.

The bottom line, nevertheless, is that across the North American walleye range, the number of adult fish in most lakes, rivers and reservoirs is much lower than most anglers suspect.  Or want to believe.