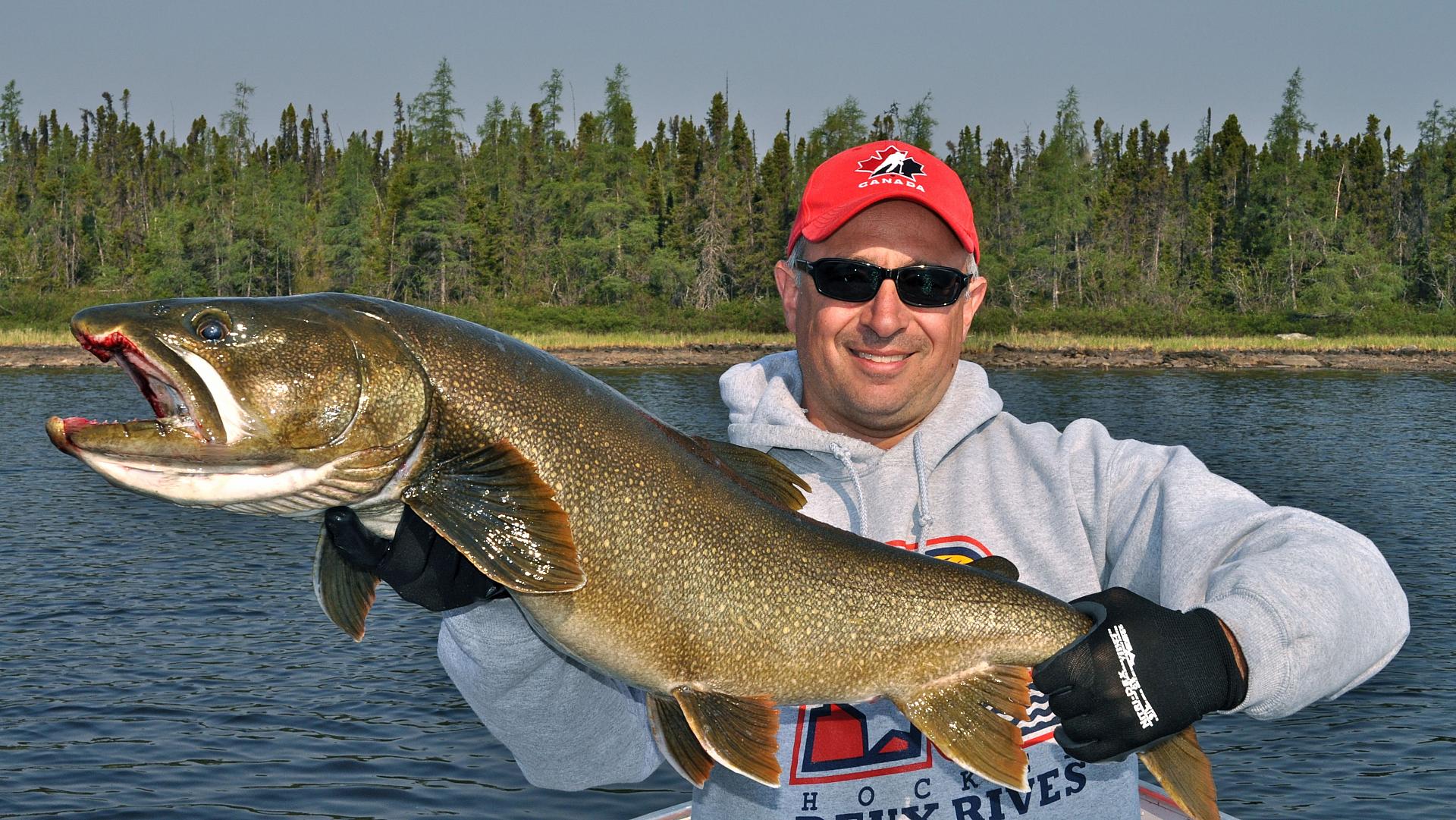 Forget the downriggers and leadcore lines, and try simple jig-trolling with oversized plastics

What’s the best way to catch the lake trout of your dreams? Most folks will tell you it’s trolling a spoon, body bait or cutplug behind wire line, leadcore, a downrigger or the likes of a Jet Diver. Fortunately, Mark Macauley isn’t most folks, which is how he came to ignite an angling revolution of sorts across much of northern Canada.

A long-time client of Lake St. Clair muskie guide Jon Bondy, Macauley has had great success over the years vertically jigging for muskies with Bondy’s giant, seven-ounce, soft-plastic baits in the swift current of the Detroit River. So when he headed north to fish for lakers on Lake Athabasca some 10 years ago, he stuffed a single Bondy Bait into his tacklebag.

“I figured that a pearl Bondy Bait (above) would get down to the bottom quickly,” Macauley says of his reasoning for bringing the giant lure all the way to northern Saskatchewan. “The trout up there love eating small whitefish. I figured the bait would look like a whitefish sucking up snails as it fell nose first.”

Still, Macauley had to be patient and wait for an opportunity to jig the giant bait, given his fishing partner’s penchant for trolling. The chance finally came as they drifted while eating lunch. He dropped the bait over the side of the boat, let it fall to the bottom, pumped it twice and—boom!—a 29-pound lake trout was on the line. But one fish hardly makes a pattern.

“As my partner resumed trolling, letting out his line, I dropped the Bondy Bait over the side again and snap-jigged it,” Macauley says. “I kept catching huge lake trout before he could even engage his reel. I was driving him crazy.” Now he had a pattern: jig-trolling with a Bondy Bait.

According to Macauley, the secret to jig-trolling is to move the boat along at between 1.8 and 2.2 miles an hour. Once moving, he lets the bait fall straight down to the bottom, then turns the reel a couple of times to slightly elevate it. Next, he snaps the lure up and lets it tumble back down, pausing briefly at the top of the lift and the bottom of the fall.

When the movement of the boat lifts the bait higher in the water column, Macauley simply lets out more line until he reconnects with the bottom, then resumes bouncing the bait along. When he finds he has too much line trailing behind the boat, he reels in and restarts the process.

But don’t start your day jig-trolling, Macauley advises. Instead, begin by trolling to find the fish first—it’s a much faster process. Once you have the lakers in your sights, though, jig-troll them up. Macauley’s biggest laker on a Bondy Bait so far? A 37-pound brute.

You can also enjoy spectacular lake trout catches by vertically jigging big five-inch tube jigs, such as Bass Magnet’s Tubezilla. Once you spot a school of big fish on your sonar, or catch two or three lakers milling about in the same location, shut off the motor, park over top of the fish and make hay while the sun shines.

I almost always stick with Bondy Baits when there’s a breeze or waves— the near half-pound of lead gets the lure down to the bottom quickly, then keeps it there while you jig-troll. But when the pond is calm and I’ve corralled a school of lake trout, I won’t hesitate to mop up a bonus fish or two with a big tube.

The same applies after I’ve caught several fish with the Bondy Bait and the trout sense something’s awry. I’ll lower a tube to within a foot or two of bottom, then hold it perfectly still—the tentacles will continue to shudder enticingly and catch the eye of any laker looking its way.