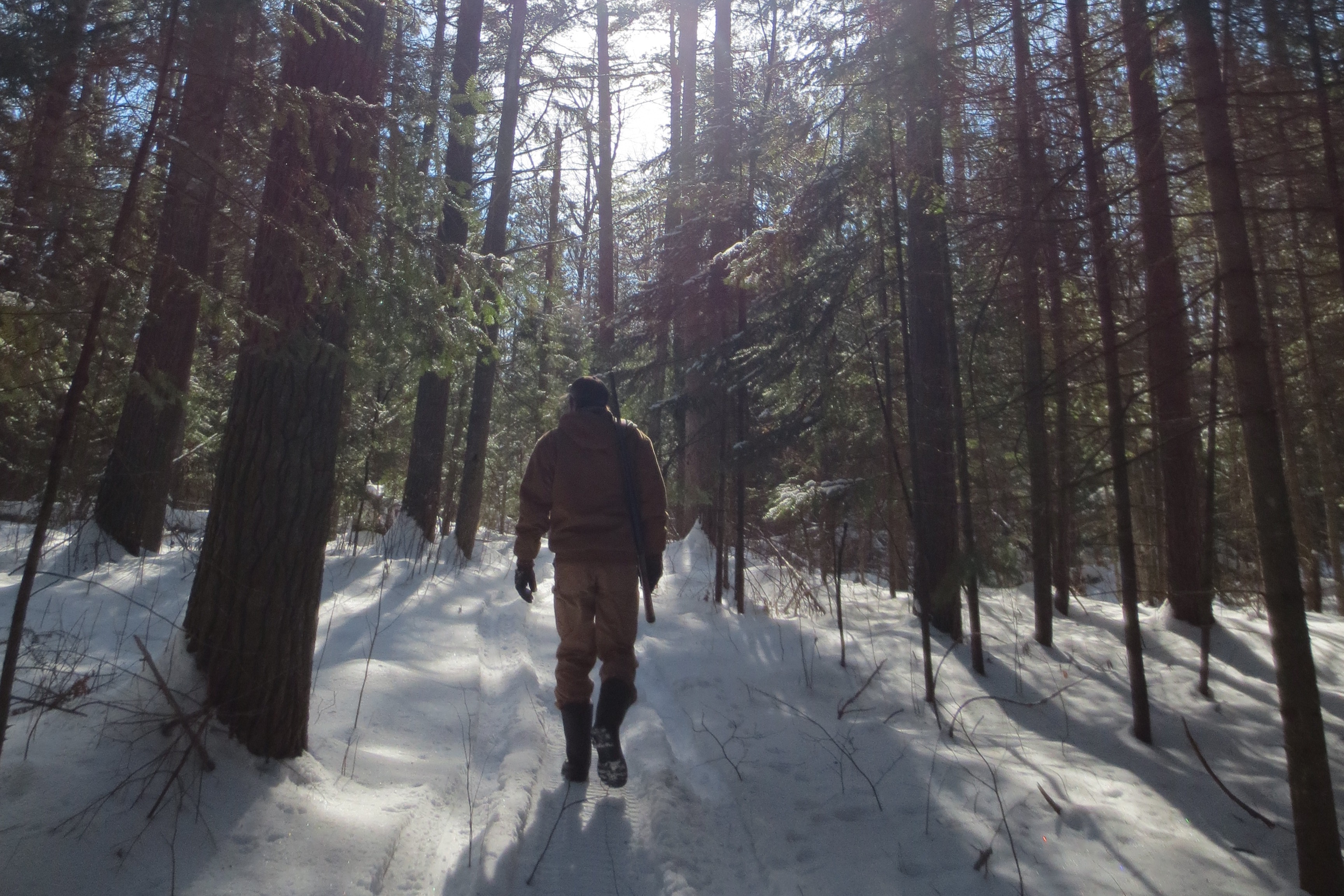 What I learned from rescuing a lost deer hunter

The first thing I heard was a stick breaking, and when I looked up from setting my coyote snare, I half expected to see a buck. But what I saw instead was a hatless figure in hunter orange trotting down the ridge, fast and determined, his eyes fixed on me and never looking away. I wondered if he was just coming down to talk, or maybe something not so friendly. Whatever his intentions, I stood and waited.

When the man was close enough for me to get a good look at his face, I could see a couple of raw scratches where a whippy moosewood limb had swiped him. There was no blood, but his beet red face couldn’t hide the nasty stripes. His hair was soaked in sweat, and his orange jacket was covered in twigs, as though he’d been crashing through the brush in a mad hurry. He was a tall man, and he appeared tired, dishevelled and badly rattled. But of all the things I noticed, the one that stood out and told the story was his eyes—big, round and filled with unmistakeable desperation.

Spend enough time in the tall timber and sooner or later you will get lost. Oh, you can call it turned around, slightly off course or whatever. Anyone can get lost, and the real shame is how experienced, clear-thinking outdoor people can’t admit it until it’s too late. That’s what can kill you, and a lost person’s death is not a pretty one, no sir. Getting lost, an old-timer once told me, is like falling in love: it happens when you least expect it. You might have travelled a piece of country a hundred times, but one simple change in direction and suddenly the most familiar piece of ground can become shockingly unfamiliar.

“Hello!” the hunter said, his raspy voice sounding like his throat was so full of gravel a bucket of water wouldn’t wash it out. Staggering out onto the old logging trail, he stood there puffing like a defenceman after three straight shifts killing a penalty. He looked around and wiped his face with a hand that just ever so slightly trembled. Exhaustion and dehydration will mercilessly stalk a lost person, and they both had a grip on him—and for some time, too, I suspected.

The man grinned and said it was a warm day for November, which in fact it wasn’t. Then he looked back at the spruce ridge he had just descended, then back at me, wild-eyed. He walked away a few steps, then returned and walked past me, still looking back at the way he’d come. It was a though he was trying to work out a problem that had no solution. But I knew the answer all too well.

[easy-tweet tweet=”An encounter with a lost hunter reveals the dangers of getting turned around in the backcountry ” user=”OutdoorCanada” hashtags=”outdooradventure,huntingsafety “]

I asked him where he was coming from, but he acted as if he hadn’t heard me. Repeating the question still didn’t get a reply. The fellow was really shaken up, so I left him alone and went about setting my coyote snare. He panted a while longer, then let out a long breath and seemed to settle. He looked down at me and asked in a surprised voice if I was setting snares. I said yes and pointed toward a leaning beech, suggesting he might like to sit down while I worked. He walked over to the tree as if he were wearing cast-iron boots and slumped heavily to the ground.

Once he seemed to have calmed down, I carefully put a few simple questions to him, subtly trying to work out where he might have come from. His answers were a bit confused, but it became clear he had left a group of hunting camps to the north of us at first light. Okay, I thought, now get him orientated.

Not wanting to ask if he was lost, I got the conversation around to his plans: Was he heading home tonight or staying in camp? “Oh, I got a shift at work tomorrow night, so I’m packing it in,” he said in a shaky voice.

As we continued talking, he mentioned a few names and I figured out which camp he was in and who might be wondering where he’d gotten to. Then as his breathing returned to normal, the truth came out. In a low, almost apologetic voice, he told me he’d somehow gotten turned around after jumping a nice buck as the last hours of deer season ticked down. He explained how the hills had gotten all mixed up and how the woods had changed, and finally, how he’d become gripped by the worst thing that can happen to a lost person—he’d panicked.

Now, if any of you reading this are saying you wouldn’t have lost your cool, you are a prime candidate for the same thing to happen. Unless you’ve seen the forest become a trackless maze filled with the dark shadows of doubt, confusion and fear, then you can’t imagine the situation that hunter found himself in during that last day of deer season. Sane, sensible people can become panicked if they let the idea of being lost overwhelm them. It happens, and it kills (see “Survival plan”).

The hunter asked if I was very far from my truck, and if I was going near the camps on the way back. I wasn’t on either count, telling him the camps were a little over an hour’s walk away. That seemed to put him back a bit, and he asked if I knew how to get there through the woods. “Yup,” I replied cheerfully. “Just follow the dead water below us, then keep going north until you hit the camp road.”

At that, he looked confused again and I knew he was too mixed up to navigate his way back. “Hey, why don’t we walk over together?” I suggested. That perked him right up, and after a big gulp from my water bottle and eating my last bannock sandwich, he was eager to go.

As we walked, he kept right on my heels, stumbling against me a few times. Then I happened to look at his lever action and was shocked to see the hammer on full cock. Holy smokes! I thought. Calmly, I asked if he wanted to unload since it was getting dark fast. Without a word, he jacked the magazine dry. Had the hunter carried it cocked all day like that or just as we walked out? Either way, I was suddenly feeling pretty shaky myself.

Once we got out to the camp road, the hunter told me he was terribly glad he ran into me, and asked if he could drop me off near my truck. “No thanks,” I said. “I’ll be fine.”

Grabbing my hand, the hunter practically shook my arm out of its socket, then quickly walked off to a warm camp and a far happier ending than what could have been. And me? I stood for a while in the dark November woods thinking things over. Maybe it was the autumn night air or seeing that cocked rifle, but a shiver suddenly ran through me as I lined up the stars and headed for home. 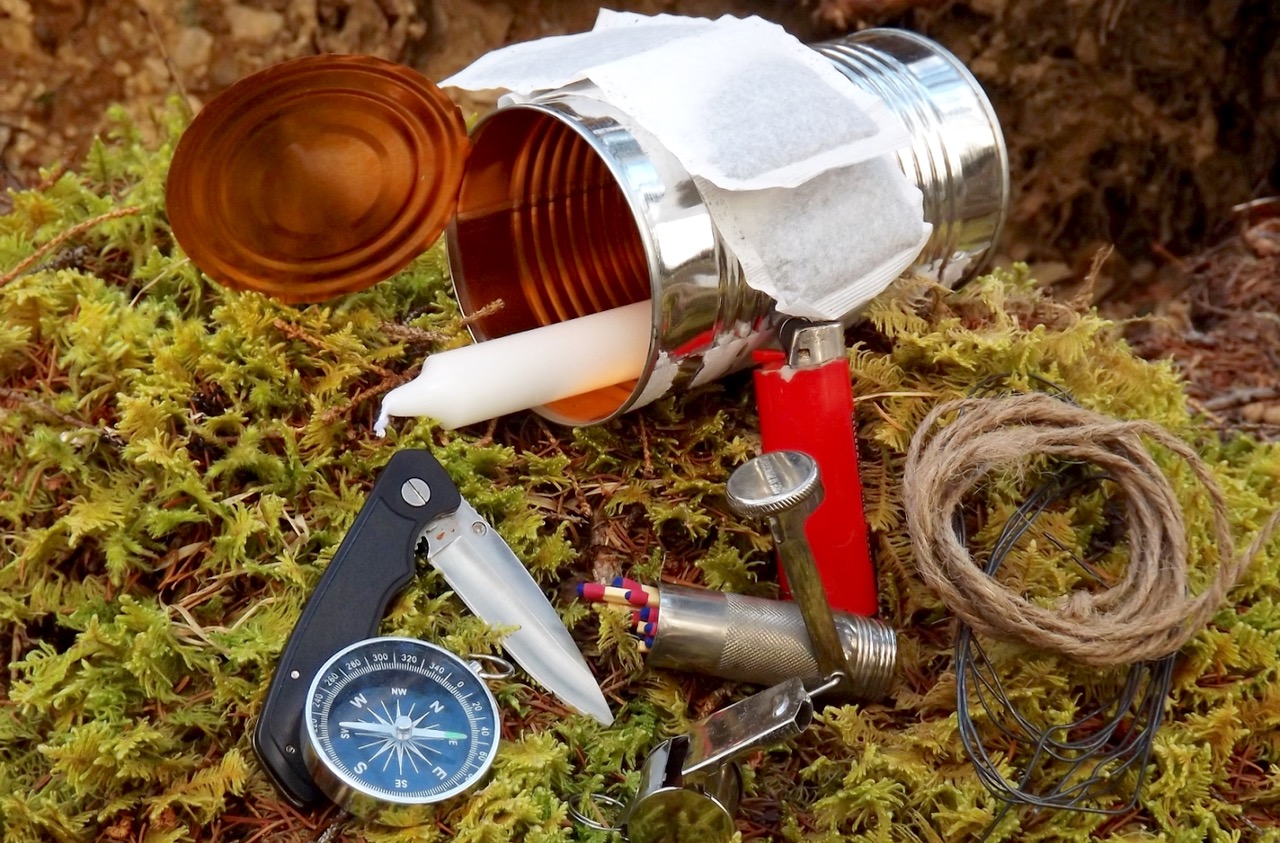 How to survive if it happens to you

Lost people run, and running leads to falls or, worse yet, disabling injuries. I’ve even heard of lost folks running out onto a road, then running back into the forest, convinced the road couldn’t really be there. The same goes for streams and the distant sound of cars—in their minds, it’s all imaginary. Here’s what you can do if you get lost, and make the best of a bad situation.

Cary Rideout has never been completely lost in the wilds of his home province of New Brunswick.