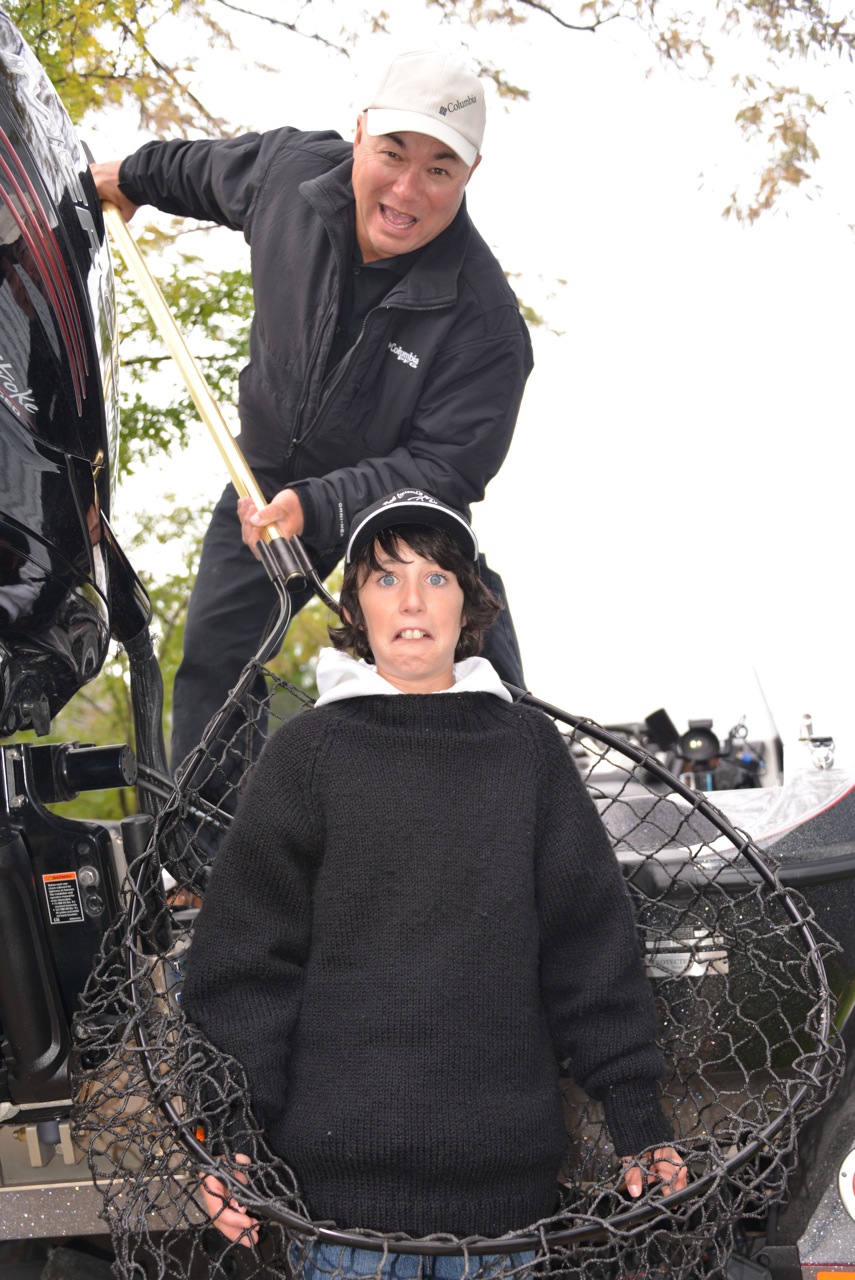 I first met buddy Bob Izumi, host of Canada’s ever popular Real Fishing Television show and the winningest angler in the history of Canadian bass fishing tournaments, more than 30 years ago.

It was 1980, Bob was in his early twenties, and I was in my early thirties. We were both presenting fishing seminars at the Toronto Sportsmen’s Show.

To kill the time between presentations we were sitting backstage comparing notes and talking about, what else, fishing. That’s when Bob had a brain wave.

“Why don’t you come up and help me with my seminar, ” he suggested, “and I’ll come up and help you with yours?”  And so, without any rehearsing or planning whatsoever, that is how it all began.

Some 33 years later, including 28 seasons of recording the Real Fishing Radio Show together and the longest running daily “advice and tips show” of its kind in Canada, a lot of water has passed under the bridge. But one thing has remained rock steady consistent and that is Bob Izumi. Remarkably, he is the same frivolous, fun-loving character that he was back in the “early days” when as he puts it, he didn’t have “two dimes to rub together”.

For all intents and purposes, Bob created the first modern-day fishing television show in Canada—it’s what everyone else has attempted to replicate and build on since. He chuckles now when he remembers the day he walked in to meet Bob Patterson, the head of Mercury Marine Canada to pitch him on sponsoring his new show. 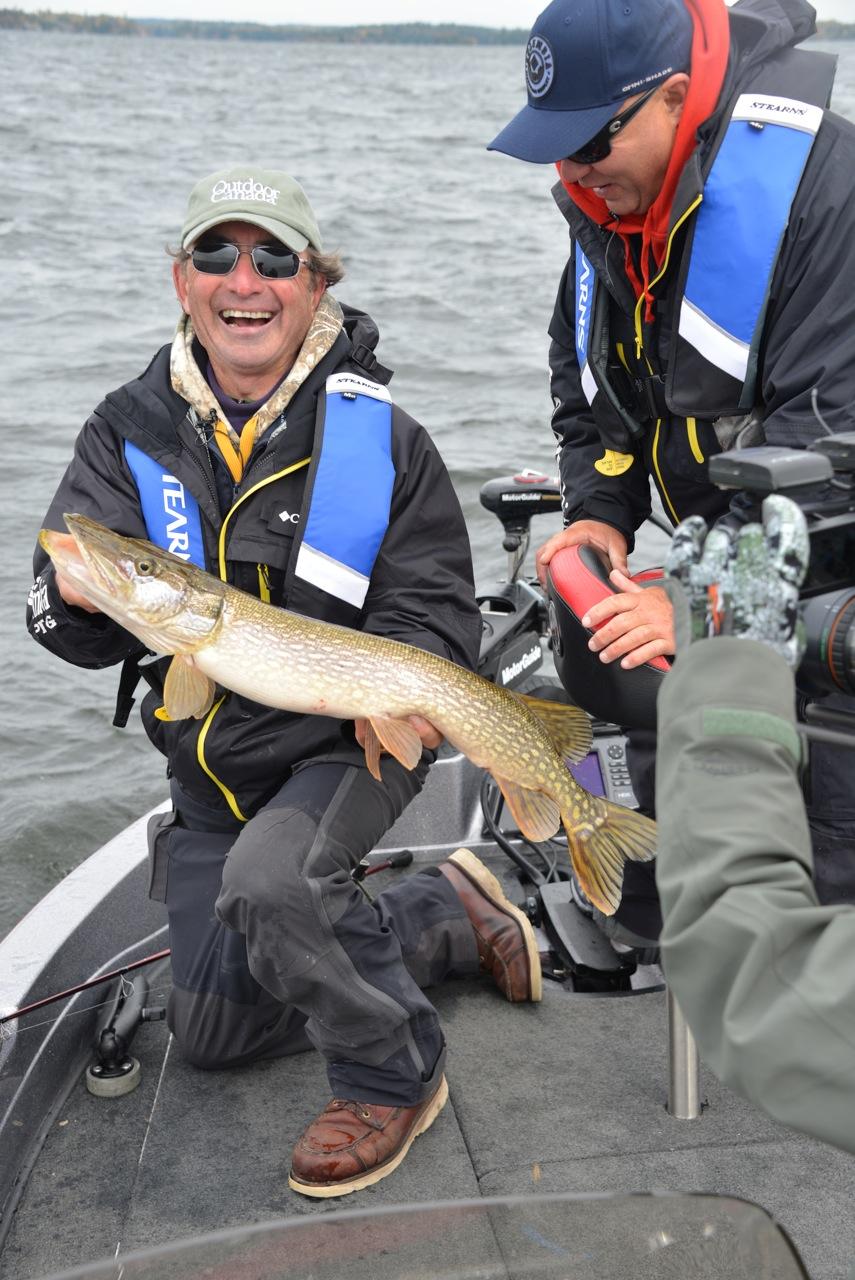 “I was young and full of vinegar,” Izumi says, “So when I met with Bob Patterson I laid out all the things I wanted from Mercury.  Bob just sat there politely, like a gentleman, listening to me go on and on, and nodding his head occasionally.  Then, when I finally finished, I’ll never forget it, Bob leaned over his desk and said, ‘Now, tell me Bob, what are you going to do for Mercury?’ Talk about getting an education in a hurry!”

Even so, Mercury Marine has been a major sponsor of the Real Fishing Show ever since.

Ever the practical jokester, when you’re with Bob you just never know what is going to happen next or what is going to come out his mouth, and it’s always followed by that trademark chuckle.

Indeed, I remember doing fishing seminars together in front of a huge crowd and to demonstrate the points, we’d pitch or flip or make a cast into a pool of water beside the boat. And wouldn’t you know it, between seminars and behind my back, Bob took one of my rods, stripped off 12 or 15 feet of line, cut it, carefully re-spooled it back on so I couldn’t tell, and then retied on my lure.

Of course, when it came time in the seminar to demonstrate the point I was making, I made my cast and the lure went flying out to the far flung reaches of the auditorium! I am still not sure who laughed longer or harder, Bob or the audience, who knew immediately what he had done.

Another time, we were presenting a walleye seminar together and I was talking about where to find the fish after they lay their eggs in the spring. It is a time when the fish typically pull back into adjacent shallow muddy coves and bays to recuperate. Having already presented the seminar two or three times earlier that day, we knew precisely what each one of us was going to say, so imagine my surprise when I wrapped up talking about where and when walleyes lay their eggs, and Bob says to me on stage, “So, tell me, Gord, what do you like to do after you finish spawning?”

This is what I was thinking about this past Friday when Bob was walleye fishing with me on Lake of the Woods, recording an upcoming episode of his television show.  In typical Izumi fashion (with son Darren behind the camera and wife Sandy directing the production) it was a laugh-fest from the minute we started fishing until we wrapped up the day some 10 hours and 40 or 50 walleyes later.

And that is what so many people don’t realize when they think being the host of a fishing show is easy.  Bob, Darren, and Sandy had been on the road for 23 hours, driving the boat and trailer all the way up from southern Ontario. They only had time for five hours of sleep before they were on the water in the middle of a massive, windy cold front, shooting a television show. We finished dinner at 11:00 p.m. that night and then Bob and the crew were back at it again the next morning, doing the same thing for two more days before leaving for another grueling 23-hour all-night drive back to Toronto. And the whole time he is doing it, the man is absolutely amazing. People see him in Tim Horton’s, when he is gassing up the truck, launching his boat, or even eating dinner, and they ask if they can get their picture taken with him or if he’ll sign an autograph for them. He treats requests like those as if they are the most important thing on his agenda.

Which is why, when folks ask me: “What is Bob Izumi really like?” I always tell them: “The guy you see on television is the same guy in real life.”

And none of us would want it any other way.