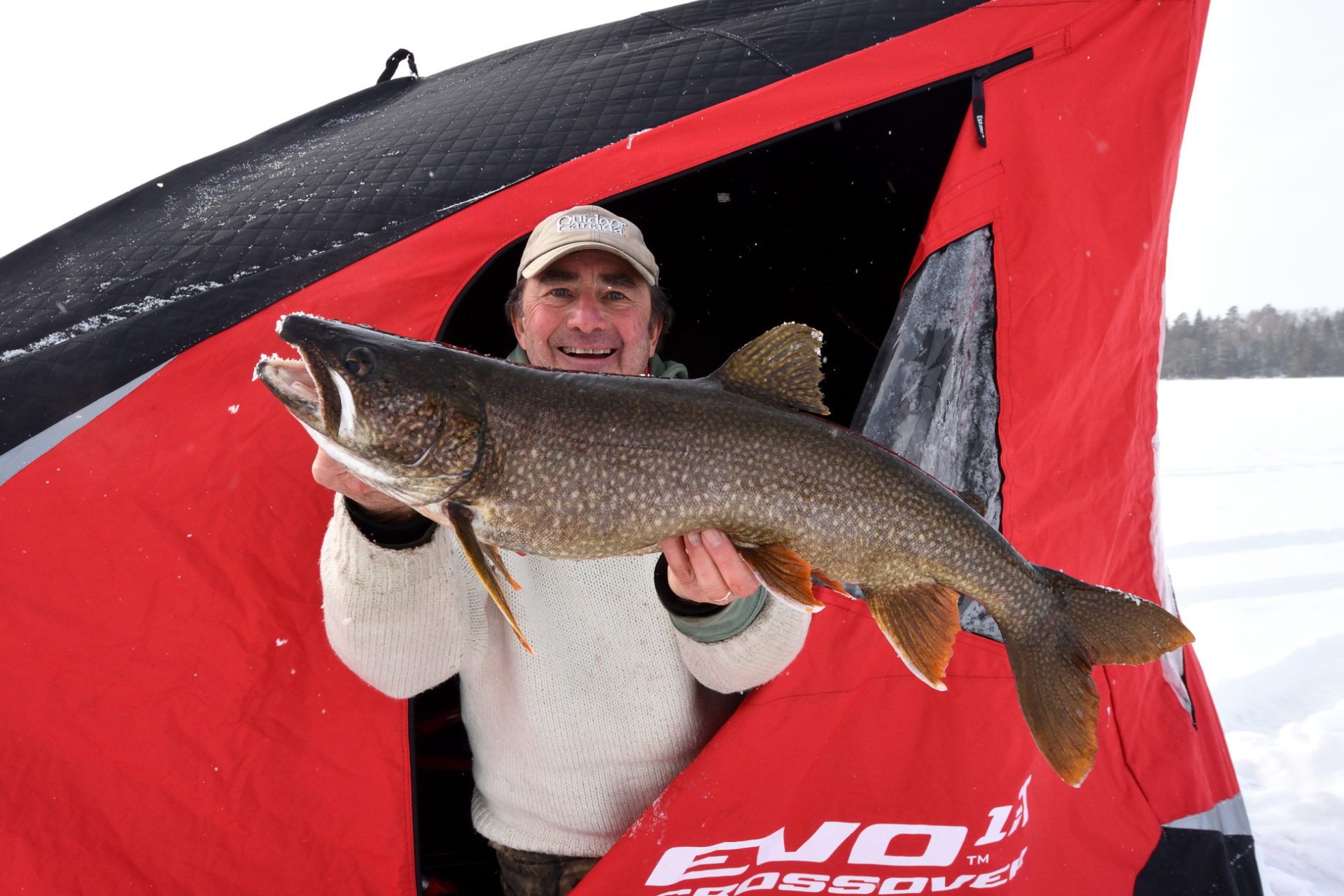 What on earth: The essential ingredient to ice-fishing success

This perspective is key to catching more and bigger walleye, trout, northern pike, crappies and perch

I had the distinct pleasure just before Christmas of presenting ice-fishing seminars at the 3rd annual Canadian Ice Fishing Expo in Barrie, Ontario. Several folks subsequently contacted me saying that they lived too far away to attend, and wondered if I might share some of the points that I talked about at the show. I thought it was a great idea, so in the days and weeks ahead, I am going to touch on several of the key themes that I discussed, starting with this week’s tip: “What on Earth!”

If you know me, you know that I think it is a big mistake when I hear anglers say, “A lake trout is a lake trout, no matter where you ice fish.” And you can substitute your favourite fish, be it a walleye, whitefish, northern pike, black crappie or yellow perch for lake trout in that statement.

Now, for sure, every fish has specific and unique biological habits, habitats and traits that it must live within in order to survive. But beyond recognizing that, to suggest that a lake trout in Clearwater Lake, Manitoba, behaves the same way as a lake trout in Ontario’s Lake of the Woods or Lake Simcoe is simplifying the concept too much.

Manitoba trout stick and buddy Rick Shpiruk, for example, fishes the area in northern Manitoba around Lake Athapapkasow and Clearwater Lake, and he’ll tell you that the way to solve the lake trout puzzle is by chumming for the fish with cut up sucker. Rick says the chum fills the water column with scent, provides visual targets and pulls in big fish. And if he’s going to be ice fishing for several days, he’ll heavily chum the bottom around several spots well in advance of popping up his portable shelter. Don’t ask me why, but the trout around where Rick fishes are distinct bottom dwellers. 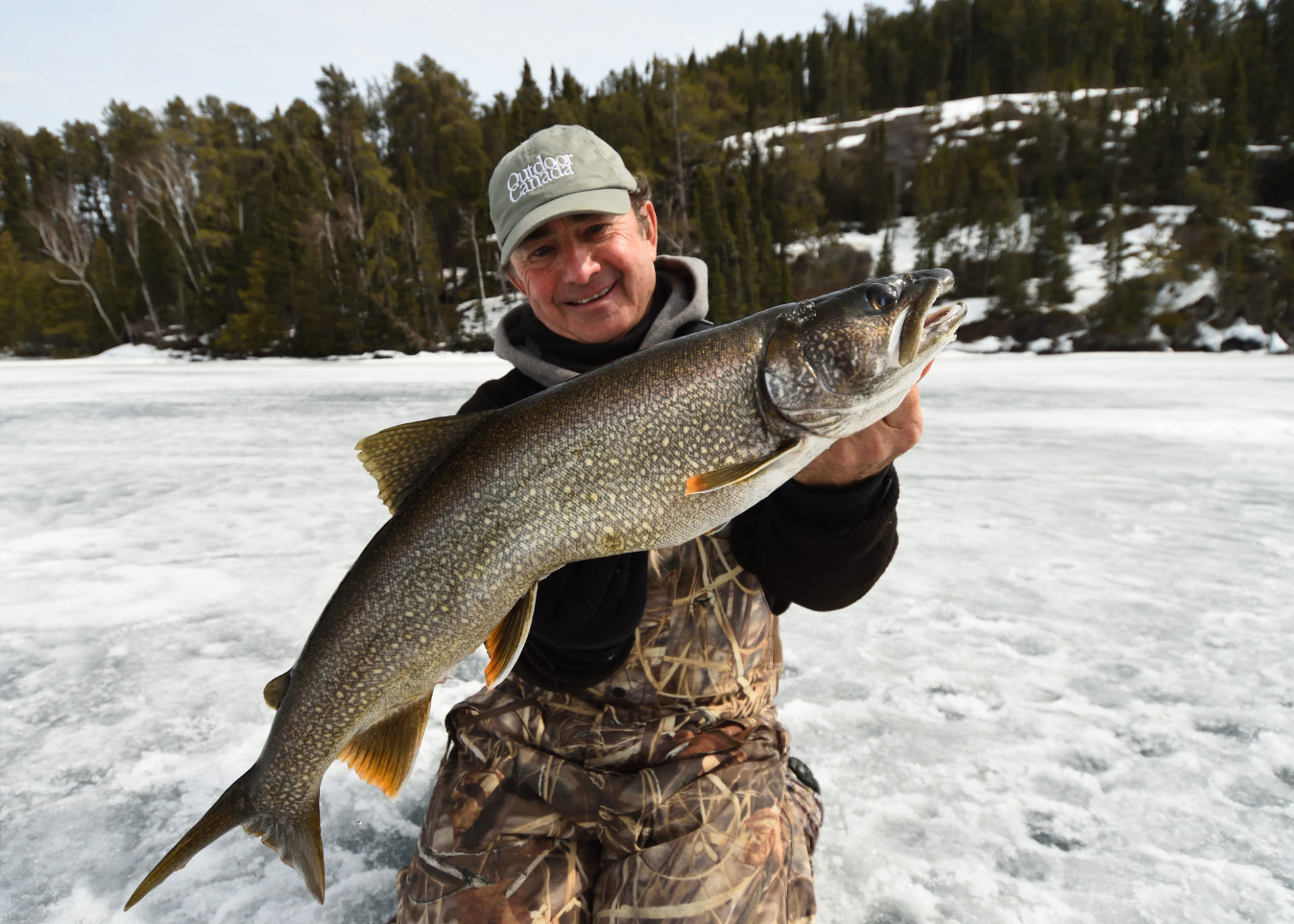 In the name of research, I’ve tried chumming on our local waters in Northwestern Ontario with only limited success. Maybe I don’t do it as well as Rick because he is a master. But I’ve also noticed that in most of our ciscoe-based systems, the trout are movers, shakers and high fliers. As a matter of fact, after fishing for many years with In-Fisherman TV host Doug Stange, we’ve come to agree that we can usually catch far more and bigger trout by moving every 20 minutes or so, if we don’t either see fish on our sonar units or catch a trout. And we rarely drop our baits close to the bottom.

I’ll never forget, either, one of the first times I ice fished for lake trout with my good friend Al Lindner. Several of us had snow-machined into the remote backcountry and being the good host, I was drilling holes in the ice to get us set up. But as I drilled each hole through three or more feet of ice, I noticed out of the side of my eye, that Al was hole-hopping behind me.

Anyway, after 15 to 20 minutes of auguring numerous 10-inch holes through the ice, and with sweat dripping off my nose, I was beat. That is when I noticed Al putting on his helmet and starting up his snow machine. He hopped onto it, zoomed right up beside me, lifted up his face shield and shouted, “Gord, I’ve tried ’em all. There ain’t any trout here.  Let’s go.”

We put 32 lake trout on the ice that day, running and gunning the suspended-ciscoe-chasing lake trout pattern that evolved, and not one of the fish was near the bottom.

It is even more distinct on Lake Simcoe these days where, according to ice fishing friends Wil Wegman, John Whyte, James Meger, Justin Girard and Lou Maglietta, the key to catching trout is locating round gobies, often in water so shallow that it’s foreign territory to most winter lake trout anglers.

And that is the point of “What on Earth.”

If you are a lake trout swimming in Athapap, Lake of the Woods, Simcoe or anywhere else for that matter, your universe is confined by the shoreline of the lake. So, you better understand how the fish have uniquely adapted to that world, if you want to successfully catch them. And it is the same no matter what fish you are angling. You need to be aware of the universe—the lake—within which it is swimming and you are fishing.

Good luck on the ice this season.