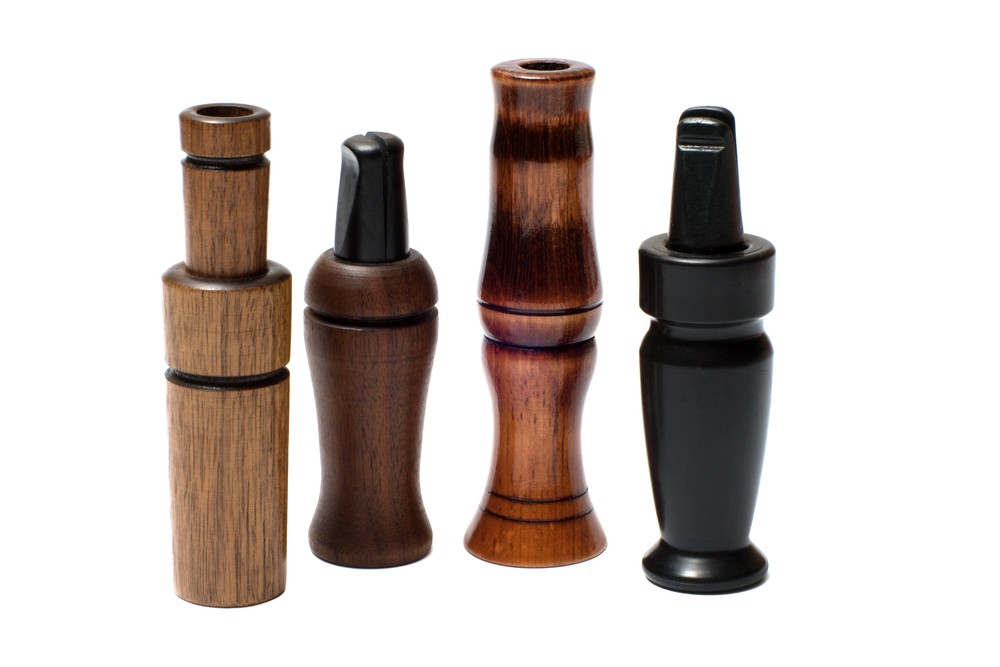 What to consider when choosing a duck call

Back in my guiding days, I once had a client, Jack, up from Louisiana. Now, Louisiana duck hunting is a world apart from what we enjoy here in Canada—by the time they get to Cajun country, ducks have been hunted all along their migration route south. Plus, they’re concentrated on relatively small wintering grounds, with legions of hunters looking to collect a few for the gumbo pot.

The result of all this is a highly competitive duck hunting culture, where proficient calling can spell the difference between a limit and an empty bag. And Jack, being a good ol’ southern duck hunter, could make his calls sing. While to this day I’m a poor caller at best, thanks to Jack I’m nonetheless a firm believer in the impact calling can have when it comes to creating more shooting opportunities—as long as you match the right call to your abilities and the situation at hand.

The single-reed call is the top choice of professionals and contest callers, largely because it can sound like more than one duck. It also tends to have more volume and range than a double-reed call, making it well suited for big-water hunting when you need to draw in ducks from a considerable distance. The downside of a single-reed call is that it’s more difficult to master—considerable practice and tongue control are required to get the most out of it.

Although you need to blow more air through a double-reed call, it’s actually much easier to get the hang of. And because this call typically has a softer, more muted sound than a single-reed call, it’s a good choice for those who mostly hunt on pot- holes or where loud calls aren’t needed. The reeds can sometimes stick together in very cold weather, but the call’s benefits outweigh this potential problem.

calls are generally made of either wood, acrylic or polycarbonate (moulded plastic). Each has its pros and cons, and generally speaking, the denser the material, the louder and sharper the tone will be. Wood is the traditional material for duck calls, tracing its roots back to the mid-1800s, and it continues to have a valued place in duck hunting. Wood typically produces a more mellow sound than the other materials, making it ideal for close call- ing scenarios. Different woods produce different sounds, however, so try a variety of calls before you settle on one.

The one liability of wooden calls is that they tend to absorb moisture and swell, which can alter the tone. To avoid this, they should be taken apart and air-dried after each use (see “Drying tip” below).

Polycarbonate calls are generally the least expensive option, but that doesn’t mean they’re not as effective. They tend to be easy to blow and produce a reasonably realistic sound. As well, they generally have a louder, sharper tone than wooden calls, but less so than acrylic models. They’re also reliable and near indestruc- tible, making them a great choice for the average hunter.

Acrylic calls are typically the most expensive, although custom wooden calls can also strain the wallet. As acrylic is the densest of the three materials, it tends to produce the loudest, crispest sound. Plus, these calls don’t swell, and they can be relied on to produce a con- sistent sound every time out. They’re the best choice for big-water applications or where you must attract ducks from con- siderable distances. Acrylic is also the material of choice for contest callers.

Before settling on a call, it should pass your personal sound test. Calling ducks is much like rattling deer—if you don’t think it sounds realistic, neither will your quarry. But once you choose a call that produces a sound you like, it’s only a matter of practising. Just try not to scare the neighbours in the process.

Anyone who’s taken a call apart for drying knows it doesn’t go back to- gether again quite as easily—at least not if you want the reeds, tone board and wedge in the same place as where they were. To avoid this problem, mark the placement of the reed and wedge with a magic marker before disassembling the call. That way, you can properly align everything when you put the call back together.