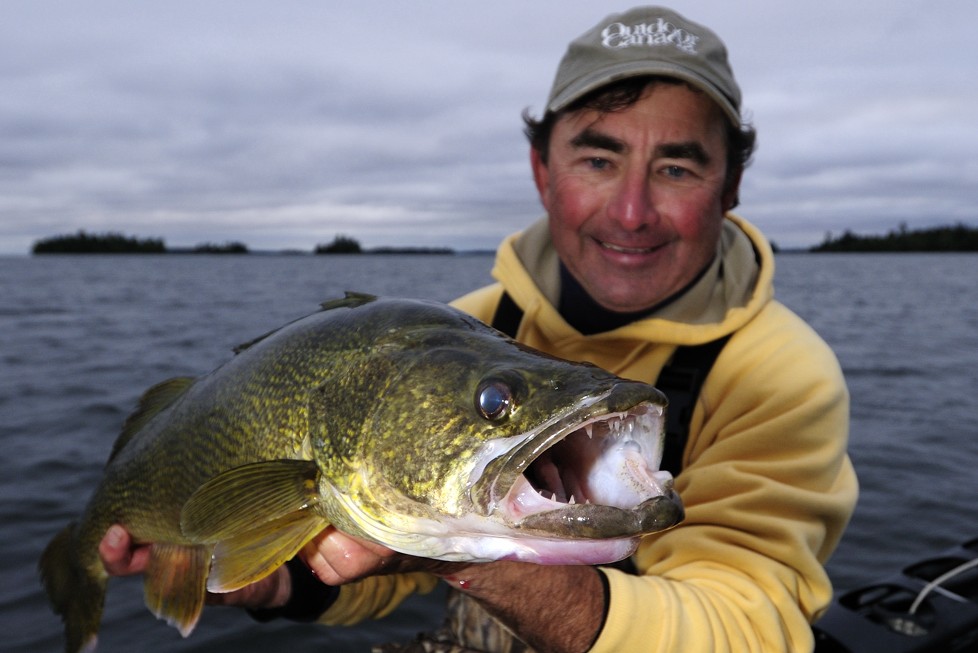 What you need to know about fall turnover when fishing

First the bad news: I trailered the Kingfisher out to the dealership yesterday to have it shrink-wrapped and stored for the winter. Turns out it was perfect timing too, as I woke up this morning to grey skies, blustery winds, and snow.

The good news, on the other hand, is that the cold weather sweeping across the Prairies and Northwestern Ontario means the small speckled trout, rainbow trout, and crappie lakes should start freezing over any day now, in which case we’ll be walking on water—albeit gingerly—and ice fishing in a couple of weeks time.

Before I put the boat to bed, however, I made one last trip down lake with a specific purpose in mind. Okay, two, if you count dining on “Walleye Florentine” that evening.

As I’ve preached in the past, the best way to get a head start on the walleye, sauger, and jumbo perch ice fishing season is to pinpoint the location of the fish in the fall. So when I went down to the lake, I wanted to confirm that they had migrated to their traditional early winter haunts. And they had. I marked good numbers of fish and caught several “keeper size ‘eyes” for a scrumptious dinner that night. All of this was courtesy of “fall turnover.”

Fall turnover has a profound effect on all fish behaviour, yet the concept confuses many anglers, so let’s shed some light on the subject and clear the air.

Technically complete fall turnover doesn’t occur until the entire lake has reached a water temperature of 40 F (40 C), which is where many of the lakes sit right now, depending on where you live. 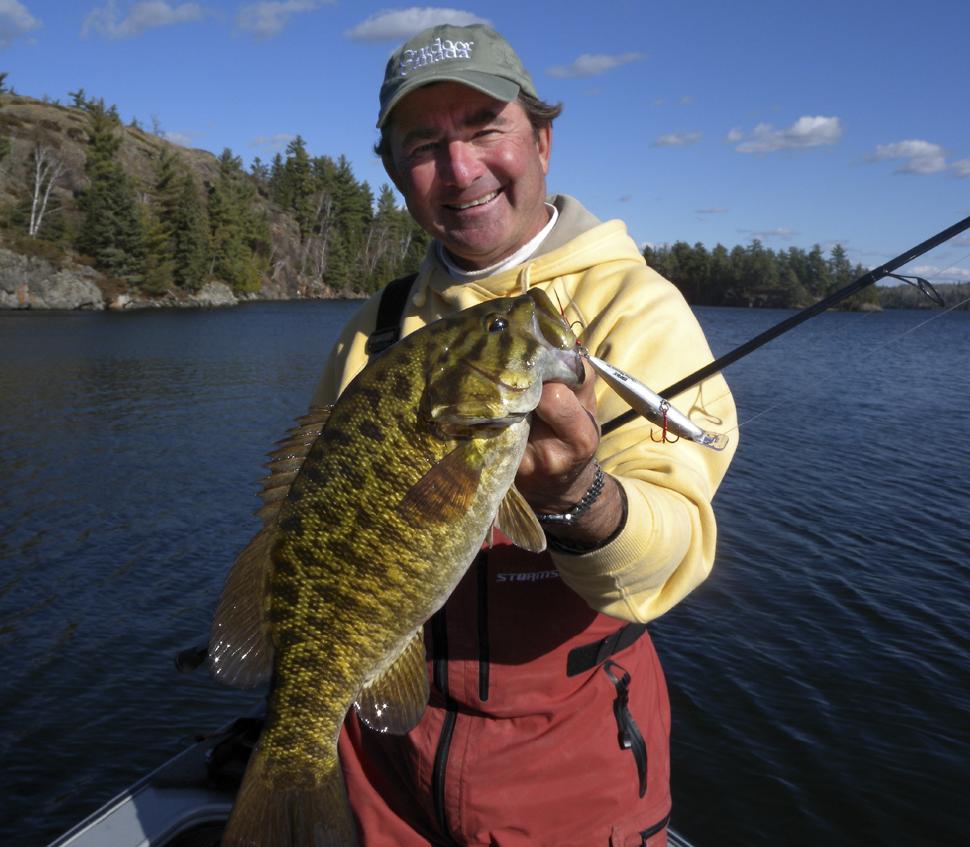 Amazingly when the water is this specific temperature it is the “heaviest” or most dense. To put it another way, when water is colder or warmer than 400 F (40 C) it is lighter and therefore, floats above the “heavier” water.

At 40 F (40 C) from top to bottom, however, resistance to thermal mixing is eliminated. As a result, through wind and wave action, well-oxygenated surface water can now be combined with water from the lower depths, which has often lost much of its oxygen as a result of the decomposition process over the summer months. This is how oxygen is restored to the deeper sections of a lake. The same thing happens again in the spring for a brief period, prior to the lake stratifying and locking up into three distinct zones in the summer.

The fact that fish appear to stop feeding after fall turnover is sometimes more an illusion than a reality. What usually happens is that they move to new locations. Since the temperature is consistent throughout the water column, from top to bottom, there are no sections of the lake, at least from a temperature perspective, that are more or less hospitable to the fish. In fact after fall turnover new doors are opened for some species to forage. It is why you will often find smallmouth bass and walleye relating to deeper structures than you would prior to turnover.

Fall turnover, however, affects other fish species in very different ways. Muskies, for example, are notorious wanderers during October and November when waters are cooling down. But as turnover nears completion the fish move to their winter home ranges. Muskies are faithful to these wintering spots, returning to them year after year; and the trigger for the movement is 400 F water temperature.

And finally, cold-water-loving fish species such as lake trout, speckled trout, rainbow trout, brown trout, and salmon are generally restricted to the deeper, colder depths throughout the open-water fishing season. During turnover, however, the productive shallow water sections of a lake become hospitable to the fish.

Other cool and cold-water species, most notably ciscoes (herring) and whitefish, and most of those salmon and trout species I just mentioned (rainbows being the exception), are fall spawners. Chilly water temperatures actually draw them into shallow areas where they lay their eggs.

However, as winter approaches and surface layers continue to chill, they reach temperatures that are colder than 400 F.  This colder water is “lighter” than the 40 F water below it.  So the colder water “floats” on the surface.  Depending on the latitude, surface waters will continue to chill until they eventually freeze and ice begins to form on the surface. When this happens the coldest (and lightest) water is at the surface of the lake. And the warmest (400 F) and heaviest water is at the bottom. It explains why, in the late fall and winter, fish will often seek out this relatively “warm” stable layer of water at the bottom of the lake. Which is precisely where I found the walleye, sauger, and perch the other day. And where I will hopefully rejoin them again in a few weeks time.