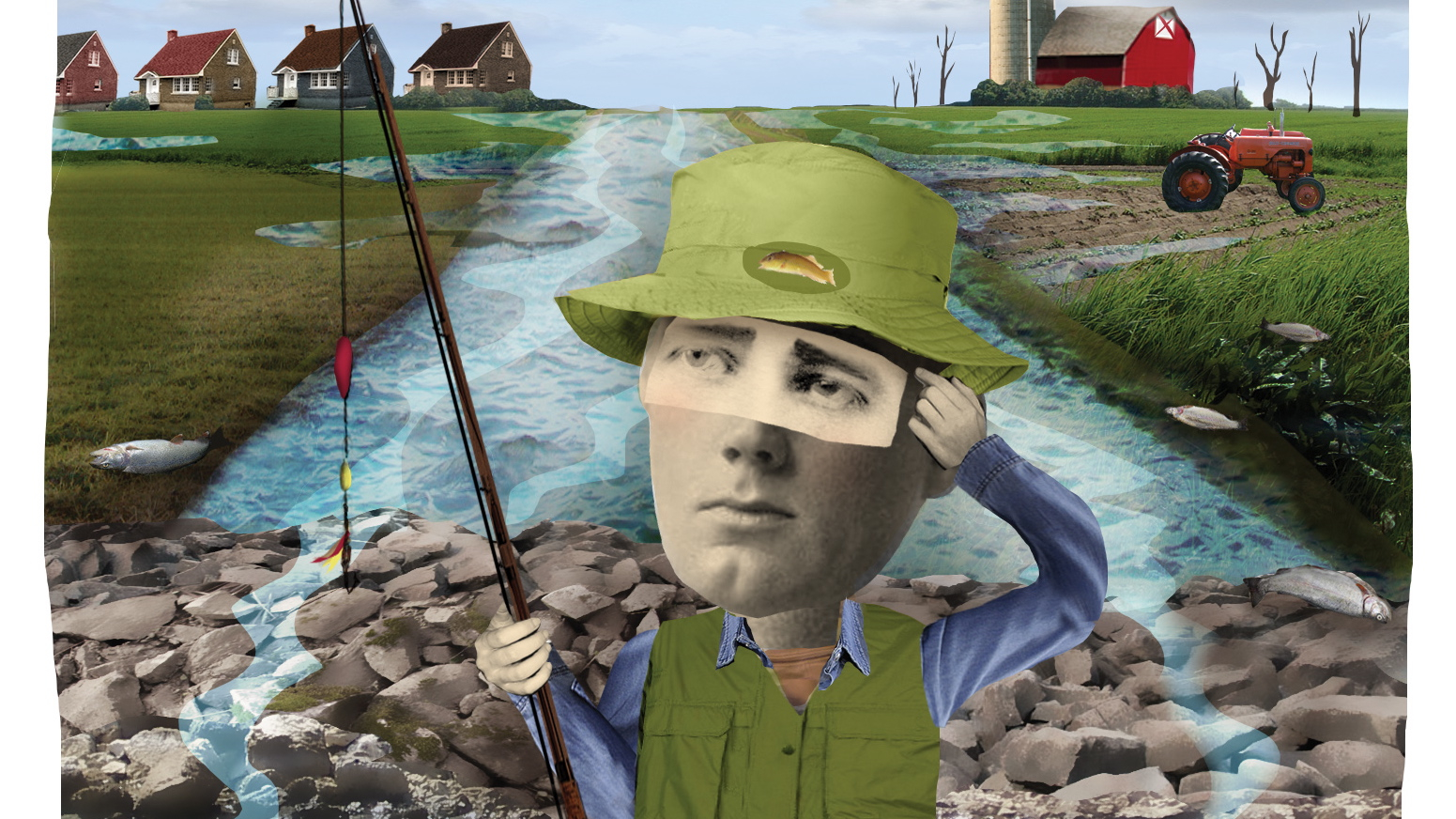 Canada’s rivers and lakes are telling us their watersheds are sick, but we aren’t listening.

Canada’s rivers and lakes are telling us their watersheds are sick, but we aren’t listening. After a century of expensive and increasingly elaborate water management projects, we should be seeing less flood damage, more secure water supplies and improved water quality. Instead, we’re getting just the opposite—and it’s all because we’re trying to solve the wrong problems.

Consider Alberta’s June 2013 floods, which overwhelmed the bank armouring and berms that government engineers built to prevent flooding in the first place. The cleanup cost more than $6 billion, much of it going towards replacing and extending the failed berms and bank armouring. But such flood-control measures didn’t work before and they won’t keep the river off its floodplain in the future—especially since more intense and extended rainstorms are becoming the new normal, according to Environment Canada.

What’s more, armouring riverbanks with rip-rap, straightening channels and excavating riverbeds—all popular with water managers—devastate fish habitat. And no amount of flood recovery money will remove the carp and other exotic fish washed into the Bow River from garden ponds during the 2013 flood.

This past spring, southeastern Manitoba was also hit with massive rains and flooding. Again, weirs and diversion channels failed to stop the damage. John Pomeroy, a University of Saskatchewan hydrologist, pointed out what should be obvious: the flooding wouldn’t have been so bad if governments and farmers hadn’t spent a century draining the wetlands that once filtered rainwater into groundwater aquifers, while gradually releasing the rest into the river.

Then there’s toxic algae blooms; once rare, they now occur regularly in most settled parts of the country. This past July, toxic warnings were issued for more than two dozen Alberta lakes, something the Edmonton Journal described as a new “rite of summer.” But it’s a rite that’s come at the cost of carefree fun at the beach and fishing in clean lakes.

A month after Alberta’s algae blooms, meanwhile, residents of Toledo, Ohio, were told not to drink their city’s water, which comes from one of the largest freshwater lakes on the planet, Lake Erie. Why the advisory? The water was full of toxins released by an algae bloom. And algae blooms don’t just make water unsafe for human consumption—they also kill fish by using up all the oxygen in the lake.

All of these disasters are perpetuated by the fallacy that they’re water problems, that when a river floods or runs dry, or a lake gets sick, it’s time for water management engineers to do more of the tinkering they tried before without success. Their mistake lies in trying to fix the waterbodies where the symptoms appear, rather than the land where the problems actually reside. Water does not come from rivers and lakes. It flows to them from the surrounding landscape.

Take Alberta’s floods, for example. They were worsened by a chaotic network of off-road vehicle trails and logging clearcuts, which allowed the snowmelt and rainfall to quickly drain out of the foothills watershed rather than soak into the ground. The soils and wetlands in the headwaters are by far the biggest water reservoir in our prairie river systems, but a century of land abuse has filled them with leaks that nobody seems interested in fixing.

Manitoba’s floods also stemmed from poor land use policy, this time in the guise of excessive wetland drainage. Restoring the province’s wetlands would help prevent flooding, as well as benefit wildlife, but the government would rather build higher dikes and breach them when the next flood gets too high. The toxic algal soup that fouls lakes each summer are yet another land-use issue, owing to too many nutrients draining from over-fertilized lawns, farm fields, leaky septic fields and other sources.

Continuing to over-engineer our rivers and lakes won’t make floods, droughts or pollution go away, but it will ruin more fish habitat. Raging rivers and sick lakes are not water problems. It’s the watersheds that need healing. Continue to ignore this and the disasters will keep happening.

Field editor Kevin Van Tighem is author of Bears Without Fear and 11 other books on wildlife and conservation.