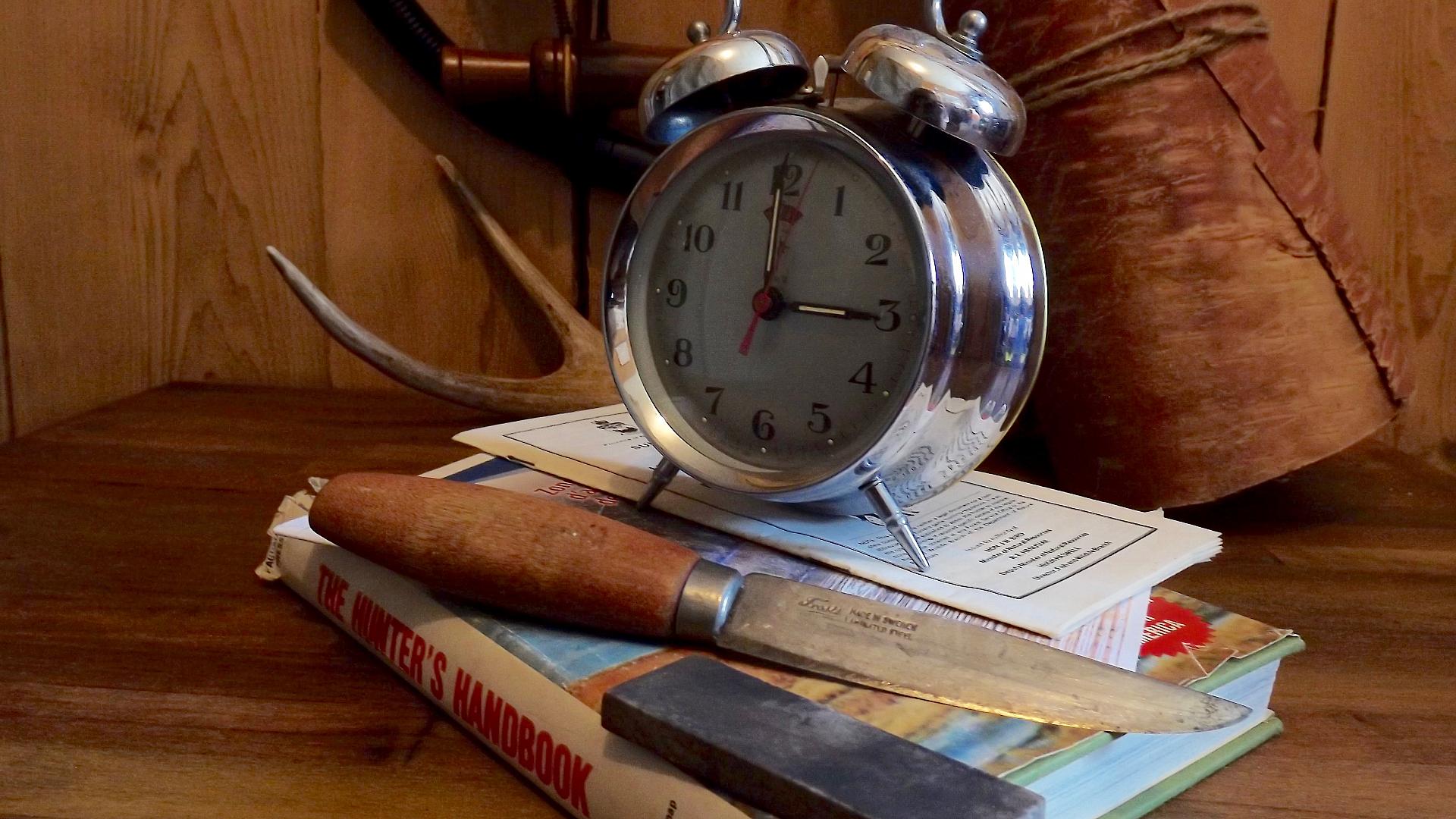 Why hunters find the night before Opening Day special, but also agonizing

The standoff had gone on for hours, and neither my opponent nor I were giving an inch. We stared at one another hard-eyed and unflinching, with grim determination. But no matter how hard I tried, the unyielding hands of the alarm clock refused to move any faster. Like so many times before on the edge of hunting season, time had decided to stand still, and another long night lay before me.

Anyone who chases fur or feathers knows that no other night drags on so long, or holds so much promise, than the night before the season opener. Whether you’ll be hunting the lordly moose or humble hare, taking a casual walk through the alders or embarking on a month-long safari, the building excitement is the same. The huntless days are almost over, and it will soon be nothing but gravy.

But oh, how long that night can be.

Remember when you were a kid waiting for Christmas, your birthday and the last day of school? Put them all together and that’s how it feels waiting for the start of a new hunting season. And when it finally does arrive, it’s as if the whole world comes alive with colour, sound and the joy only the outdoors can bring. Simple camp fare tastes better than anything a gourmet chef could offer, your strides are tireless and the autumn sun shines every day (unless you’re waterfowling, of course, in which case the dingier the day, the better).

But before all the pleasures of a new season begin, you must first endure that most dreaded night of the year, even if sleep eventually comes. I remember times when, fearful we would not wake up in time and miss the opening morning, my boyhood hunting companions and I arranged for a series of phone rings to ensure we all woke up. After receiving three rings, you would dial back with a reply of two rings to signal that you were awake. No reply would bring a continuous ringing barrage until you sleepily picked up the phone. Thankfully, our parents were indulgent hunters and fully understood our scheme—and the terrible consequences of missing opening morning.

At one time, I could will myself to wake up, and though it might have been a few minutes on either side of the appointed time, it was pretty close. That was in the halcyon days of my youth, when deadlines, mortgages and loved ones didn’t hold sway over time. Back then, I could stay up half the night and still be on target all day long. Sleep now is precious, and I make every effort to let myself slumber as late as possible in the knowledge that experience will outweigh the enthusiasm of my youth. It does, but only sometimes.

Just because you get to the boat landing or the deerstand before legal light, it doesn’t always mean you have it made. Not by a long shot. A duck-hunting companion of mine once admitted to waking up extra early and making it in record time to the lakeshore. Confident of guaranteed success, he decided to close his eyes for just a second. He woke up at noon.

Not surprisingly, traditions and superstitions—and maybe even a touch of magic—come into play on opening morning. No one would ever admit to it, but a good many hunters follow a series of closely adhered to actions to guarantee a successful hunt. Ask the waterfowler who buys new shells but doesn’t open the box until that first morning, or the equally cautious hunter who brings along a shell from the last hunt of the previous season. One of my hunting mentors even carried his father’s old wartime compass on his outings, believing it would guide him to success.

Keepsakes, good luck charms, talismans—call them what you will, but with time running short and no room for mistakes, a little casual superstition certainly can’t hurt to help hedge your bets. And inside all of us is a wishful hunter sitting by the campfire, imploring the ancient ones to guide him or her on the hunt.

Lying in the darkness, I rolled over and put my back to the cruel clock, listening to the wind outside. It was pushing from the north, making the swamp I would hunt that morning perfect for jumping an old mossy horn hunkering down out of the November chill. Restless, I rolled back and once again glared at the clock. Like many a hunter before me and many a hunter to follow, I watched the leaden hands and waited.

New Brunswick’s Cary Rideout is hoping that this year he’ll get some sleep on Opening Day Eve.