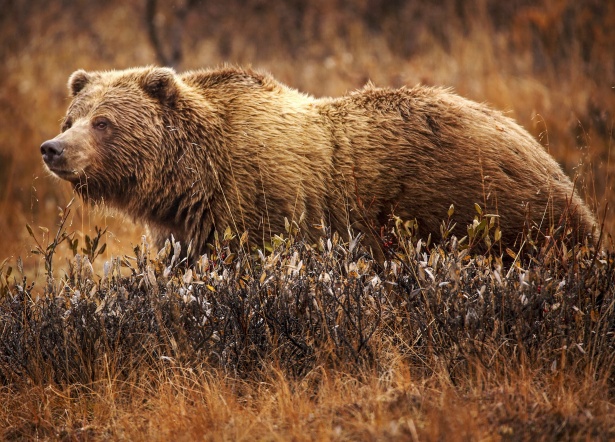 Making the case for bringing back Alberta’s grizzly hunt

Released in late March, Alberta’s long-awaited grizzly population study shows what most outdoorsmen and women in the province have been saying for several years: bear numbers are up. This is good news for grizzlies, and it now has hunters justifiably asking for a limited-entry season, which I fully support.

Alberta’s last comprehensive grizzly population study was in 2005, and it estimated there were a total of 700 to 800 bears at the time. A year later, the province closed the grizzly hunt and the iconic bears were listed as a threatened species.

Results from the most recent study now estimate the provincial grizzly population to be between 856 and 973 animals. The study also reveals that populations have nearly doubled in some mountain areas, and in one case, more than doubled. In Bear Management Area 4, lying between Highway 1 and Highway 11 in the Rocky Mountains, the grizzly population has skyrocketed from 42 to 88 since 2005.

Out of approximately 70 grizzly hunting licences issued annually during the final years of the season in the early 2000s, an average of about 14 bears were harvested each year. In 2005, the last year of the hunt, 10 bears were taken from the 73 tags allocated. Another 13 grizzlies died that year by other human-related causes, from poaching to the dispatch of problem bears by conservation officers. In the nine years following the closure, human-caused mortality averaged approximately 17 bears a year, six fewer than the total in 2005. Biologists cite this reduction as one of key reasons for the increase in grizzly numbers.

While human-caused mortality has been reduced, human conflict with bears has dramatically increased. In Bear Management Area 4, for example, not only did bear populations double, so did the incidents of human conflict between 2016 and 2018. Some of this can undoubtedly be attributed to increased recreational activity in the area, but not all. In 2018, 24 per cent of the incidents involved predation of livestock, lending credence to the idea that the growing grizzly population is forcing bears to establish new territory in more developed areas.

We absolutely should have the grizzly season reinstated in Alberta, and we should target those problem bears first. This could easily be done if landowners and Fish and Wildlife officials work together to give licence holders access to the bears. Unfortunately, the grizzly hunt is a political nightmare and the outrage from the public would be considerable.

As we saw in B.C., bear management can quickly become more about emotion than science. And since the antis view the suspension of Alberta’s grizzly season as a major victory, it’s ground they won’t give up easily. Undoubtedly, this would be a battle fought in the media, and facts would be the casualties. With the current government faltering in the polls over its handling of the COVID-19 pandemic, I’m not certain this is a fight it wants to get into right now.

As grizzly populations continue to increase and more bears get displaced into fringe habitat, human conflict is likewise going to continue to rise. On a 1,500-acre ranch I hunt just 30 minutes west of Calgary, for example, I’ve seen as many as five different grizzlies in a single year. Most are younger bears, and the rancher says they have been killing calves and getting into the grain storage.

There are similar problems everywhere along the foothills, and ranchers are understandably getting fed up and demanding action. Fish and Wildlife has been responding by trapping and relocating bears, but this is often a temporary solution—the bears tend to return, or their place is taken by another grizzly. Further, research suggests the survival of relocated bears may not be great, with one study indicating that 38 per cent of relocated grizzlies die within two years.

To most people who look at grizzly management with an objective eye, it’s obvious a limited hunt would be an economical and effective means of managing problem bears. Unfortunately, however, very little about grizzly management is looked at objectively. Hopefully, Alberta will find a common-sense approach that incorporates—and satisfies—both political and practical needs.