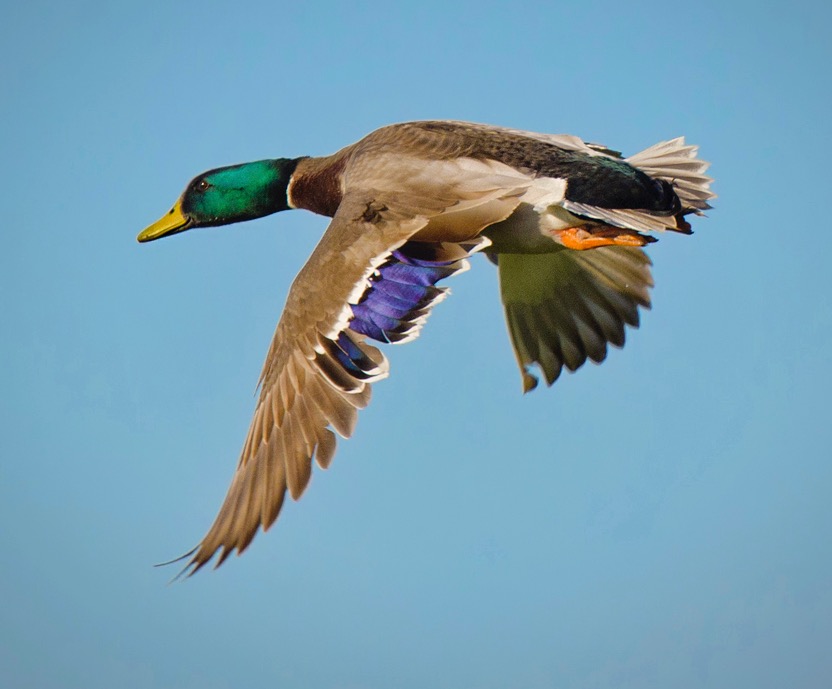 Bring all your decoys, but leave the calls at home

Once crops have been harvested and ponds begin to freeze, late-season mallards become increasingly concentrated. Be prepared to cover some extra kilometres to locate them, but rest assured they’ll be committed to the fields and waterbodies where you finally find them.

With fewer daylight hours, the birds will often feed throughout the day, but only scouting can confirm when they’ll actually arrive. If you bump them, don’t worry too much, as they’ll generally return.

Use natural cover where possible, but failing that, layout blinds are best. Set up downwind and to one side of your decoys so that incoming birds cross in front of you; avoid the head-on approach favoured earlier in the season. Put out all your decoys—there’s no such thing as too many at this time of year. And leave your calls at home, because late-season birds already know where they want to be.