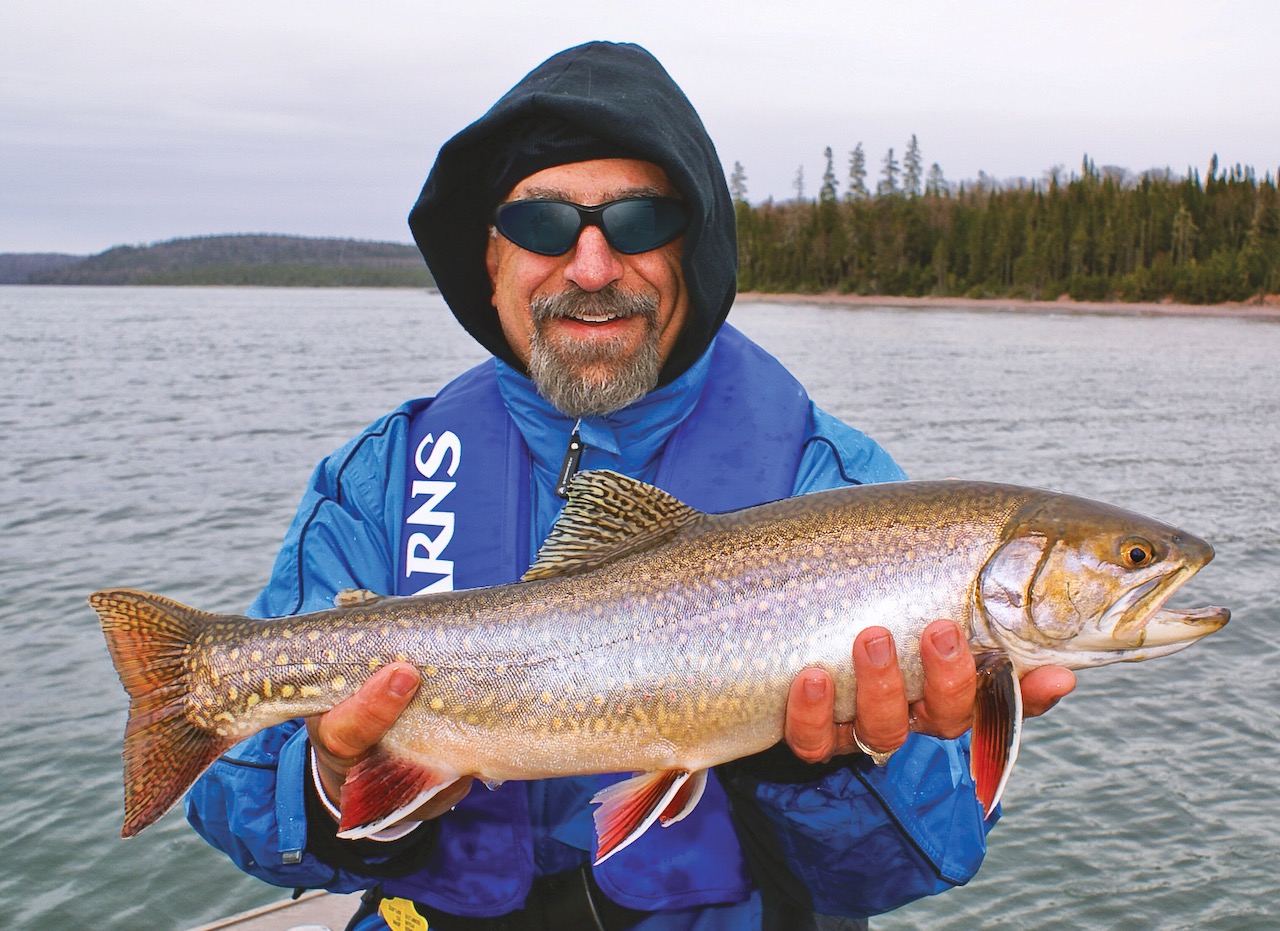 Massive Lake Superior is one of the most intimidating and misunderstood bodies of water in the country. It is often referred to by its Ojibway name gichigami, which means “great sea”—those of a certain vintage will no doubt remember that from Gordon Lightfoot’s classic “The Wreck of the Edmund Fitzgerald.”

Stretching 560 kilometres at its longest and 260 kilometres at its widest, the 82,000-square-kilometre lake has an average depth of 147 metres, plummeting to 406 metres at its deepest. Of course, a lake of such magnitude warrants the ultimate in safety and precaution by anyone taking it on with a boat. Venture out on the right day, however, and the fishing can be phenomenal.

The north end of the lake where the Nipigon River empties into it offers awesome opportunities to tackle giant brook trout, or “coasters.” Fan casting along the shorelines—much as bass anglers do—produces great results. The north end aside, coasters can be found pretty much anywhere along Superior’s shorelines, making for a unique fishery.

Want a shot at big-water lakers and rainbows? Troll main-lake structures for the lakers, and target the many tributary outflows for the ’bows. Superior is also famed for its Atlantic and Pacific salmon (coho, chinook and pink salmon), especially near Sault Ste. Marie. The water temperatures are some of the best on the globe for all of those salmon species.

As well, Superior has a terrific population of northern pike, walleye, whitefish, burbot and, believe it or not, smallmouth bass. That’s just for starters, however—in all, some 88 different fish species can be found in this freshwater sea. So, not only is Lake Superior one of the most scenic lakes we’ve ever encountered, it’s also one of the most diverse fisheries in all of Canada.