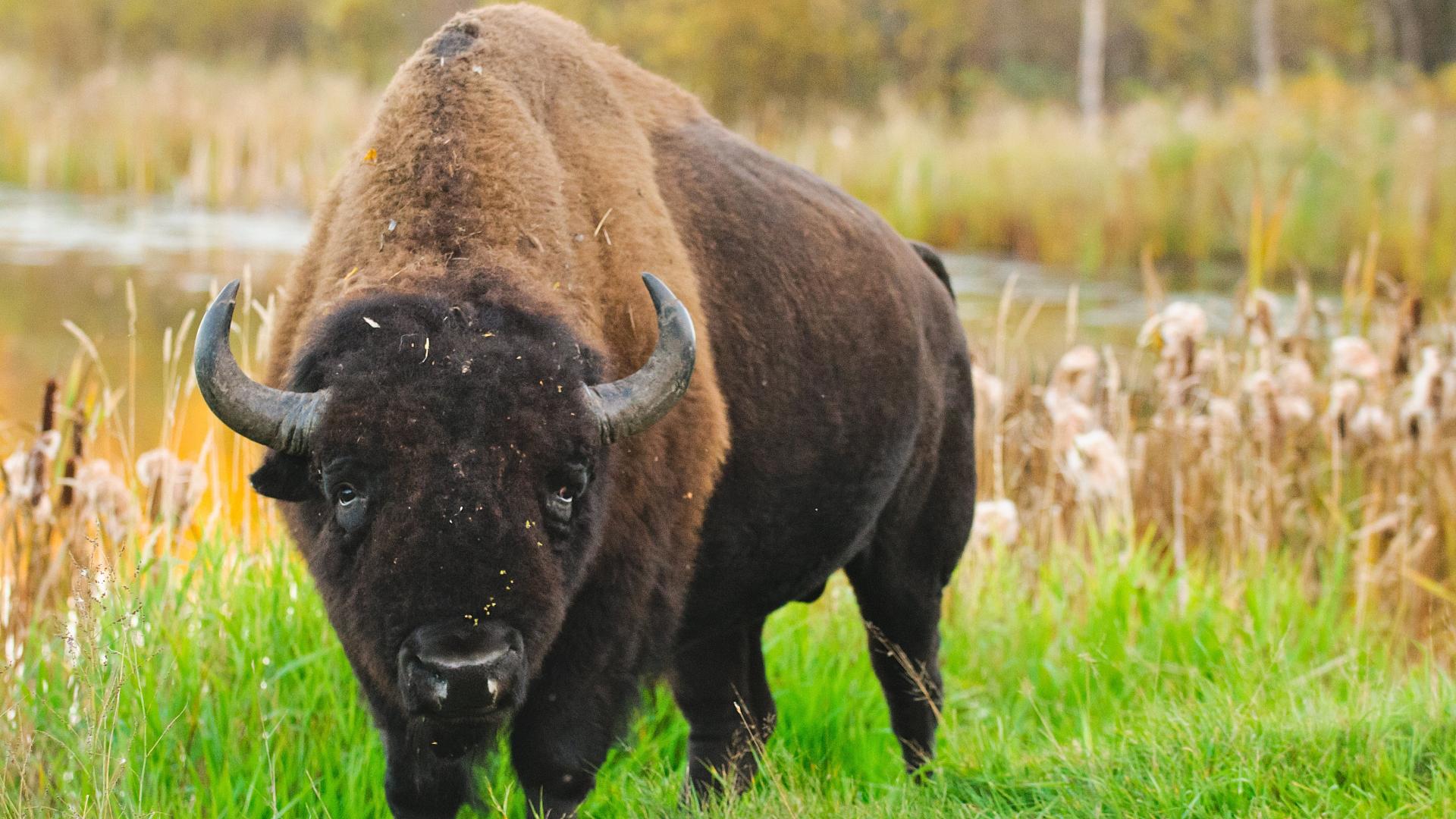 Reintroducing buffalo will degrade the environment and harm existing wildlife

As Alberta’s Banff National Park plans to celebrate its 150th anniversary in 2017, it looks as though those who’ve long been pushing for the reintroduction of plains bison into the park will finally get their wish: an ambitious $6.4-million plan to import 40 bison from the province’s Elk Island National Park is now slated for January 2017. The animals will be held in a paddock in Banff’s remote Panther River drainage, where they’ll ultimately be released to roam free—sort of. A number of drift fences have been erected to try to prevent them from straying outside the park.

While First Nations groups and some members of the public support the Parks Canada plan, many hunter groups, including the Alberta Fish and Game Association, have serious reservations. One of the biggest concerns is the impact the reintroduction will have on the region’s bighorn sheep and elk populations. The Panther River area’s elk herd has been decimated over the past decade, primarily because of predators, and many fear that introducing a new source of food for the wolves will only keep predator numbers high.

There’s also concern the bison will compete for forage in the park, and that the drift fences will interrupt the natural movements of other ungulates and create predator traps. One elk was already found tangled in the fence and had to be euthanized. Hunters warn this is just the beginning. Then there’s the threat of bison escaping the park and creating problems for wildlife and agricultural producers in neighbouring areas, as bison can reproduce at extremely rapid rates.

Many critics point to the Suffield Military Base as a classic example of the federal government’s mismanagement of species reintroductions. There, the elk population has grown out of control, leading to severe environmental damage and serious headaches for neighbouring farmers and ranchers. Many fear the bison scheme will create the same problems in Banff.

This is not Parks Canada’s first foray into bison reintroductions. In 1925, plains bison were moved to Wood Buffalo National Park, permanently diluting the genetics of the very bison the park was created to protect. Not only that, the introduced bison soon left the confines of the park, leading to the park’s expansion to include the new range farther to the south. Today, the park’s bison are carriers of both tuberculosis and brucellosis, and any animal that leaves the park is free game for Alberta hunters—a move designed to prevent the diseases from spreading to neighbouring domestic livestock.

In 2005, plains bison were also reintroduced into Saskatchewan’s Grassland National Park. That population expanded by 150 per cent in just eight years, demonstrating the reproduction capability of these large grazers. An eight-foot containment fence is required to keep the bison within the park’s boundaries, similar to the one that surrounds Elk Island National Park, leading critics to question whether these are truly reintroductions or simply the creation of large-scale zoos.

The negative impact on indigenous wildlife is obvious in all areas where bison have been reintroduced by Parks Canada, and I don’t see how anything will be different in Banff. Bison numbers will undoubtedly expand rapidly, and with the federal government’s poor record of managing large ungulates, we can expect either more fencing or the bison moving into surrounding provincial lands—neither of which is a great option.

It’s sad to say, but large ungulates such as bison can no longer inhabit our man-made national parks, at least not when it comes to free-range populations. The cost to other wildlife is just too high. Once we start fencing in wildlife in national parks, we’re doing the exact opposite of what the parks were intended to protect: wild spaces.

While it seems Parks Canada is determined to go ahead with the Banff bison reintroduction, in the years to come, I doubt it will give many sportsmen and women pleasure to say, “I told you so.” It’s time to accept humankind’s impact on the environment and accept that some things cannot be as they once were.