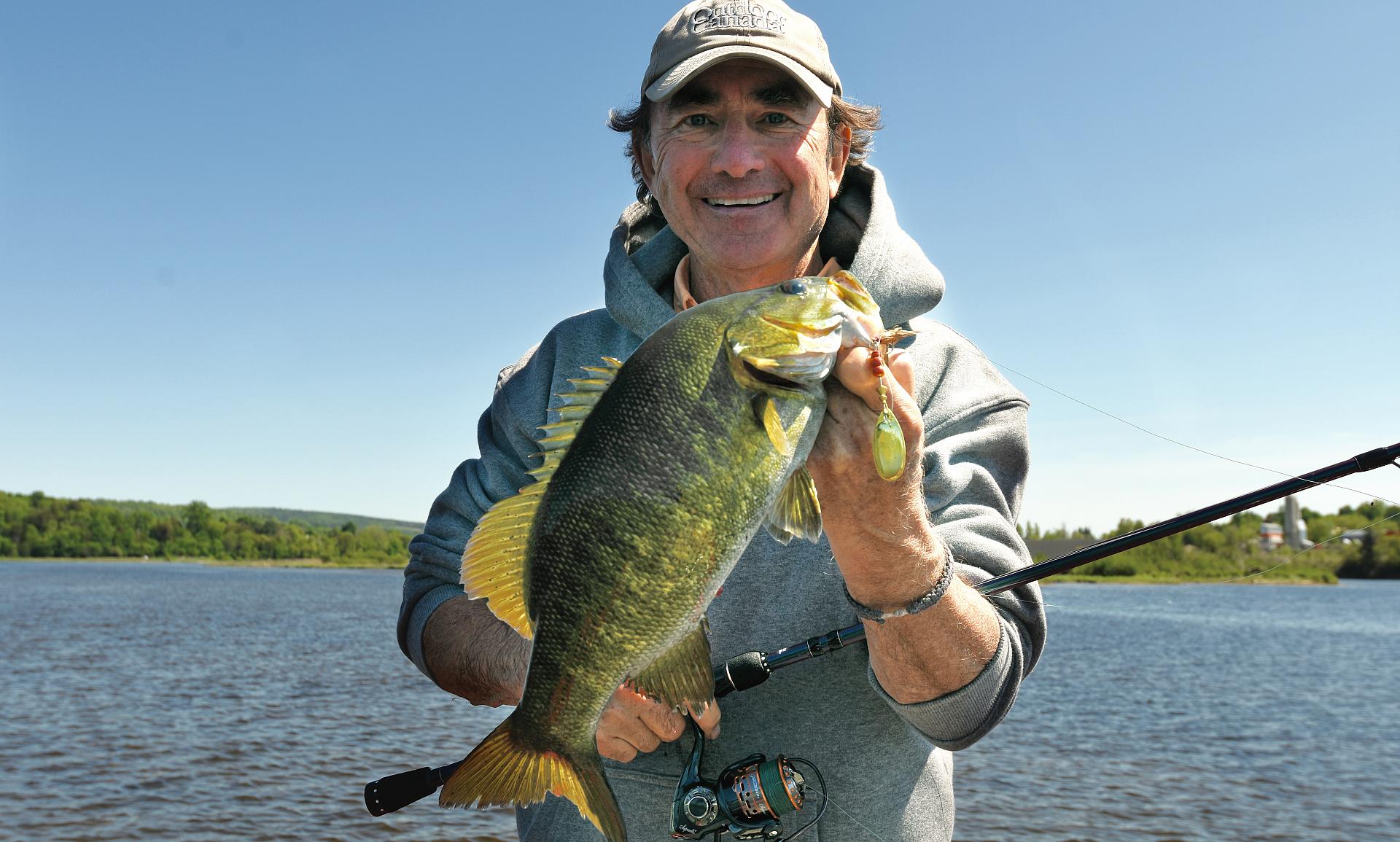 Go with the flow

Rivers offer some of Canada’s best but little known fishing for smallmouth bass. A top pro shares his old-school secrets for getting in on the action

I’ve never met another angler quite like New Brunswick bass pro Jason Gogan. These days, we’re bombarded daily by new fishing tricks from far-flung locations, and we can watch in real time as the best anglers on the planet compete in the biggest cast-for-cash events. Gogan (above), however, prefers to do things his way. It’s not that he tunes out the hype—he’s as sophisticated, tech savvy and up to date as any bass angler I know. It’s just that he understands better than most how smallmouth bass behave in moving water, and what it takes to make them bite.

So, unless Gogan’s certain that the “next best thing” is better than what he’s doing, he sticks with his tried-and-true tactics. And for good reason. Over the past three seasons, Gogan has had a dozen top-10 tournament finishes, including back-to-back wins in New Brunswick’s Triton Evinrude Bass Tour.

For each of the past two seasons, I’ve spent several days with Gogan, fishing his home water, the beautiful Saint John River. And at his insistence, I arrived each time with my bags stuffed with every new bass lure and rig available—all of which I’m certain the Maritime smallmouth had never seen. While I enjoyed some stellar action on the Saint John with my transplanted tactics, were they better than Gogan’s presentations? Nope.

Indeed, having watched Gogan wave his wand at the front of the boat, I’m convinced his strategies are worth emulating. While other anglers trip over a dozen or more pre-rigged rods lying on the floor of their boat and rotate through a plethora of tactics at every location, Gogan relies on just two old-school presentations—in-line spinners and tube jigs.

Gogan’s precise boat control allows him to cast close to shore and bring his spinner out to the current break, where he can see the ledge. As soon as the spinner swims over the edge, he lets it flutter down for a second or two before retrieving it back to the boat. Once it’s back at the boat, he again lets it flutter for a moment before reeling it up and making another cast.

“I’m certain the spinner mesmerizes the fish and causes them to follow it,” Gogan (above) says. “I can’t tell you how many smallmouth I catch every year right at the boat. Every strike is visible, too. You have to get used to it, because it’s hard watching them eat it. You have to be patient and wait until they have the spinner well inside their mouths.”

Gogan is also a stickler for switching back and forth throughout the day between a rods rigged with Mepps Aglias and rods equipped with Blue Fox spinners. As well, he experiments with different colours, including his go-to copper, firetiger and glow-white options. “Copper produces an enticing flash when it is sunny, fire tiger is best when the bass are feeding on young-of-the-year perch and glow-white is ideal when they’re eating smelt and other silvery bait fish,” he says, noting he also dresses the treblehooks with red hackle feathers and pearl Krystal Flash.

When I reminded Gogan that most bass anglers stuff so much equipment into their rod lockers and storage compartments that the added weight slows down their boats, he just shrugged. Says Gogan: “I can usually catch ’em on the spinner when they’re aggressive, and a tube jig when they’re not.”