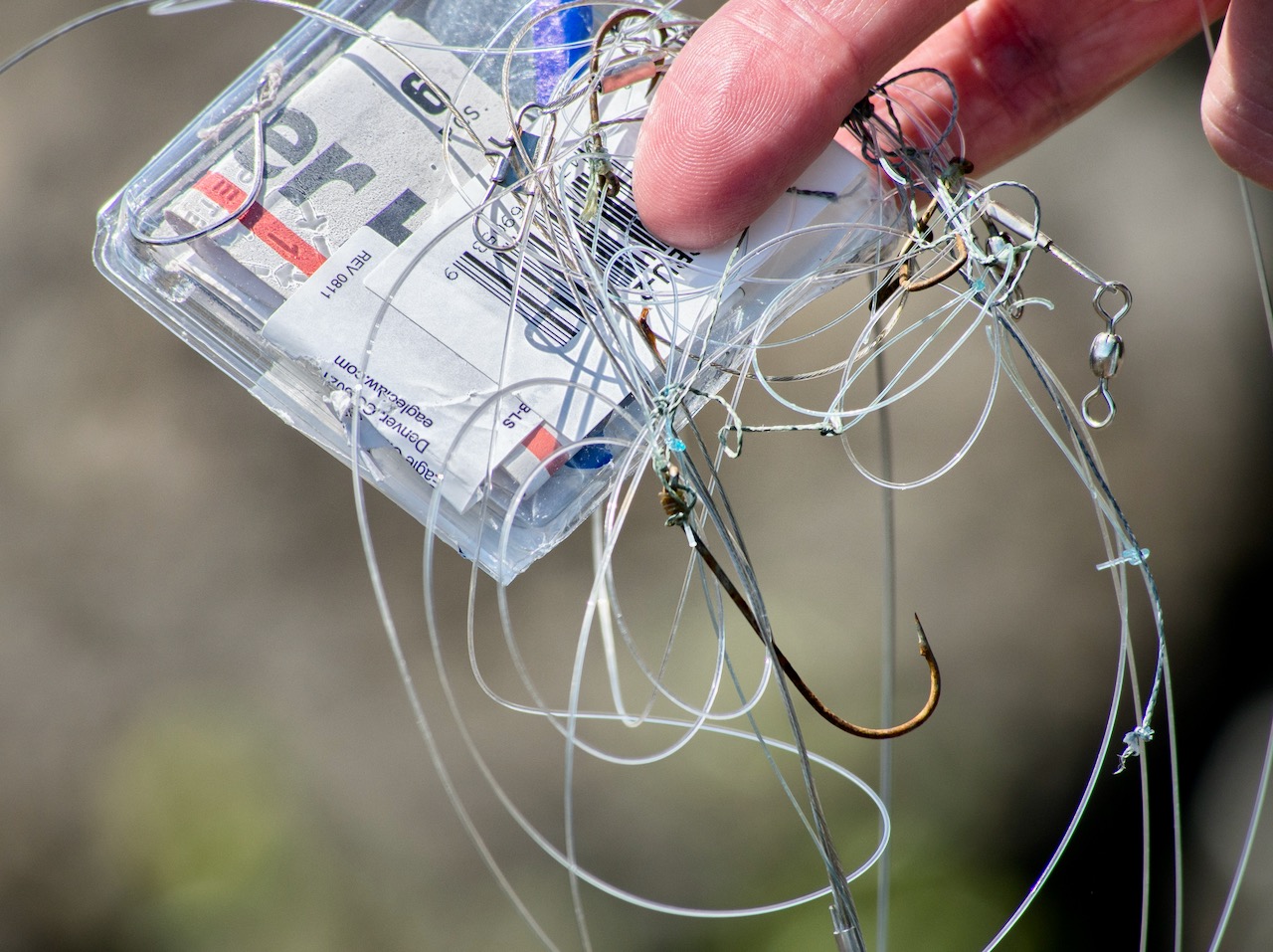 Why we must always clean up after ourselves in the outdoors

Why we must always clean up after ourselves in the outdoors

This past fall, I visited a Ducks Unlimited Canada conservation site in Alberta for a quick hunt. Public access to hunt this productive waterfowl location, as with many DUC sites, came about through an agreement with the private landowner.

As I made my way through a field studded with cow patties and into a thicket of brush lining an impoundment, I came across an increasing amount of shotgun shells and other refuse left behind by hunters. Tim Hortons cups, plastic wrap and empty boxes of ammunition stood out against the vegetation. There were also dead, unrecovered birds.

On another occasion, an evening stroll along a reservoir popular with anglers turned up piles of fishing line and discarded baits at practically every accessible section of shoreline. And once during a grouse hunt on some crown land popular with hunters and other outdoor recreationalists, I discovered several areas absolutely littered with empty shell casings and piles of shot up beer cans and cheap homemade targets. Such scenes, I believe, are harming the overall image of the outdoor community.

Anglers and hunters pride themselves on the money they contribute to conservation efforts each year. Certainly, many past and current conservation efforts would have been impossible if not for the funds generated from tag and licence sales. Then there are the donations anglers, hunters and trappers make to various conservation groups around the country. Year after year, they also contribute great amounts of their own time to ensuring wildlife populations and habitat remain healthy for the enjoyment of all members of the public.

It evidently bears mentioning, however, that handing over money with one hand while leaving behind trash with the other is hardly effective conservation. And perhaps of equal importance for the future of our outdoor lifestyle, it’s definitely not good public relations.

From my own observations, it seems most members of the non-hunting public eat meat in some capacity, and few take issue with those of us who choose to harvest our own food. They do take issue, however, with the piles of garbage some of us leave behind on land we agree should be shared by everyone. And that is driving more and more members of the public to view hunters and anglers as slobs who take for granted—and take advantage of—the privileges they’ve been given.

Make no mistake, hunting and fishing is a privilege no different from other licensed activities. We wouldn’t consider it acceptable to leave a burned-out car wreck on the side of the road, so why do we insist on doing essentially the same thing in the areas we claim to protect?

At the risk of coming across as preachy to my outdoor peers, I want to be clear that I understand shells are quick to disappear into the brush, and that snagged fishing line isn’t always easy, or even possible, to retrieve. In some locations, anglers and hunters may not even be responsible for the majority of the trash that piles up. For better or worse, however, as self-proclaimed stewards of wildlife we have the responsibility, both publicly and personally, to take the time to keep the outdoors clean.

So, where do we start? One good way is to bring a garbage bag when you go fishing or hunting, and fill it with the trash you can easily and safely pick up. If we all did this every time we headed afield, our shared areas would be substantially cleaner. If you hunt or fish with a few buddies or as part of a larger club, you could also organize a clean-up day and fill a few pickup beds with trash. Images on social media of such initiatives are as important as photos of big bucks and bass when it comes to the positive promotion of hunting and angling.

Like it or not, our continued access to public lands depends on public opinion, and cleaning up after ourselves remains the most visual way of helping to protect our traditions. After all, a single shotgun shell lying in a pile of otherwise unidentifiable garbage provides easy fodder for those who would like to see our outdoor lifestyle erased. Garbage bag, anyone?