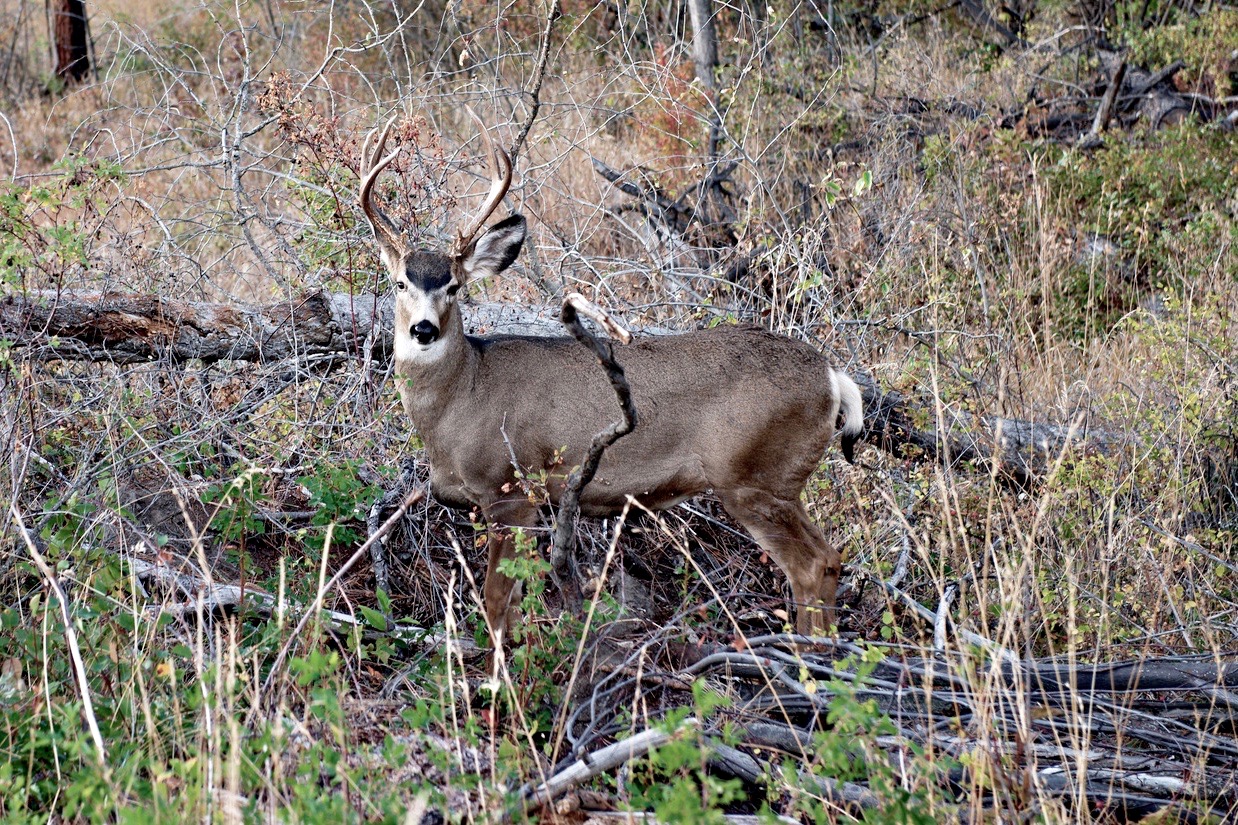 Why your opinion about dealing with chronic wasting disease is important

Insidious. Dire. These two simple and provocative words have been used to describe the impact of chronic wasting disease (CWD) on deer species in Canada, and they demand action. But are these words working? Are they leading to preferred actions to limit the disease, based upon the best available evidence?

CWD ostensibly arrived in Canada on the back of farmed elk in 1996. Since then, the disease has spread across much of Alberta and Saskatchewan (in 2018, it was also found in a Quebec game farm). Accordingly, there has been significant scientific research into its current transmission among cervids, and possible transmission to other wildlife species, domestic animals and humans.

Despite these ongoing efforts, a lot remains unknown, particularly around the viewpoints of people impacted by the disease. Science can tell us about the biological impacts and pathways, but to make well-informed policy decisions, we need information on the costs and benefits, who is affected (positively and negatively), and the acceptability of options. That means talking to people, learning about their perceptions, preferences and opinions.

In the early 2000s, I was an undergraduate student in rural Alberta, and CWD was on the periphery of my world. I was more concerned with escaping the classroom on cold November mornings and tramping through the woods looking for deer than I was with news of some new disease—even if it did impact the animals I was hunting. Returning to live and hunt in that same landscape today, my focus has changed.

Working as a researcher at the University of Alberta’s Department of Resource Economics and Environmental Sociology has provided me with the opportunity to explore this issue with thousands of citizens across Canada, including Indigenous peoples, landowners, professional outfitters, hunters, cervid farmers and members of the public. Throughout it all, people have communicated their viewpoints and completed surveys to assist me and my CWD research team colleagues (named at the end).

In today’s increasingly polarized social and political climate, it has been illuminating to sit down with others who often have sharply differing viewpoints. I have heard that the disease and its described severity is a conspiracy, that it is not a conspiracy, that government should do more, and that government should do less. It is only through such conversations, built upon rigorous research methods, that we can work together towards a coherent response to CWD. And what do these results tell us?

Overall, Canadians are concerned and want something done. Not surprisingly, however, management preferences also sharply differ among the various groups. Many Indigenous peoples are concerned because they have a cultural connection to these animals, which also account for a large portion of their diets. Sport hunters are concerned about sustainable and healthy game populations. Cervid producers are concerned for their livelihoods and fearful about transmission from the wild. Professional outfitters, meanwhile, are concerned about impacts on their business from the disease, and from the management approaches governments use to limit its spread.

Our research also shows that, over time, familiarity reduces such concerns. Alberta’s mule deer hunters have faced the disease since 2005, for example, but they’re continuing to hunt in CWD hot spots—this when 17 per cent of hunter-submitted mule deer heads tested positive last season. And many hunters ate the venison before the heads had even been tested.

Surveillance for the disease will require active participation by hunters, wildlife managers, rural landowners and the public at large. The better the surveillance, the easier it may be to develop management options, which may eventually include vaccination and user-managed environmental and antemortem tests that are acceptable among the disparate stakeholders.

Regardless of opinions on how CWD should be managed, the disease is impacting wildlife in Canada—wildlife that is part of our culture. We eat these animals, revere them, raise them, hunt them, guide others to them, spend money on them and get paid for them. We rely on them. To use a common term during these pandemic times, we are in this together. As management tools evolve, it will continue to be important to share viewpoints, making this issue a little less insidious, and a little less dire.