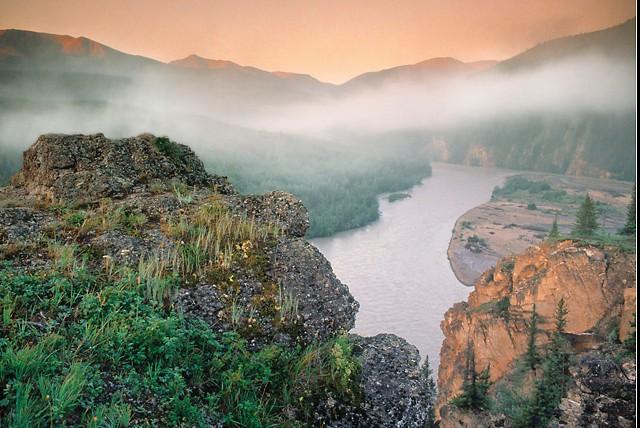 A primer on adventuring in one of Canada's wildest places

More mountainous overall than the Muskwa-Kechika, this Alberta park has so far been spared the commercialization of nearby Banff and Jasper National Parks, as well as the rampant encroachment of civilization in other parts of the Rocky Mountains’ east slope. In many respects, the Willmore Wilderness is a throwback to a time when anyone expecting kid-glove services would be in for a rude surprise. Indeed, little has changed since the park was founded in 1959 at the behest of hunters, trappers and outfitters fearing the loss of their beloved territory.

Motors of any kind are strictly taboo in this 4,597-square-kilometre territory just north of Jasper—visitors are either on foot or on horseback. Pack trains follow old traditional routes up river valleys into the backcountry beyond, stopping at familiar campgrounds along the way. Trekkers also wend their way up into the breathtaking high country, following trails used by the fur traders of yore and the aboriginal hunters before them.

There are also age-old game trails cut into the black earth of the forest floor by woodland caribou and elk or, up on the windswept ridges, trodden into the scree by generations of bighorn sheep and mountain goats. And here and there, along the trail or in the sand of a stream crossing, you’ll find an enormous, clawed pugmark, a sobering reminder that the Willmore Wilderness is one of the few remaining strongholds of grizzly bears—something even visitors on fully outfitted dude rides need to understand.

Few bridges span the streams that can swell from knee-high depths to utterly impassable in a matter of hours. Three-day blizzards can howl in to completely paralyze all travel in the height of summer, and the few ranger cabins scattered around the park are not intended for public use except in case of emergency. No, the Willmore is a rugged, wild place where the crags soar to scratch the sky, where game animals are still abundant and where you can measure the fabric of your core. For those who pass the test, there’s no place like it.